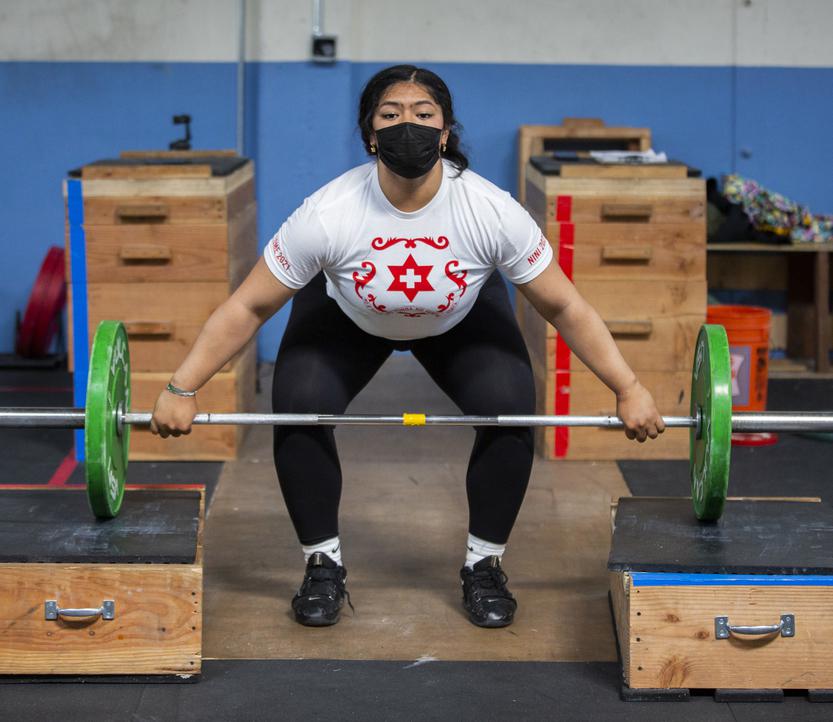 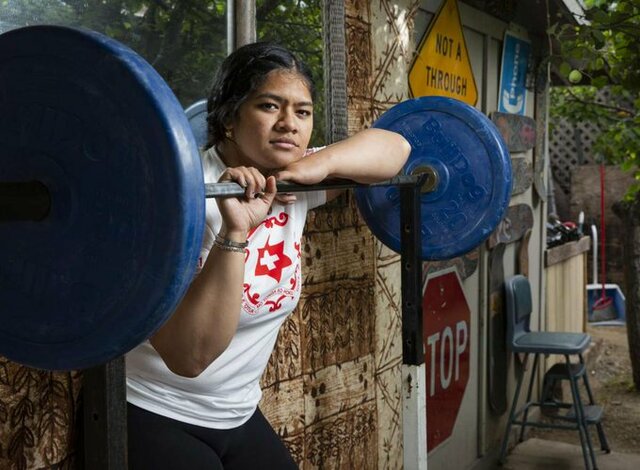 Kuinini “Nini” Manumua is a member of The Church of Jesus Christ of Latter-day Saints (often referred to as “the Mormon Church”). She was born in American Samoa but spent the first 10 years of her life in her parents’ home country of Tonga. When she was 10, her parents and siblings moved to San Francisco, settling first in the Oakdale housing projects and then to another development in Hunters Point.

She told the San Francisco Chronicle, “It was a little scary. I had to stay inside because it was too dangerous to go outside. My parents had to find jobs to provide for us, so I had to take care of my siblings and cook for them and make sure they were safe.” 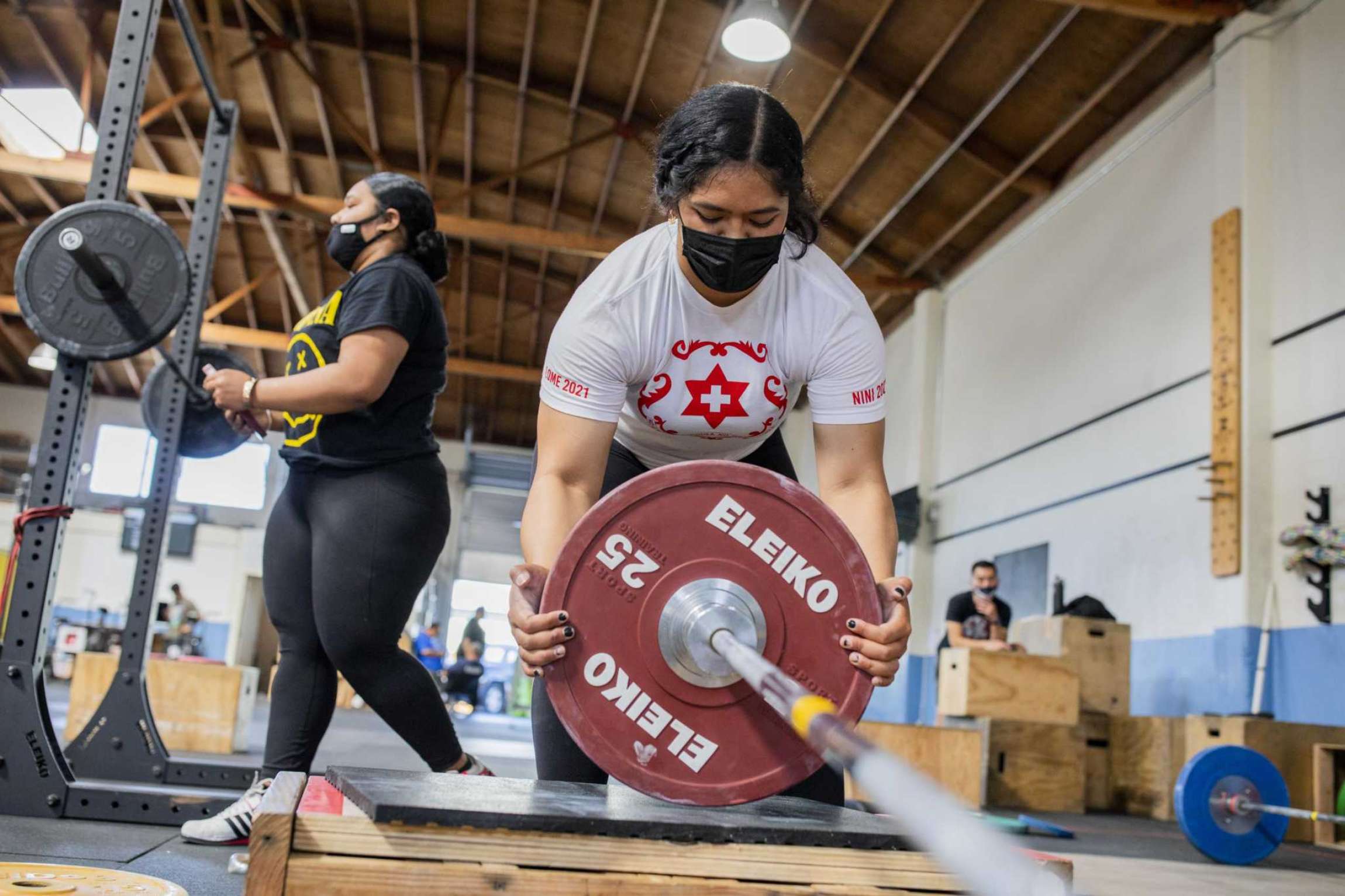 Kuinini was a natural athlete. She played basketball, volleyball, and competed in shot put and discus in track and field. At the young age of 13, when she was a freshman at Abraham Lincoln High School, she started weightlifting in an afterschool program.

At first, she had said, “I hated lifting. I dreaded it.” With the encouragement of her coach, Kevin Doherty, by the end of her freshman year, after just a few months of lifting, she went to the youth nationals and won. At the age of 17, she made the youth world weightlifting team, and in her first international competition, she earned bronze. She told the San Francisco Chronicle, “That’s when I thought I could potentially be pretty good.”

Now, the 20-year-old athlete is about to make history at the Tokyo 2020 Summer Olympics as she becomes the first woman ever to represent Tonga in the sport of weightlifting. On 1 July 2021, while in the airport on the way to a collegiate weightlifting competition in Detroit, she got the news that she had received a tripartite invitation — a kind of wild card Olympic berth for underrepresented countries. She said, “It was so exciting. I was crying I was so happy. . .I never thought I could represent Tonga. It’s such a blessing.” 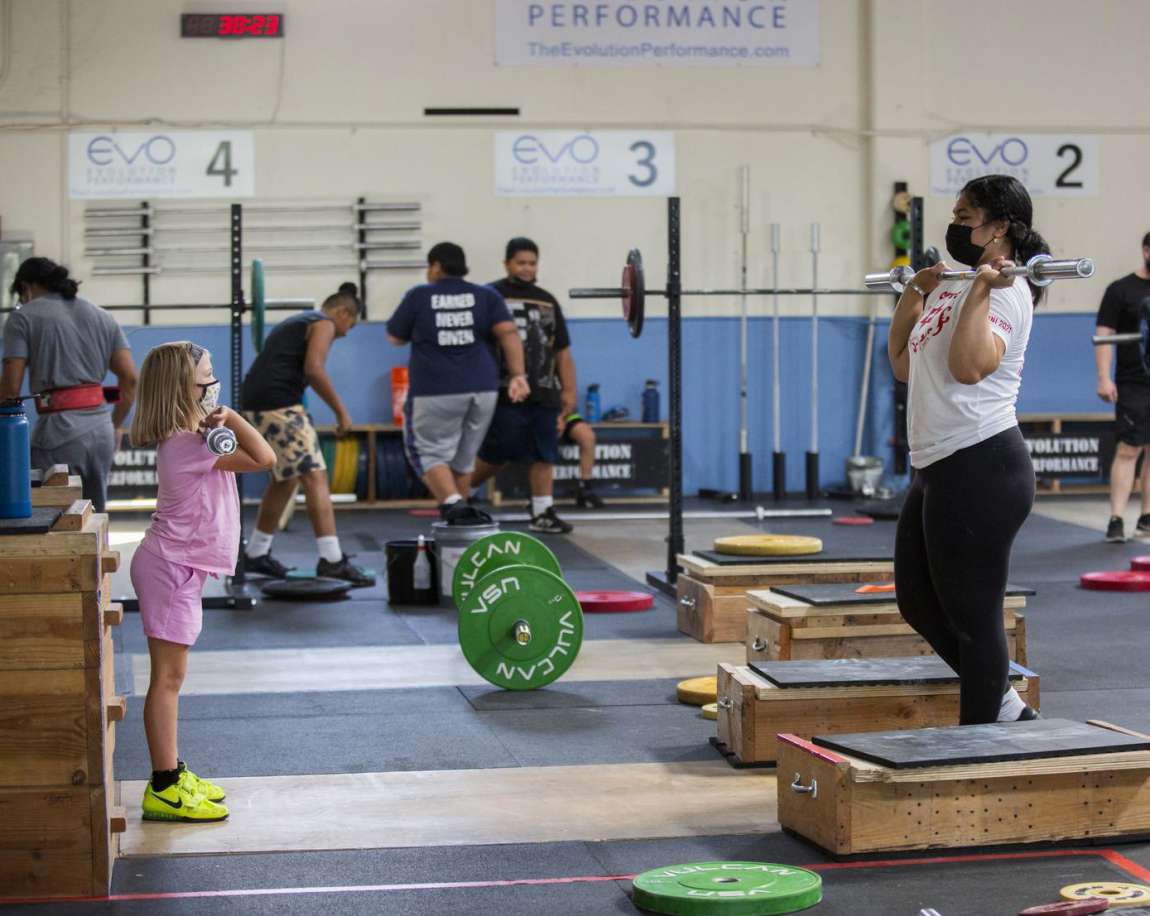 LDS Living reports that aside from qualifying for the Olympics, Kuinini is working on getting her clean and jerk weight record over 300 pounds. Kuinini weighs 240 pounds herself and can snatch above her own weight at an astounding 110 kilos — or 242 pounds. She told KTVU Fox 2, “It’s very empowering for a girl to do lifting. It makes me feel strong.”

The San Francisco Chronicle reports that while she was training during the pandemic, she caught a clean and jerk wrong and heard a pop in her knee. A scan showed a hairline fracture across her patella. Thankfully, the COVID shutdown gave her time to heal, and she is now lifting pain free.

Kuinini will be accompanied to Tokyo by Ben Hwa, an assistant coach who has been working with her for years. He told KTVU Fox 2, “To have the background that she has, to make it to the Olympics, I don’t know what better story there is.” Kuinini added, “A lot of people may say you can’t do it where you’re not coming from the best circumstances. You find a way to do it.”

Kuinini is also the first member of her family to attend college. She is currently studying business at San Francisco State University and is on track to be the first in her family to earn a college degree. She hopes to get her contractor’s license to help her father launch a construction business. She also is trying to decide when she will serve her mission for the Church. Her younger brother, Sikot, who was a standout football player at Abraham Lincoln High School, is currently serving his two-year mission in the Alaska Anchorage Mission.