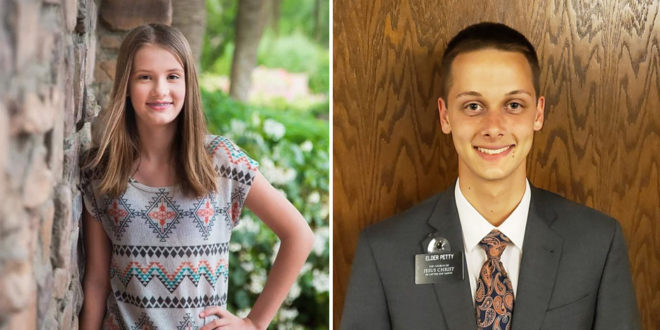 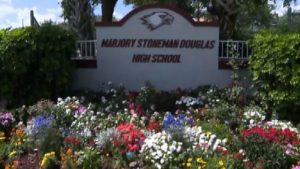 The students at Marjory Stoneman Douglas High School in Parkland, Florida, as well as their parents and others, will not soon forget the horrific events that took place on 14 February 2018. On that tragic day, a gunman opened fire with a semi-automatic rifle, killing 17 people and injuring 17 others. Witnesses later identified the gunman as a 19-year-old former student at the school, Nikolas Cruz.

One of the victims of the mass shooting was Latter-day Saint teen Alaina Petty. Her brother, Patrick Petty, is currently serving a two-year mission for The Church of Jesus Christ of Latter-day Saints (often referred to as “the Mormon Church”) in Illinois. On the second anniversary of his sister’s death, Elder Petty shared his testimony and four important truths he has learned.

Elder Petty began his Facebook post by saying, “2 years ago we lost 17 beautiful people. It was an unspeakable horror, a tragedy. My wonderful sister, Alaina, lost her life. I never thought I could feel joy again.” He then continued by sharing four truths he has learned, using scripture references to emphasize each point.

The first truth that he shared is “Jesus Christ descended below all things. He suffered our pains, afflictions, temptations, sicknesses, infirmities, sins and even death. He suffered so we don’t have to.” He referenced Alma 7:11-13 from the Book of Mormon. Verse 12 reads, “And he will take upon him death, that he may loose the bands of death which bind his people; and he will take upon him their infirmities, that his bowels may be filled with mercy, according to the flesh, that he may know according to the flesh how to succor his people according to their infirmities.” 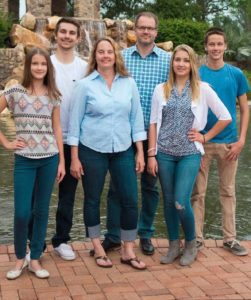 The fourth truth that Elder Petty shared, using Doctrine and Covenants 64:10 as his reference, is “Jesus Christ commands us to forgive all men. It may not be easy, it may take a long time, but he is a perfect judge. When we forgive, we free ourselves of anger and we break loose from the grasp of Satan.” Elder Petty then concluded his post by bearing his testimony, saying in part, “I know that Jesus Christ lives. I feel His perfect love every day. I know Alaina will live again, I know I will see her again and I know that she is in Paradise, looking down upon us all. No matter what trial, temptation or affliction you are facing Jesus Christ is the way through. . . .I cannot say that I have fully forgiven this terrible act, but I am trying, and I know my Father in Heaven sees that.”