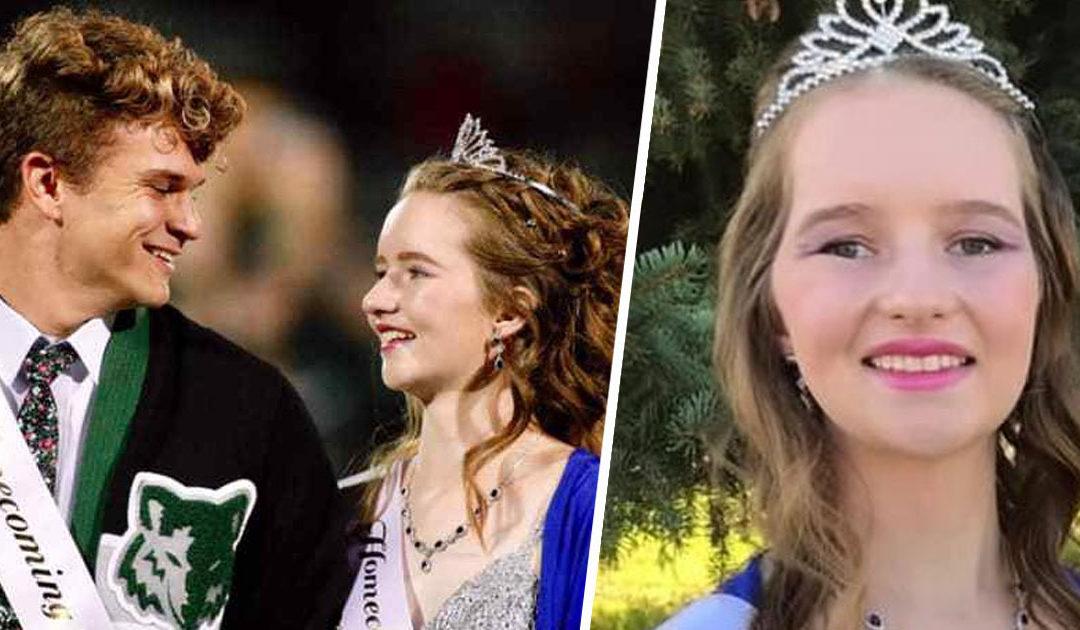 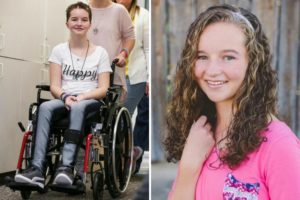 In February 2017, Deserae Turner, a member of The Church of Jesus Christ of Latter-day Saints (often referred to as “the Mormon Church”), was shot and left for dead in a cold canal in Smithfield, Utah. After enduring 10 brain surgeries, as well as several other surgeries and extensive physical therapy, many say that it is nothing less than a miracle that she is still alive and doing so well, albeit it has not been without a tremendous fight. She told KSTU, “I am not a complainer. I don’t like complaining.” She says that she loves to show off her scars as they are a part of her story.

In spite of all that she has been through, Deserae continues to press forward. On Friday, 27 September 2019, the 17-year-old survivor was crowned Homecoming Queen of Green Canyon High School in North Logan, Utah. She told KSTU that she sometimes thinks to herself, “I was just a homecoming queen, there’s nothing special about that. But if you think about what I’ve been through, yes — it’s very special. It is very awesome.” Fox 5 San Diego.com reports, “You wouldn’t know what Deserae has gone through just by meeting her. Her positive and bubbly personality is hard to miss. Her smile is infectious.” 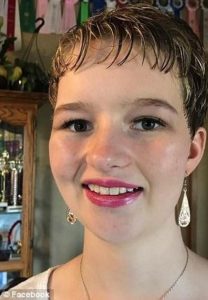 When she got the news that she had been selected as homecoming queen, she had to keep it a secret from everybody, including her family, which was not an easy task. Before making the big announcement, she was bouncing around with excitement and told her sisters, “I am going to be in the homecoming parade!”

If Deserae was going to be the homecoming queen, she needed to look the part. She needed a dress that would be befitting of the occasion, and someone to do her hair and makeup. Once her mom, April,  shared the wonderful news on Facebook, donations started pouring in. Everything that Deserae needed to fit the part of being the homecoming queen – from her sparkling dress to her “glam squad” – all came donated. Both mother and daughter agreed that the outpouring of love and support was overwhelming. April said, “When people were volunteering, it was happy tears. And again when people were cheering for her, it was happy tears again.” Deserae added, “It just gives you that comfort and love that, yes, I am truly loved. Everybody needs to know that feeling.” 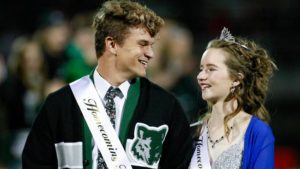 April expressed that her daughter being given the title of homecoming queen means the world to her. She said, “Something super awesome and super exciting. Something super big that she can enjoy and have good memories for the rest of her life.” Deserae said that she felt like Cinderella and at one point she even lost her shoe. She said, “The homecoming king got down and put my shoe on and I totally felt like Cinderella. It was a beautiful moment.” Many people in the community were there to share the special moment with her. Multiple Green Canyon students and even the principal told KSTU how special Deserae is and how wonderful it is that she is the school’s homecoming queen.

Deserae Turner has two more surgeries coming up this year. She is also looking forward to graduation and plans to serve a mission for The Church of Jesus Christ of Latter-day Saints when she turns 19.

You may also be interested in reading the following news story: From pain and grief to healing: Deserae Turner’s story of survival after being shot and left for dead.