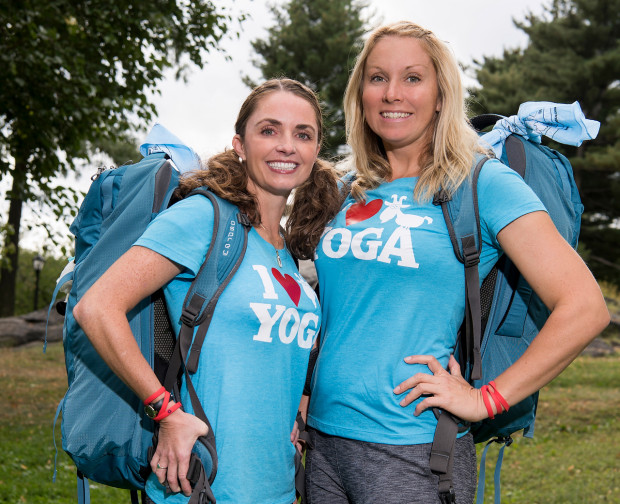 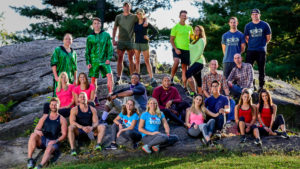 Season 30 of the CBS reality television show, The Amazing Race, comprised of 11 duos competing against one another is underway. On the show, contestants must complete difficult challenges in foreign countries, all the while racing against one another, hoping that they are not the last one to finish the leg of a race and thus being eliminated. To add to the challenges, the contestant cannot use a GPS to help them.

The premiere came down to a 30-second race to the mat because of a 30-minute penalty. In a photo finish, The Yogis, comprised of LDS duo April Gould and Sarah Williams, inched ahead of The Ring Girls, Dessie Mitcheson and Kayla Fitzgerald, to take 10th place with Sarah barely landing on the mat before Dessie. Host Phil Keoghan commented, “In 30 seasons, I’ve never seen it this close.” With their win, Sarah and April move on to the next round of The Amazing Race.

Though it was only the first episode of the season, April and Sarah have already had to face several challenges. After landing in Iceland, the show’s first destination, they struggled to find their first challenge. They ziplined 150 feet across a river canyon with the white water churning below. After finally retrieving the Icelandic flag pinned on the zip line cable, they found themselves faced with another daunting obstacle. They had to choose whether to remain true to their faith or take the easy route to a chance at winning the $1 million prize.

LDS Living reports that the “decision was compounded by the fact that it was April’s dream to compete on the show. She had already planned out what she would spend the money on if she won.” She told LDS Living that her plans are “Pay [my] tithing, pay off the house, then put up a flying trapeze. I just love trapeze and I’ve always wanted to start a little circus for kids so that’s what I wanted to do.” 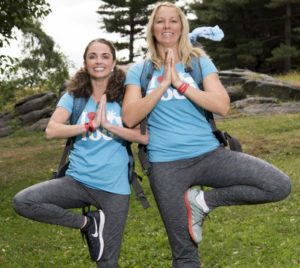 This is not April’s first time competing on national television. She was a contestant in the seventh season of American Ninja Warrior, taking the name “goat whisperer,” in 2015. Why the unusual name. Because, one of her pursuits is operating a goat yoga studio in Gilbert, Arizona. Her reason for competing in The Amazing Race was to show her kids they could do hard things and accomplish their goals.

The duo chose to gulp down cod liver oil versus taking a shot of liquor. April told LDS Living, “We told them that it was against our religion to drink alcohol and, so they let us both drink the cod liver oil instead. It was disgusting.”

In another interview, April told LDS Living that she and Sarah were questioned about their faith even before the show began. She said, “They asked us questions about our religion and about the Word of Wisdom. And they were saying, ‘I know you can’t drink, so would you drink?’ And we were like, ‘No.’ and they were like, ‘What if it was the very last challenge. A million dollars, would you?’ And we were like, ‘No.’ . . . There were times where we had to choose to do things that were against our standards and we chose not to.”