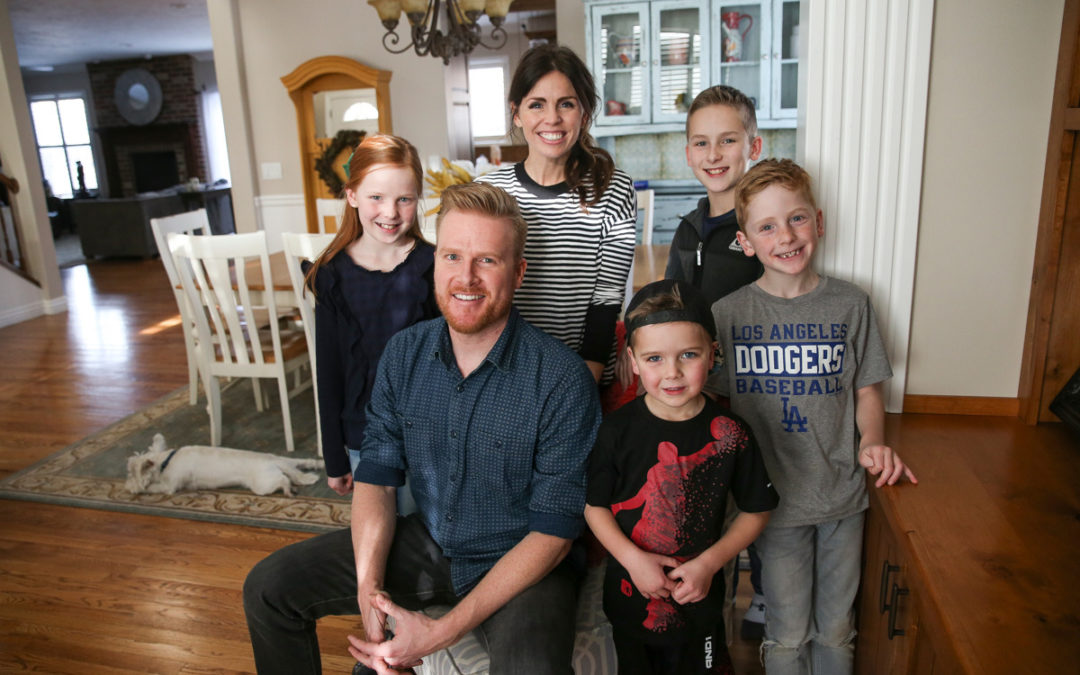 Scott Warner shares messages of cereal, football, music, and goodness on his Twitter account. His most recent Twitter post shows a picture of him with cereal containers that the Marriot Hotel offered him as he stayed in their hotel. Another post includes a video of Family Feud.  Through his love of sports and cereal, many follow for his funny take on events and his positivity about life’s hard times.

Scott told Deseret News that his motivational tweets are mostly him talking to himself. It is the motivation that he needs to keep going during the day. This LDS dad is an entrepreneur who has had his fair share of difficulties in his life. He strives to stay positive in this negative world. His main goal is to share goodness. He told Deseret News, “People that share light will always be needed so I try,” Warner said. “While I have my hard times and I’ll talk about them through my social channels at times, I think it’s so important to share goodness because the world needs it.”

When Scott was in middle school, his parents were overcoming a poor business investment and left Scott to pay for his own clothes, gas, and lunch. He would get up at 2 a.m. to roll up newspapers and deliver them to neighbors.  Scott was grateful for this experience. He said “I actually cherish those tough times,” Warner said of his family’s financial struggles. “My mom and dad always instilled confidence in us when we were young and I think that pushing our butts out the door to make money created confidence in all of us.”

Scott served as a missionary in Nashville Tennessee. He related that his times as a missionary were hard even though that he was used to going door-to-door when he was younger. It really helped Scott figure out and sort through his life. He talked about his Mission President and his influence in his missionary experience.

Now Warner is a successful entrepreneur who has managed the opening act and the marketing of the Stadium of Fire. He is the CEO and founder of Gigg Inc. Gigg is a consulting business that helps drive up competition to get businesses noticed. They help consult, create, develop, interact, and venture. He has also helped other family members launch their own businesses, from a BBQ restaurant to a blog. His young difficulties with helping his parents really taught him how to build a business and become successful.

Along with sports, cereal, and positivity, his family is a huge factor in his life. He talked about how he really hopes that through social media and through letting others in, it will help others feel like they belong. “I think there is so much good that can come from letting people in, letting them see, be apart of, feel apart of a family,” he said.

Follow Scott Warner’s Twitter account to see how his family life unfolds and see how his motivational and positive remarks affect the world and internet around him.