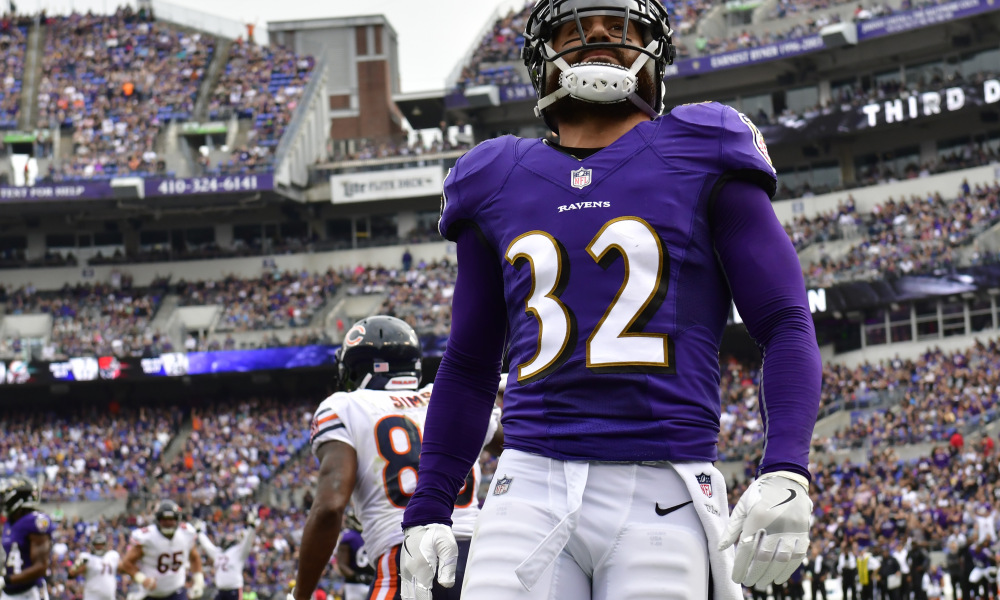 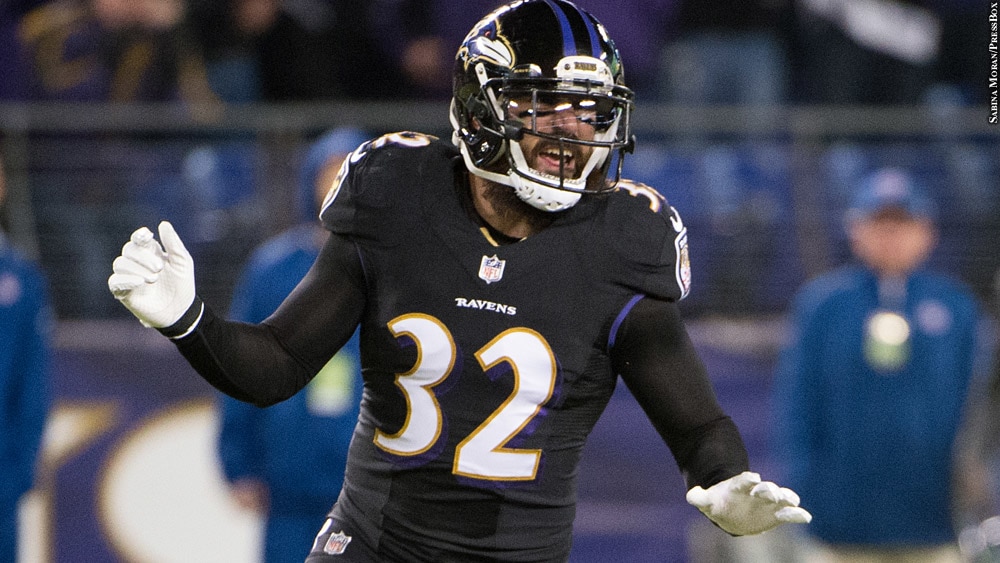 Eric Weddle, a former football player for University of Utah, wears many hats – husband, father, NFL free safety for the Baltimore Ravens, University of Utah alum, and member of The Church of Jesus Christ of Latter-day Saints. He is also the subject of a book by Trent Toone titled No Excuses, No Regrets: The Eric Weddle Story.

Now, in his 12th year in the National Football League, Eric Weddle is up early every morning and out the door by 5:30 am, arriving at the Baltimore Ravens’ practice facility 90 minutes ahead of his teammates. During that time, he continues with the same workout regimen that he has had since being drafted out of Utah – he lifts weights, stretches, and recovers in a cold tub. For years he has tried to get some of his teammates to join him, but the few that he was able to get to try it never stuck with it, until recently. He told Deseret News, “It’s not for everyone. This year I’ve recruited a few guys and they’re doing it. They’ve seen how it helps me. It gets your body and mind going.”

Eric normally stays behind after the last of the team meetings to study film, which often has him arriving home after dark. He said, “The way I approach the game is to treat every day like it’s my last. I get everything out of myself to get the most out of my dream. I never take anything for granted.”

Deseret News reports, “The 33-year-old Weddle is among the premier defensive backs in the NFL and one of the greatest players ever to come out of the Utah collegiate ranks. Only Merlin Olsen, Steve Young and Larry Wilson — the state’s only Pro Football Hall of Famers — and Todd Christensen — who should be in the Hall — and Steve Smith — who will be in the Hall — rank ahead of him in NFL accomplishments.” 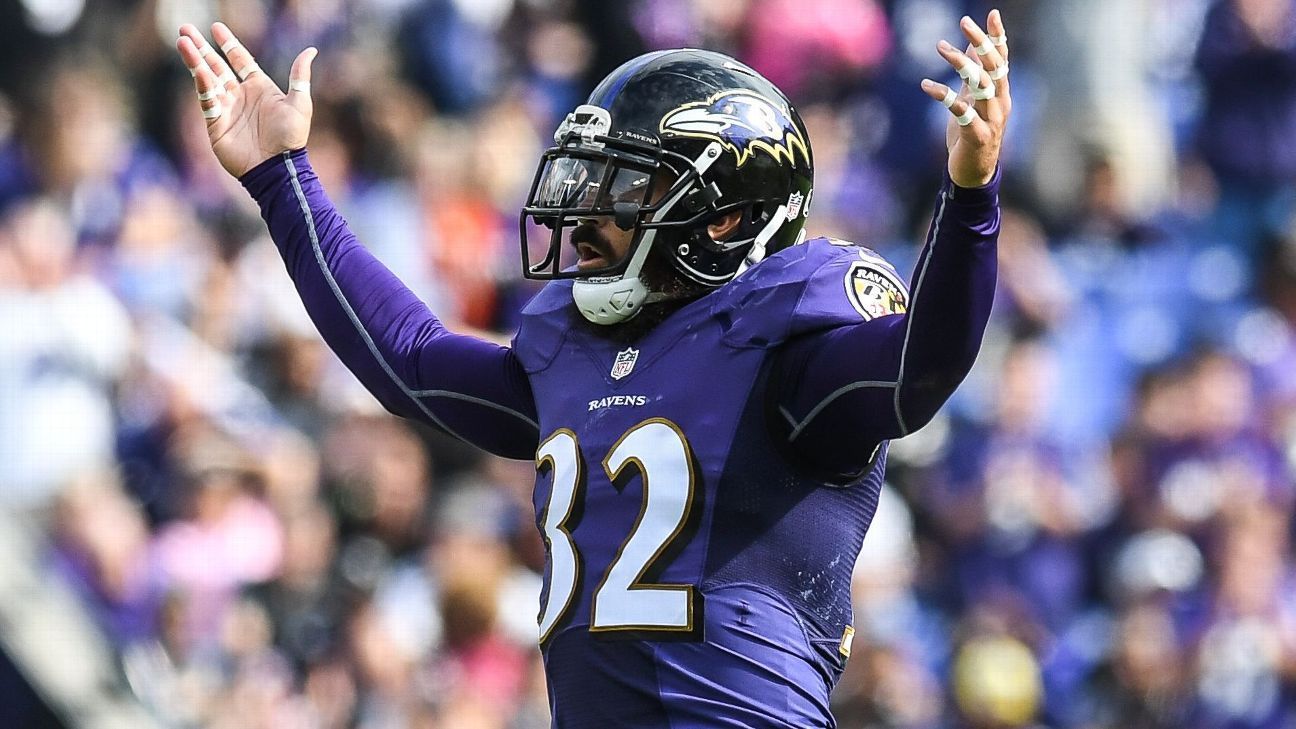 Eric’s hard work and preparation have served him well. In a little more than 11 seasons, the 5-foot-11, 200 pounds free safety has missed only seven games, has played in all 16 regular-season games eight times, and missed only one of 49 games at Utah. He told Deseret News, “I’ve played through a lot of injuries that could’ve sat me down. If I don’t push through an injury and my job gets taken away from me, I don’t think I could live with myself. I push through it. I can handle pain. . .. [If] I can run, I can play. I couldn’t not be out there. I love this game so much. I know ‘what it takes.’” He has played in games through shoulder separations, acromioclavicular (AC) joint separations, and injuries to his neck, hip and back.

Eric is a five-time Pro Bowler, a two-time first-team All-Pro and a three-time second-team All-Pro. He has collected 29 interceptions (four returned for touchdowns), 785 solo tackles, and 224 assisted tackles, and felt the pain of each during this last offseason. It took four months for the pain to go away.

Eric Weddle had an outstanding collegiate career. He was a four-year starter and a two-time Defensive Player of the Year in the Mountain West Conference, and a first-team All-American. He was so valuable that the Utes moved him all over the field. He started at right cornerback, left cornerback, nickelback and strong safety and played running back and wildcat quarterback on offense throughout his senior season and part of his junior. He also was the holder for field goal attempts and returned punts. finished with 143 tackles (90 solo), 10 sacks, 22 tackles for loss, 23 pass deflections, 18 interceptions, nine forced fumbles, six fumble recoveries and 10 offensive and defensive touchdowns.

Deseret News reports that Eric was the best all-around football player in the country. Wyoming coach Joe Glenn told reporters, “He should win the Heisman Trophy … I sincerely mean that.” Unfortunately, Eric did not get a single Heisman vote.

Eric said, “In the game, there are things I do or the way I react that I can’t explain and can’t teach. When you get to this level, that’s what separates you. There are guys faster than me who can’t get to the ball faster than me because they don’t know what’s going on. Preparation, study, my mind … have separated me.”

Eric has been named to the Pro Bowl in both seasons with the Ravens. He has two more seasons on his contract with the team. He commented, “I’m still surprised when I think about it, when I sit back and look how far I’ve come and how long I’ve played. I’ve been lucky and blessed. I haven’t had many injuries — that’s a big hurdle for a lot of guys — and you [must] be good. … I’ve always been driven to be the best. I never backed down, whether it was older kids or a new team. I was never scared, never intimidated, whether people liked me or not. I’m out to prove myself.”

The NFL’s Got Some Musical Talent