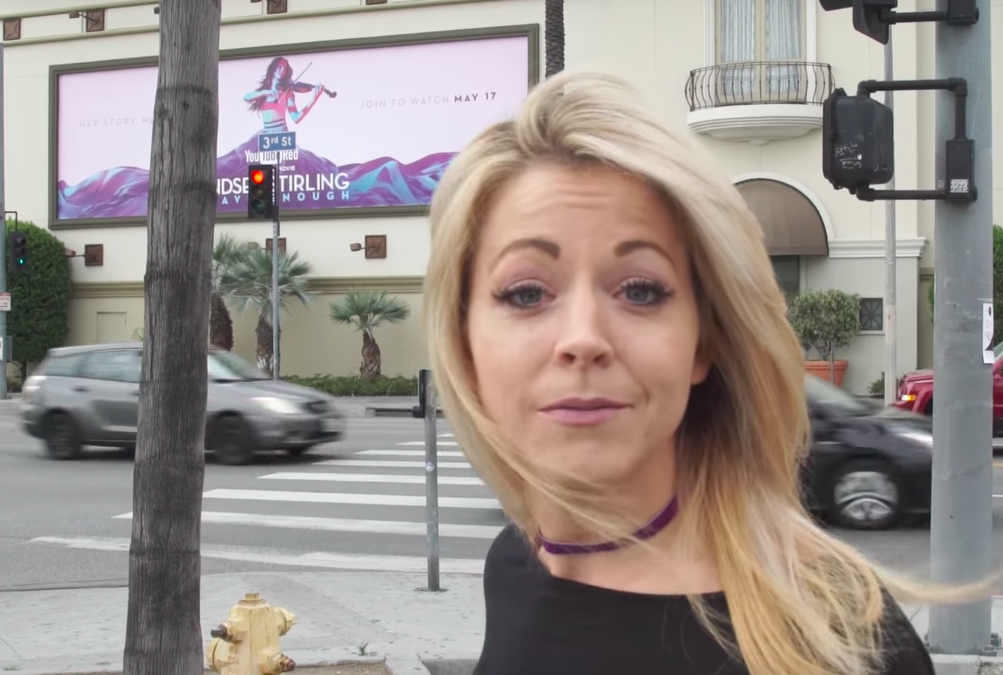 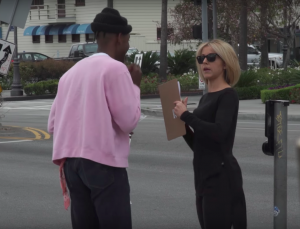 “What better to do with your time than stand in front of your own billboard and promote yourself?” says the playful violinist Lindsey Stirling. Her YouTube documentary Brave Enough just came out today on YouTube Red. In honor of this momentous occasion, Lindsey disguised herself as a blonde “YouTube Marketing Agent” and asked strangers at the Grove in LA what they thought of her billboard. Only one person seemed to recognize Lindsey. At one point, she asked a guy, “Do you think she’s pretty?” When he replied, “Yes,” she said, “Well, like how pretty? Scale of one to ten.” He gave her a six. Lindsey replies confidently, “Personally I think she’s more of a ten, but that’s okay …” She also says to another man, “We’re a competing company to this brand, and we’re thinking about doing a documentary on a tuba player that … dances while playing.” The man responds, “I think that would be fascinating.” I wonder if Lindsey got the tuba idea from this Studio C sketch:

Whatever the case, Lindsey has proven to be a great comedian in her “marketing” video. Below is the full video.