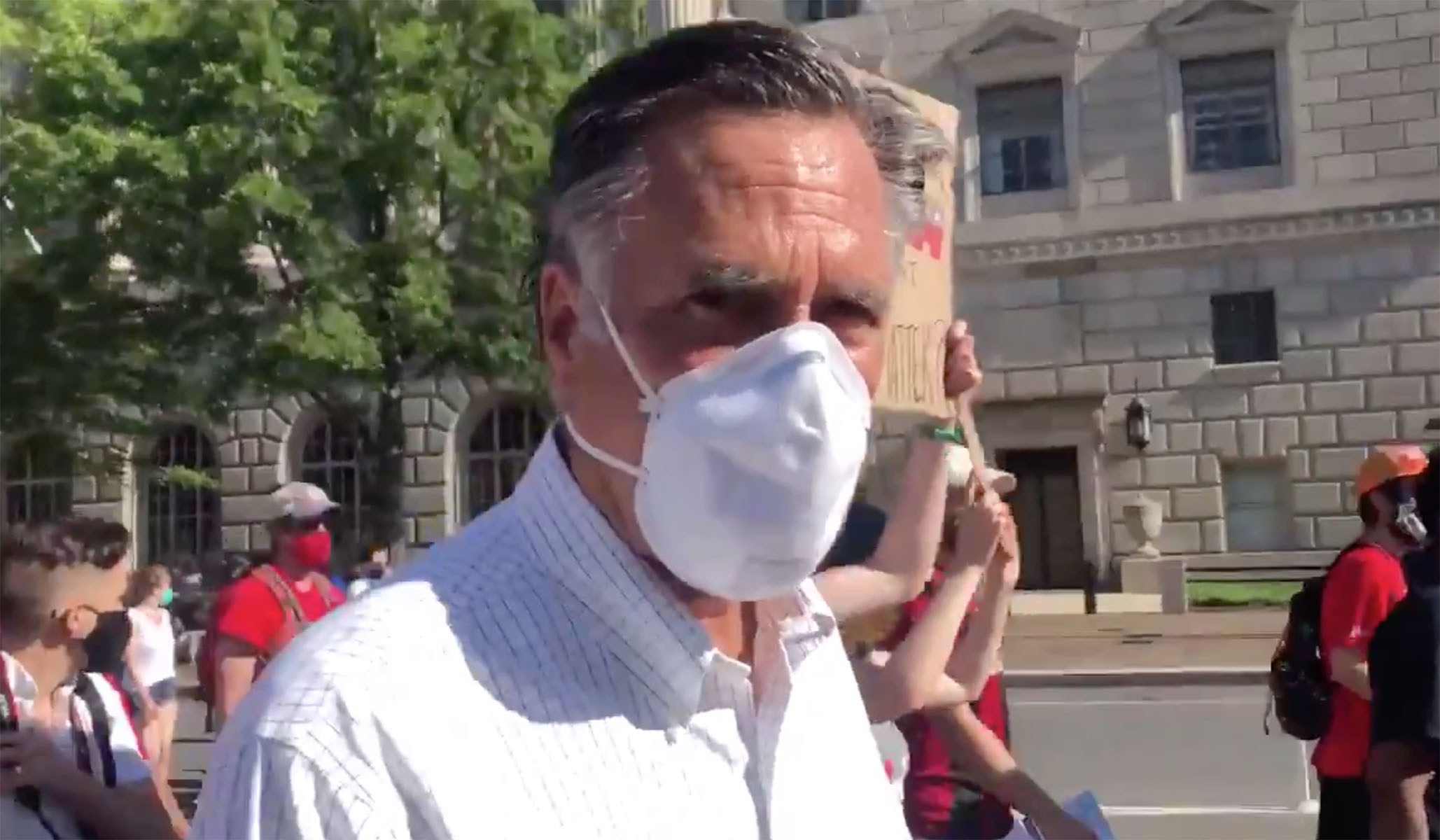 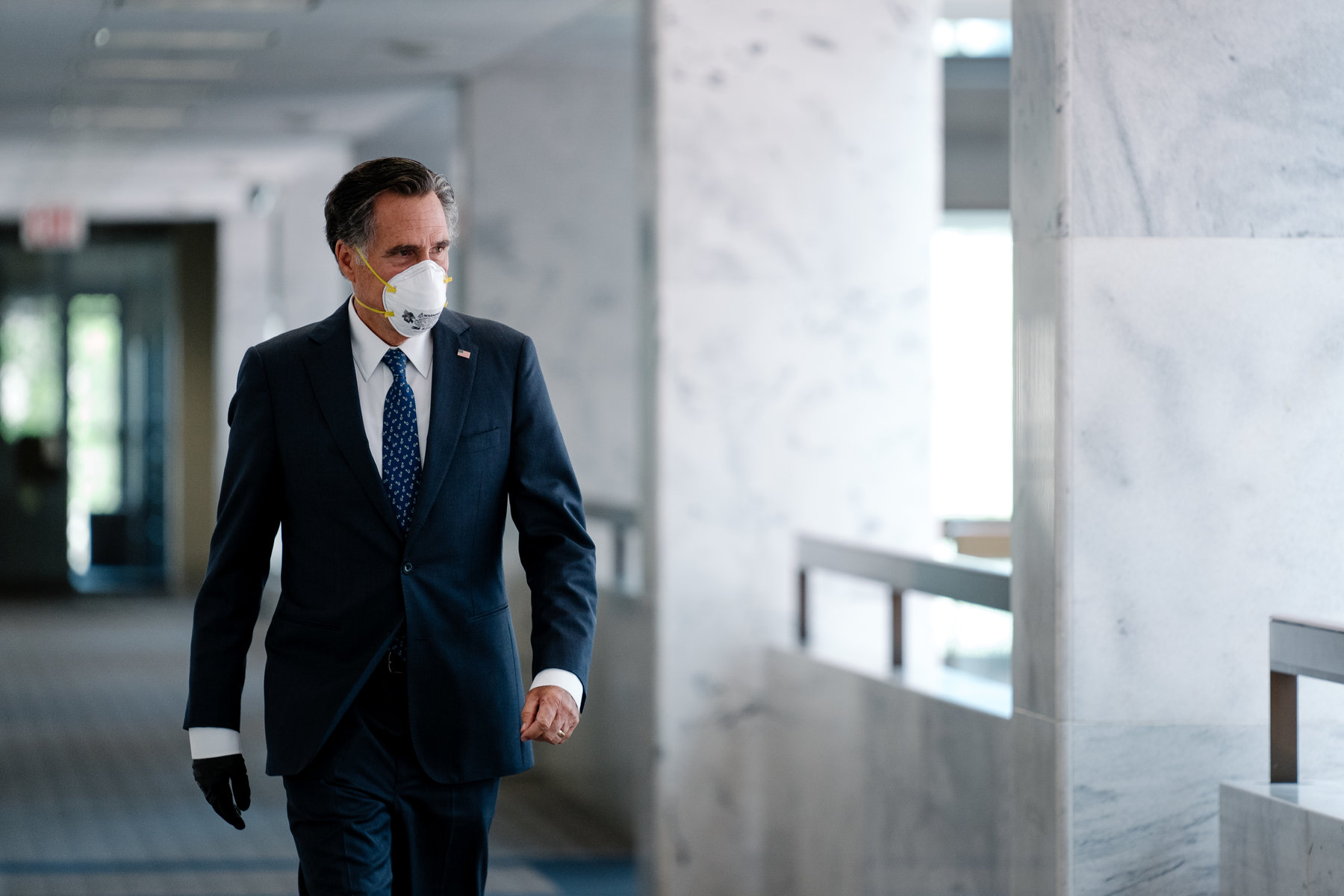 On Sunday, 7 June 2020, Republican senator Mitt Romney from Utah, marched with a group of evangelical Christians down Pennsylvania Avenue in Washington, D.C., as part of a Black Lives Matter Protest. The protest took place in the wake of the atrocious murder of a Black citizen in Minneapolis named George Floyd under the knee of a Minneapolis police officer. 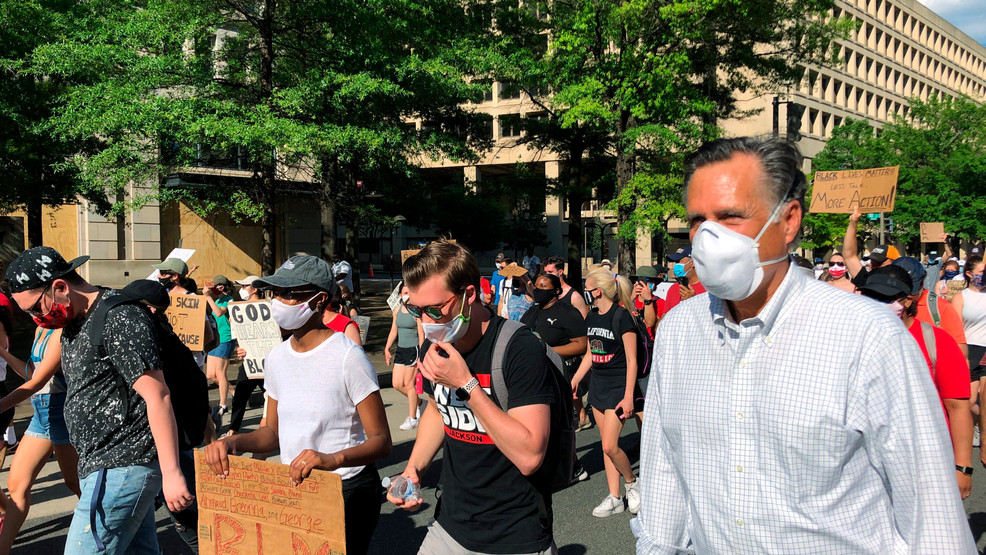 Romney, the first Republican senator to take such action, joined with the protesters, singing “This Little Light of Mine,” as they protested racial inequality and police maltreatment of minorities in the nation’s capital.

According to the Deseret News, Romney plans to “introduce police reform legislation, while slamming a Democratic proposal that has yet to draw GOP support.” He is working with other Republican senators, including South Carolina Senator Tim Scott, the only Black Republican in the Senate, on a police reform bill.

The Deseret News also reports “The plan, which has more than 200 Democratic co-sponsors in the House and the Senate, would prohibit the use of choke-holds, develop a national standard on the use of force and limit the transfer of surplus military equipment to local police departments. It would also create a national registry to track police misconduct.”

Romney said his bill would include a “supervisory” component to determine if a police officer used unnecessary force or racial “enmity” in an interaction with another person. It would also require de-escalation training and training to combat racial bias. 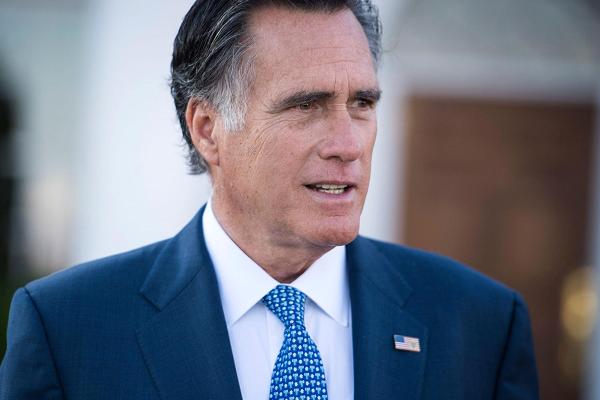 As for calls to defund police departments, Romney said that it is “out of the range of reality.” He further stated, “We need our police. We are not going to get rid of the police. That is a silly idea. We would be nuts to think that we’re going to reduce our commitment to the police.”

One of Romney’s sons and some of his grandchildren also participated in the protests. He also referred to his father, George Romney, who supported the civil rights movement during his tenure as governor of Michigan in the 1960s. He also mentioned that his entire family is upset over the death of George Floyd and “animated” about the racial divide and prejudice in the country.