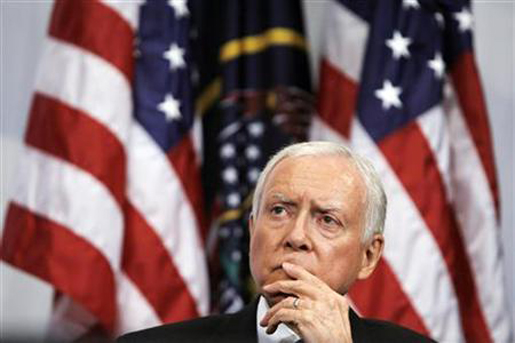 Some thought the “Mormon moment” would end once the presidential 2012 election was over. But phone calls to church headquarters didn’t stop. They came at a slower pace, but they still came. Journalists weren’t ready to let go. They wanted to know what the future holds for The Church of Jesus Christ of Latter-day Saints (LDS Church, or sometimes mistakenly called the Mormon Church).

The political campaign allowed the Church to “become more visible, more familiar, more accepted—especially among those who help shape public opinion,” said Michael Otterson, managing director for the LDS Church Public Affairs Department, in a recent Washington Post forum, “On Faith.” He added, “This is a beginning, not an end.”

Utah Republican Senator Orrin Hatch agrees. In his new book, An American, a Mormon and a Christian, he reveals how the beliefs that govern Mormonism align with the beliefs of modern Christianity and can strengthen the country.

“People don’t think Mormons are Christian,” he told Washington Whispers, a feature of US News and World Report. “That’s totally wrong. [As a Mormon] you can hardly move without hearing the name of Jesus Christ. We’re fervent believers in Jesus Christ.”

Hatch pointed out that Mormons consider themselves to be Christians because they worship and follow Christ. However, mainstream Evangelical Christians often say that Mormons worship “a different Christ,” because Mormons believe Jesus has continued on in His resurrected state. Until recently, the Church has been accused of being a cult. But in October 2012, the Billy Graham Evangelical Association removed Mormonism from their list of religious cults after Graham and his son, Franklin met with Mitt Romney.

Hatch indicated that many misconceptions are because people don’t know the correct name of the Church. The nickname “Mormon” was originally used disparagingly by detractors trying to discredit the prophet, Joseph Smith in the late 1820’s. He translated the ancient scripture known as the Book of Mormon which is another testament of Jesus Christ and is used in tandem with the Bible. Mormon was the ancient prophet who compiled the writing of all the prophets in the Americas from about 600 BC to about 421 AD.

During Christ’s day, His followers were often referred to as “Saints,” according to Paul’s epistles. Since Mormonism is organized in the same way as Christ’s original church, members in modern times are called “Latter-day Saints” (LDS).

According to Google Insights, the term “Mormon” was searched four or more times as often as “Latter-day Saints” over the last year–often in connection with Romney.

While Hatch says it’s hard to measure the impact of Romney’s run on Mormonism, he believes “people had to conclude that Mitt Romney is a very fine man, and morally upright” in part because of his church missionary work and time spent as a bishop. As a young man, Hatch also served as a missionary for the Church of Jesus Christ in the Great Lakes region, and later he was called to be a bishop, presiding over a congregation of 600 people.

“It’s hard for us not to proselytize,” Hatch told Washington Whispers, noting that the Church has 55,000 missionaries around the world. He said that those efforts are leading to conversions more than ever before.

“For the first time the Church is larger outside of the United States than it is inside,” he said. “All over the world people are joining the Church every day.”

There is little doubt that the media attention has increased interest and been a boon to members of the Church who have labored under misunderstandings and lack of knowledge for so many years. Otterson concluded:

Thoughtful Mormons can now look to the possibility of having more serious discussions with others about our faith, and especially about how our theology translates into the way we live. There is a sense among many church members that historians of the future will look back on 2012, not as the eclipse of a “Mormon Moment,” but as the beginning of the real emergence of American Mormons, with all of their distinctiveness, into the rich mosaic of American religious life.

This article was written by Jan Mayer, a member of The Church of Jesus Christ of Latter-day Saints.

Jeffrey R. Holland – Standing Together for the Cause of Christ