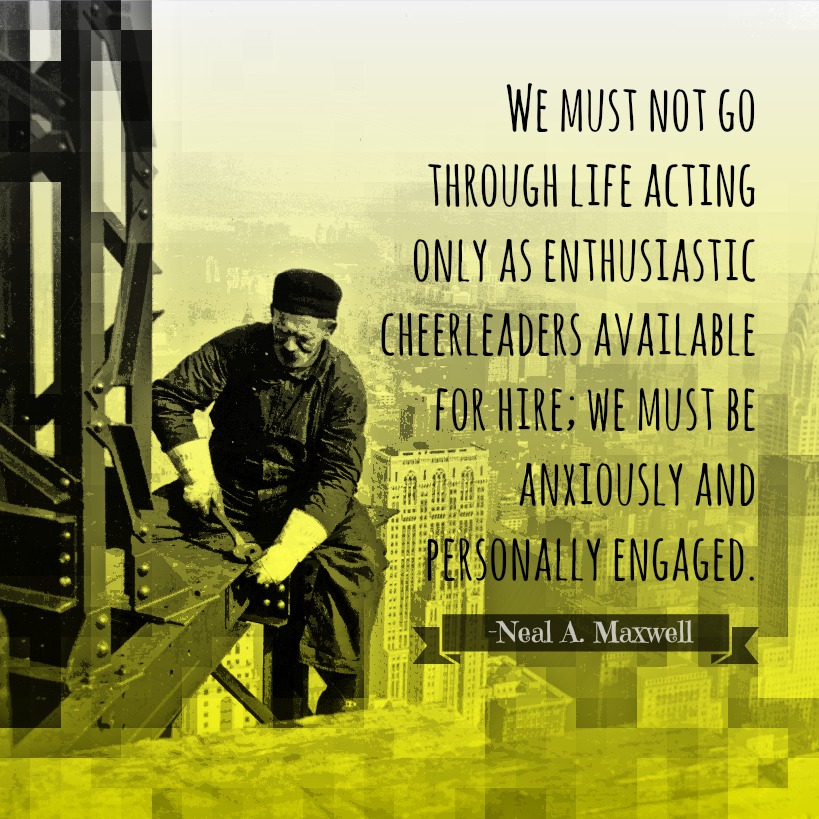 On May 23, 2013, the New York Times published an article called, “When Hollywood Wants Good, Clean Fun, it Goes to Mormon Country.”  Online, the article is five pages.  It deals with the Brigham Young University animation program, which consistently feeds talent into Hollywood’s major animation studios.  Ability is only part of the picture.  The 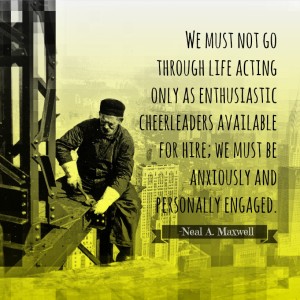 shape of the program and what The Church of Jesus Christ of Latter-day Saints (often inadvertently called the Mormon Church) does to shape its young people play a huge factor in the success of the students.  Eager employers, such as Pixar and Sony Animation, often grab students from the program before they can even finish their college animation projects.  The studios say the students have a certain maturity, worldly wisdom, and work ethic not found often among graduates from other programs.  BYU’sanimation students have produced films that have repeatedly won student Emmys and student Academy Awards. They’ve played at Cannes and Sundance, and have made animation studio execs sit up and take notice.

The article cites the cooperative nature of the BYU program:

In most animation programs, each student leads production on his or her own film. But at B.Y.U., everyone works as a team on a single film because, unlike at art schools, students are too busy with religion courses and other requirements to be full-time filmmakers. Out of necessity, production on each year’s film winds up mirroring the way the industry actually works. B.Y.U. students emerge committed to a specialty and to collaboration — prepared for an entry-level job rather than expecting to be treated as visionary auteurs.

But the shape of the program is only one reason why BYU student animators are different and have “become a farm team for the country’s top animation studios and effects companies”:

Many students are already married with children by the time they graduate; they want to excel at their jobs to give their families stability. Many have served missions abroad, often deposited in third-world countries amid great suffering, and are years older than the typical college student by the time they graduate. “It means there’s a maturity level there,” says Barry Weiss, a longtime animation executive and former senior vice president at Sony. “If I’m a senior executive and I want to get people on my team, they’ve got to be hard-working and serious people. They’ve got to understand that this is a business — it’s not just art for art’s sake. The kids coming out of B.Y.U., they’ve got that box checked.”

An example of what BYU is sending into the industry can be found at Pixar.  “Brave,” Pixar’s 2012 animated feature, which won the Academy Award for best animated film, had a team placed in charge of creating the musculature for the horses and Princess Merida’s curls for the production.  Of the 14 people on the team, six were BYU alumni.  Edwin Catmull, president of Pixar, spoke on the BYU campus in 2008.  He said, “It’s the perception not just of Pixar, but also at the other studios, that something pretty remarkable is happening here.”  Catmull’s speech began to circulate online, and applications for the program began to pour in from around the world.  Once these prospective students found out about BYU’s honor code, however (no drinking, smoking, sleeping around, no wearing of beards or long hair), most of them started looking elsewhere.

The program has outside support.  In 2000 Ira Fulton, a Mormon homebuilder in Arizona, donated a super-computer.  He has donated about $10 million to the BYU animation program.  In turn, the BYU major has turned out people like “Tom Mikota, [who]  was part of a team that won an Oscar for the visual effects in ‘Avatar.’ Another, Paul Schoeni, is a 3-D modeler at DreamWorks and a founder of a company called Caffeine-Free that builds family-friendly iPad apps.”  Schoeni co-founded his company with three other Mormons.  They have 15 children among them.

The author of the New York Times article visited BYU and then interviewed alumni who are now working in the industry.  Those who are now employed must watch for situations that might compromise their ideals, but they are faring well and hoping to tilt what Hollywood produces toward upbeat, inspiring, and character-building material.

…most of the moral emissaries that it has been pouring into the industry are still climbing to the positions from which they’ll be able to truly influence a film’s tone and content. One day, there will be alumni directing and producing, students insisted — it’s an inevitability. “Right now we’re the workhorses,” an alumnus at DreamWorks told me. “But I think our future is bright in terms of being able to shape the industry.”

Read the full article from the New York Times

7 Mormons with Stars on the Hollywood Walk of Fame