On National Day of Prayer, Sister Jean B. Bingham Joins Other Religious Leaders and Offers Prayer for Unity of the Nation 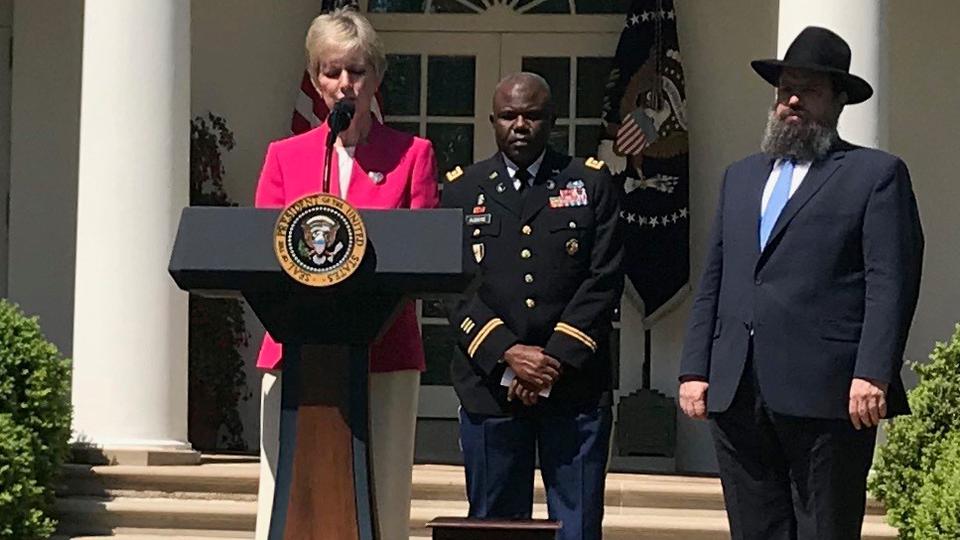 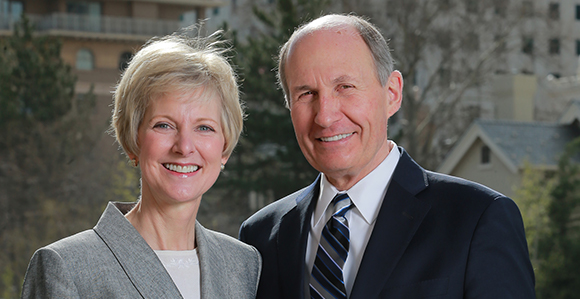 The National Day of Prayer for 2018 was observed on Thursday, 3 May. The theme was “Pray for America – Unity,” based on the scripture found in the New Testament of the Bible in Ephesians 4:3 – “Endeavouring to keep the unity of the Spirit in the bond of peace.”

On Thursday, 3 May 2018, Sister Jean B. Bingham, the general Relief Society president of The Church of Jesus Christ of Latter-day Saints, along with religious leaders from other faiths such as Hinduism, Islam, Judaism, and Catholicism came together in the White House Rose Garden to join in the day of prayer. Cissie Graham Lynch, the granddaughter of the late Rev. Billy Graham, led the nation in a prayer for unity.

Sister Bingham also offered a prayer for the unity of the nation (starts at 55:39 in video), praying that leaders of the nation could work together in harmony. She also prayed that homes and families could be strengthened to build capable and compassionate citizens. Here is the prayer offered by Sister Bingham:

Our loving, gracious, and perfect Father in Heaven. We approach thee in gratitude for the many blessings we received at thy hands. On this National Day of Prayer, we unite to acknowledge that all good gifts come from Thee.

This nation has been given relative peace and prosperity, and we humbly ask Thee to watch over those who are in harm’s way, protecting our freedom in the pursuit of happiness. Bless those who lead this great nation with the empathy, insights, and inspiration they need as they counsel together and sincerely strive to work in harmony. Help us in our quest that we might be joined together in the same mind and in the same judgment. May each exercise integrity, humility, and nobility of character in his or her sphere of influence.

Heavenly Father, many are in need, and we pray for all who are working unselfishly to improve lives. May we become the land of good Samaritans, laboring in love to lift the hands that are downtrodden, the oppressed, and the afflicted. Knit our hearts together in unity and in love, one toward another.

Please strengthen homes and families to provide loving guidance and build capable and compassionate citizens. We also recognize the need to improve, Father. Help us find ways to understand and value one another, to work together in cooperation and selflessness rather than seek personal gain to satisfy vain ambitions or to gratify pride. May we examine ourselves and become better individuals thereby increasing the peace and happiness of each citizen and in the United States of America.

Dear Father, we thank Thee for every blessing and humbly ask for Thy help as well as for Thy continued care and keeping. In the sacred name of thy beloved Son, Jesus Christ, Amen.