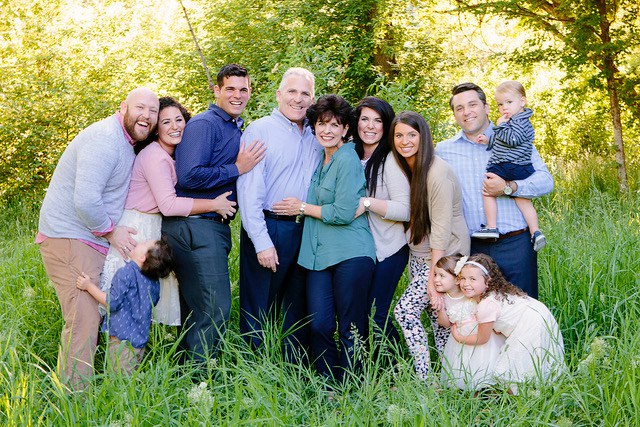 The mayor of Wadsworth, a city in Medina County, Ohio, Robin L. Laubaugh is well-known for her dynamic leadership roles and community service on countless projects. However, she proclaims that the accomplishment that she is proudest of is raising her four children – Mitchell, Amanda, Jana, and Alex. She said, “They are four wonderful children. Two of them have their own children. They are contributing members of society out there doing their best.” She has six grandchildren.

The four siblings reciprocated their love for their mother by nominating her to be Ohio Mother of the Year through American Mothers Inc., a national organization that is the official sponsor of Mother’s Day and each year honors a mother from all 50 states and Puerto Rico. 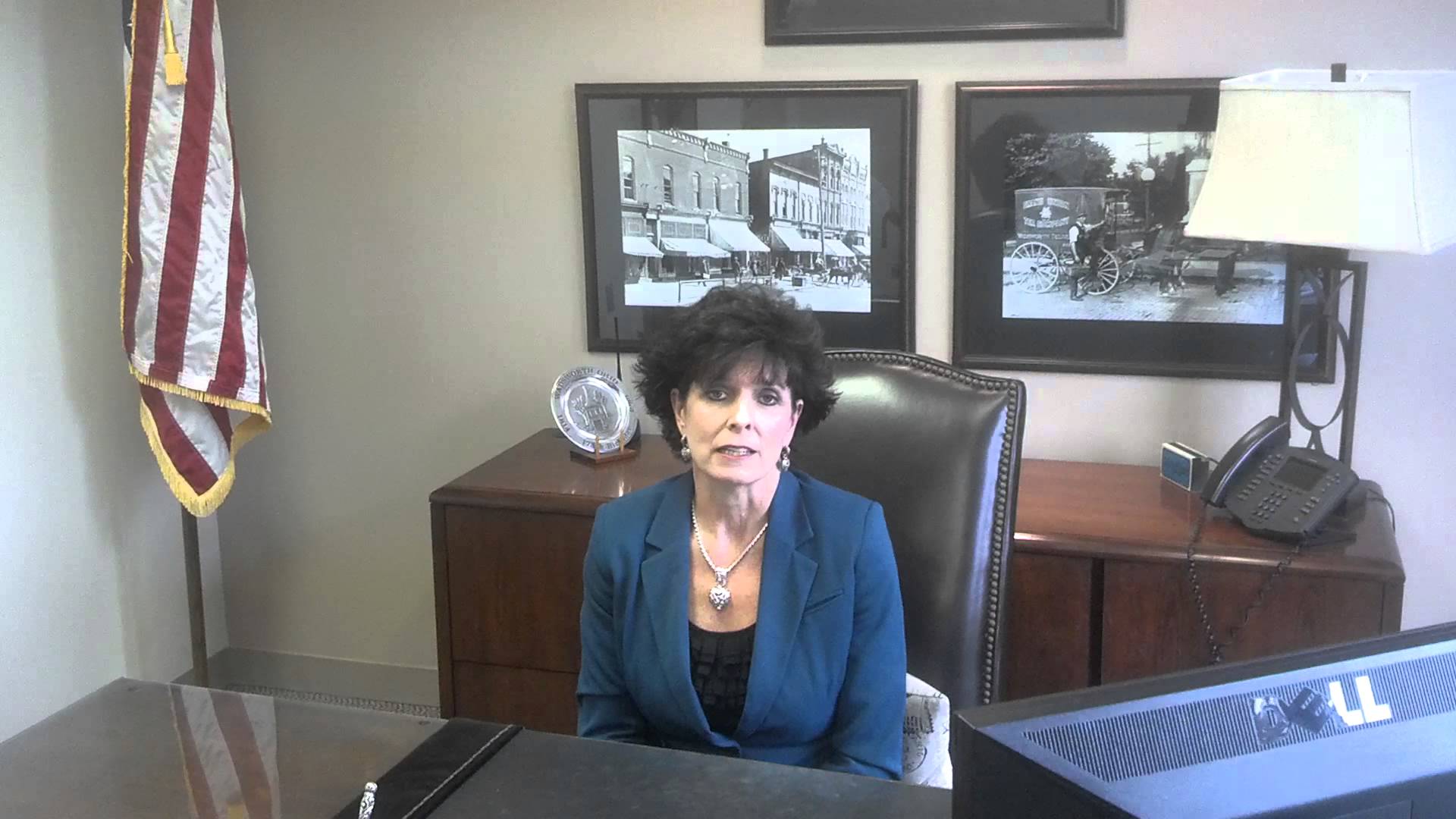 Speaking about the honor, Mayor Laubaugh said, “This was quite a surprise and very humbling. While I worked my hardest and did my best I look at others who did the same thing and had struggles and stresses that I didn’t have such as raising a special needs child, being a foster parent or a single mom. But I feel very blessed and I want to be an advocate for motherhood and families.”

During the interview process, Laubaugh was asked by the folks from American Mothers, Inc. about her parenting philosophy. She replied that she strived to instill in each of her children the value and importance of hard work, and how to effectively communicate with other people.

Laubaugh also acknowledged that one of her biggest sources of support came from her husband, Bryan, without whom she admits “I wouldn’t have been able to raise the kids and volunteer and be involved with service. He has always been very encouraging and supportive.” She said, “My husband and I worked side by side with our children. We wanted them to learn to work hard and feel a sense of accomplishment. They would do yard work and washing cars with us, but they also did a lot of service with us. My oldest kids were eight or nine when we were volunteering to make Kaleidoscope a reality.” She further commented, “We wanted them to be able to work well with others and be a good communicator. We would tell them to look an individual in the eye and shake their hand. Show interest in people.”

We also wanted them to grow up to be respectful, grateful, helpful, and thoughtful. Additionally, we wanted them to be dependable and held accountable for their actions and to develop characteristics such as grit and tenacity. We found the best way to teach those attributes was through work. Work first and then play was an essential part of our philosophy. Work was done side by side with either me or my husband until they learned the responsibility well. Often work was done as a family and took many hours. The reward was the family then had time to play together. My husband would often remind the kids that our home was not a “cruise ship” where Mom and Dad were “cruise directors” tasked with making sure they had plenty of fun filled days, but a “sailing ship” that took everyone, working together, to make it sail. Early on we purchased a ski boat that became not only fun but reinforced our philosophy of work and play. The kids would clean, wash and wax the boat on a regular basis. The benefit was many hours of family fun at the lake skiing, swimming and being together. We cherished those times together as a family! 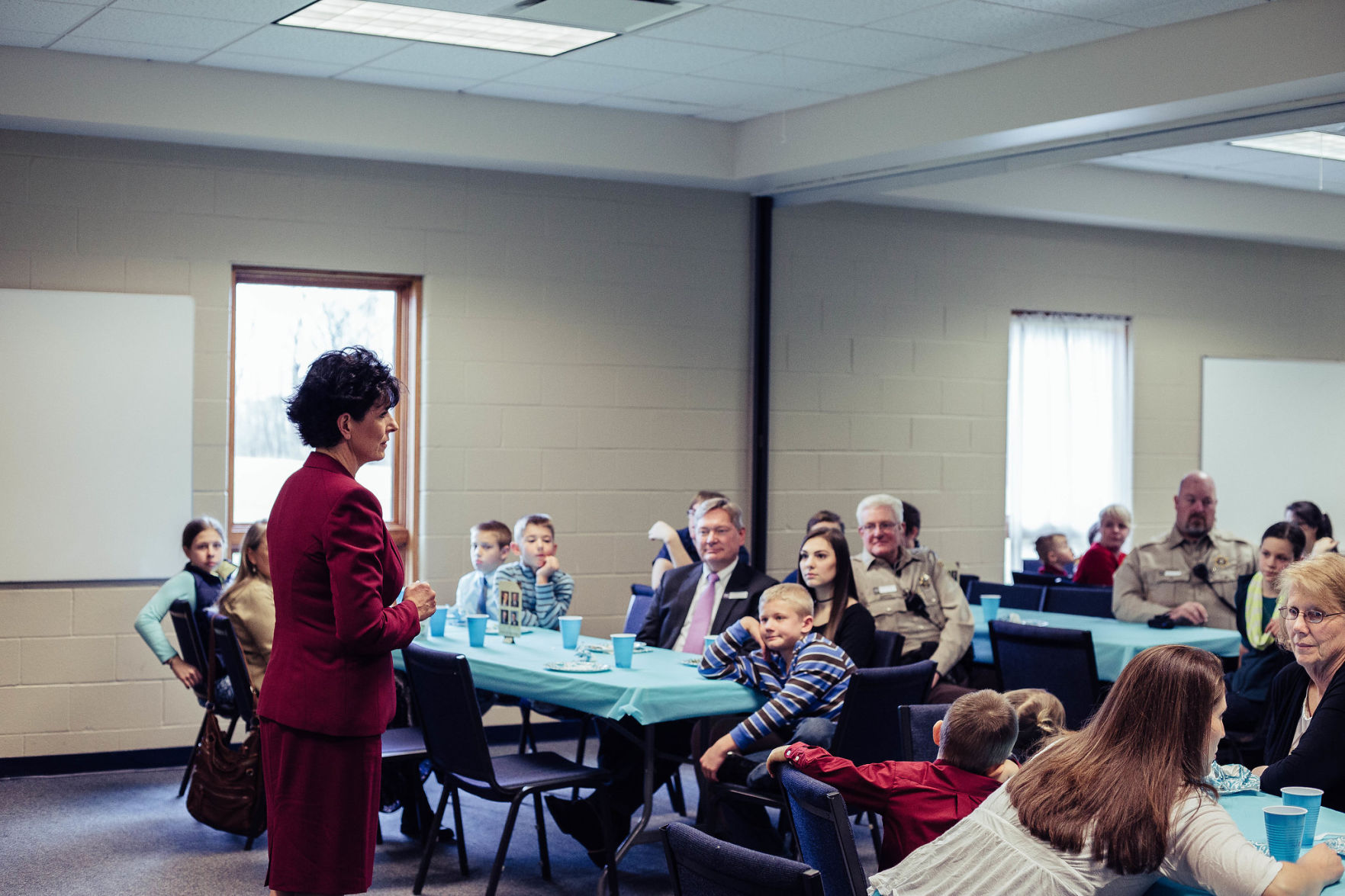 Additionally, she said that she wanted to instill a strong sense of faith in her offspring. She remarked, “We are so fortunate to live in a community of so many wonderful congregations of individuals who have a strong faith and are a force for good. The children benefit by associations and are taught not only by their parents, but by dedicated members of their faith. We are members of The Church of Jesus Christ of Latter-day Saints. My children benefited greatly by caring leaders and teachers and by the various programs that were provided. As I had mentioned before, raising children is not easy, and I’m so grateful for the support my congregation provided during those years.”

Perhaps one of the biggest reasons that this honor means so much to Mayor Laubaugh is because her own mother, Ruby Lesser, had been named Ohio Mother of the Year by this same organization more than 30 years ago. She passed away when the children were very young, but they were told about her and the incredible person that she was.

Robin graduated from Brigham Young University, where she received a Bachelor of Science degree in Finance. She achieved the CFP (Certified Financial Planner) designation and founded and managed a financial consulting practice in Wadsworth, which continues successfully today. Her government experience began with Wadsworth City Council as Council at Large in 1998 and continued with various Committee work until she was elected President of Council from 2004 – 2007. In 2008, she became the first female Mayor of the City of Wadsworth. She is a recipient of the Wadsworth Citizen of the Year Award, the Wadsworth Chamber of Commerce “Vision Award”, an inductee into the Wadsworth Senior Advocate Hall of Fame, as well as, the Wadsworth Meritorious Hall of Fame.

Her son Mitchell offers this loving tribute to his mother:

I have always known that I was blessed with a remarkable mother—I was raised in a home built on the principles of love, respect, hard work, and trust.  My mother was always present and illustrated her unrelenting support to her four children through countless hours of music lessons, sports events, and religious activities. She is everything anyone could ever want in a mother—nurturing and kind, principled and caring. The beautiful thing about my mother is that as a child I was completely unaware of the amount of time she was spending serving our community.  Her priority was always her family, but with every spare minute she had, she would spend it on other people.  She has worn her life out in the service of others….

My last year in high school, my mother was elected President of Council.  Only a few years later my mother would go on to be the first female Mayor of the City of Wadsworth, and she continues to hold that position to this day.  While she has many accomplishments if she were asked I know she would list her family as her greatest.  She is a pillar in our home, and I know our family is as strong as it is because of her.  She is someone I will try my whole life to be like.