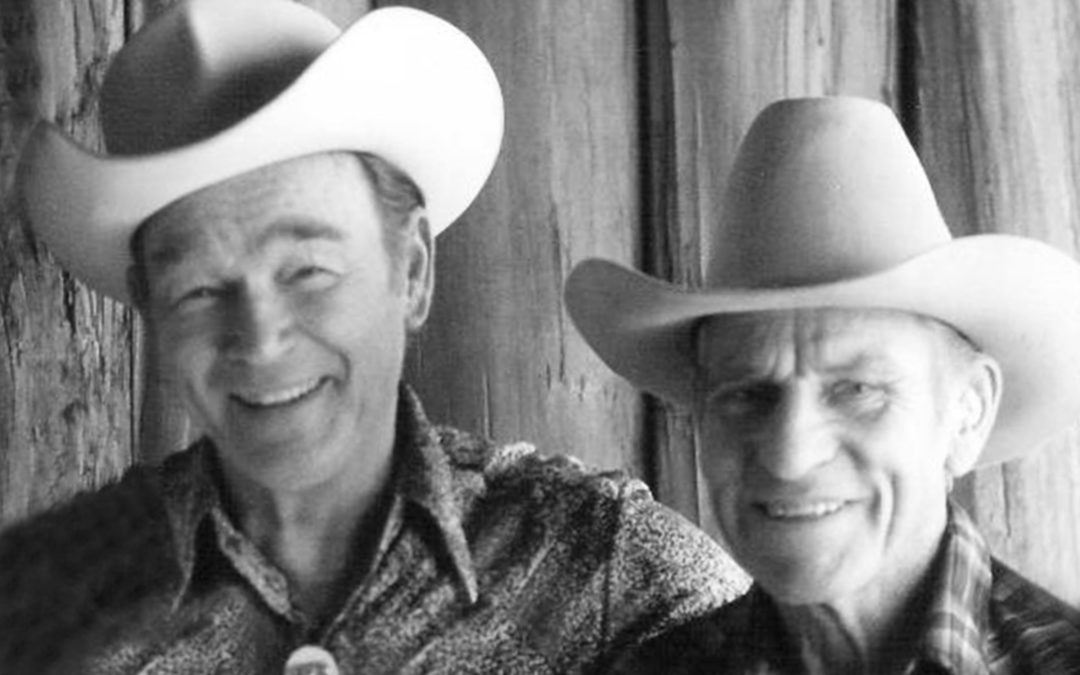 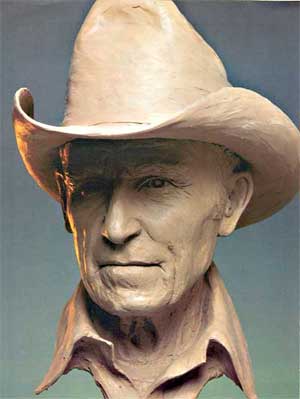 Earl Bascom was born on 19 June 1906 in Vernal, Utah, as Earl Wesley Bascom. He was an American painter, printmaker, rodeo performer and sculptor who portrayed his own experiences cowboying and rodeoing across the American and Canadian West. He was also an actor, known for Take Willy with Ya (1989).

Earl was aptly called a “renaissance cowboy.” He was raised in Alberta, Canada, and was brought up to understand and manage cows and horses. He worked on some of the largest horse and cattle ranches in the United States and Canada, worked on cattle drives out of the Rockies and trailed horses over the Teton Mountains.

He was a descendant of European royalty back to Charlemagne, and as a child growing up, he was sometimes affectionately addressed by his British-born aunts as “Lord Bascom – King of the Canadian Cowboys.” His father, John W. Bascom, had been a deputy sheriff in Utah who chased Butch Cassidy and the Wild Bunch Gang. Both sets of his grandparents (Joel A. Bascom and C.F.B. Lybbert) were Mormon pioneers, ranchers, and frontier lawmen. Earl was also a descendant of Chief Miantonomo of the Narragansett Indian tribe and was referred to as the “Jim Thorpe of Rodeo” for his many honors and awards.

John Bascom, the son of Earl Bascom, caught up with Roy “Dusty” Rogers, Jr. after one of his performances in Salt Lake City. Dusty is the lead singer with the classic country band, Sons of the Pioneers, who are celebrating 85 years of stage performances. The band is the music entertainment of the Great American Wild West Show – a celebration of the American West. 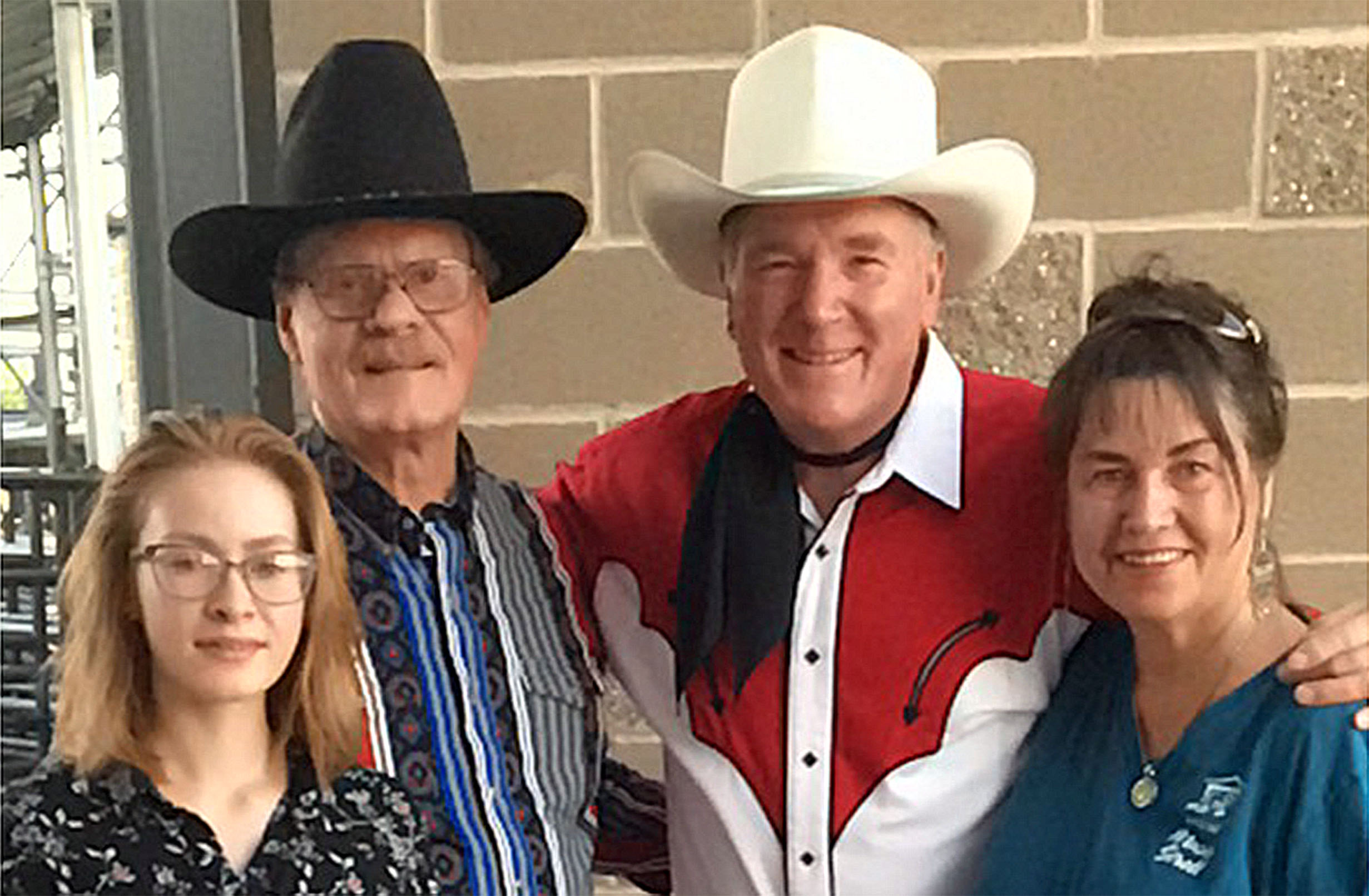 Dusty is also the son of the late Roy Rogers, who was a founding member of the original Sons of the Pioneers. He has been paying honor and tribute to his dad by singing a repertoire of 65 of his hit songs. Back in the late 1960’s, Roy Rogers and Earl Bascom rode their horses on the Los Flores Ranch while being filmed for Roy Rogers Restaurant commercials and advertisements.

Dusty was kind enough to pose for a photograph with John, and the lead fiddle player, Paul Elliott, joined with John’s daughter, Juliette Bascom, entertaining some of the lingering crowds and show performers with twin fiddle playing.

Back in the 1930’s, Earl Bascom produced the first rodeo in Mississippi and worked on the Hickman Ranch in Lawrence County, Mississippi, not far from the area where Roy Rogers’ Choctaw Indian ancestors resided.  The Hickman Ranch, the largest in Mississippi, ran cattle on 3,000 acres of land. The ranch was once a cotton plantation owned by the family of Senator Stephen A. Douglas who was famous for countering Abraham Lincoln in the 1860’s in what is called the Lincoln-Douglas Debates.

Earl Wesley Bascom has been called an “American hero,” one of Canada’s “greatest athletes,” a “true rodeo pioneer,” rodeo’s “greatest inventor,” the “father of modern rodeo,” and an “example for the world.” His cowboy art has been called a “national treasure.” President Ronald Reagan collected the art of Earl Bascom and praised him as “one of America’s greatest cowboys.”  News commentator, Paul Harvey, honored him on nationwide radio. He is also listed among the world’s most famous excogitators and inventors.

Now, Earl Bascom has been written into the official history of the state of Mississippi, and is the only cowboy mentioned within the 1,500 printed history pages of the recently published first edition of the Mississippi Encyclopedia.

Earl Bascom was married to E. Nadine Diffey. He died on 28 August 1995, in Victorville, California, from heart failure.

To learn more about the life of Earl Wesley Bascom, please follow the links below: