A Decade After Start of “Mistborn” Series, Brandon Sanderson Revisits Question that Started It All 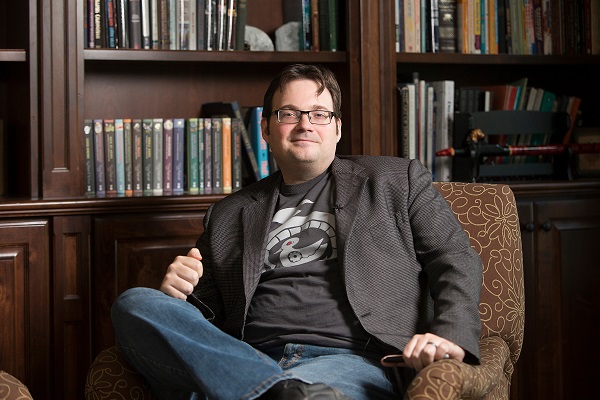 Utah author Brandon Sanderson was “really intrigued by the idea of a world where the Dark Lord had won.” In an email interview, he said, “What if Frodo (from Lord of the Rings) had gotten to the end of the long journey through Mordor and the Dark Lord said, ‘Hey, that’s my ring. Thanks for bringing it back.’” 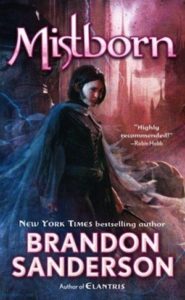 That concept became the foundation for Mistborn, one of the most influential fantasy series in the last several decades. The story takes place a thousand years after heroes embarked on that sort of epic journey but failed. Sanderson said, “Now the story is about a gang of thieves who decide they’re going to rob the Dark Lord.”

The Mistborn series will eventually evolve into three trilogies and one tetralogy, for a total of 13 books. The first series was completed more than a decade ago when Tor Books released Mistborn: The Hero of Ages” in October 2008. The story has a traditional fantasy setting. The second series takes place in a Wild West setting several generations later. The third series will take place in a contemporary setting, and the fourth series will transport readers far into the future and will be a combination of fantasy and sci-fi.

Deseret News reports that the Mistborn series has resonated with fans largely because of Sanderson’s uncommon approach to magic, which involves a world in which there are known rules which govern the magic. In other words, Sanderson demystifies the mystical hocus pocus, anything goes type of magic. Therefore, readers can “sympathize with the books’ heroine, Vin, as she moves from situation to situation. [They] are more aware of the dangers she faces when the rules of magic limit her ability to fight or run away and are more inclined to feel anticipation when the rules suggest she is about to experience a new level of magical power.”

Devi Pillai, associate publisher at Tor Books said, “When Brandon’s debut novel, ‘Elantris,’ appeared in 2005, I was an editor at Orbit and I was overcome with jealousy that I hadn’t seen this amazing writer first. . . .Once you fall into his storytelling, you want to stay there forever. . . .This is what gives his work its profound appeal and its robust staying power.” 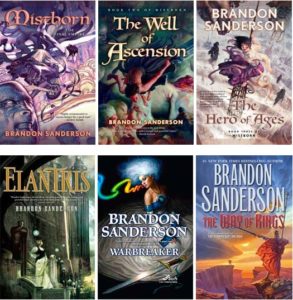 Success sometimes has a way of bringing out the worst in people, but not so for Brandon Sanderson. His close friend, and a renowned fantasy book artist in his own right, Isaac Stewart, said, “If I could tell fans one thing about Brandon, it’s this: He’s the real deal. He’s the kind of person you want your kids emulating. He is one the best people I have ever known.” He continues, “I do find Brandon’s hopeful outlook on the world refreshing. Even during the darkest parts of his books, there’s usually a light in the darkness that the characters can cling to.”

Stewart places Sanderson among the great writers. He further stated, “If (J.R.R.) Tolkien was sort of the Shakespeare of fantasy, I hope that someday Brandon is regarded as the Victor Hugo or Charles Dickens.” Sanderson said, “I’m very excited by the idea of exploring the future of the ‘Mistborn’ world. I love mixing technology and magic together in interesting ways. I think the next series is going to take some really interesting steps in that direction.”