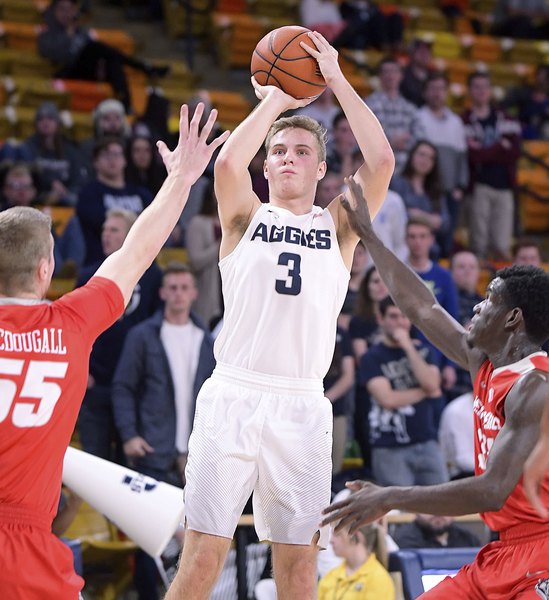 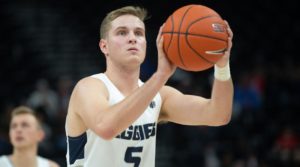 The year 2018 will always be remembered by Latter-day Saint basketball star Sam Merrill as a banner year. In 2018, Sam and his Utah State University teammates ended the season with a Mountain West Conference title and a coveted ticket to the “Big Dance,” the NCAA men’s basketball tournament. He also earned conference player of the year and conference tournament MVP honors, and a spot on multiple All-American lists.

Also in 2018, Sam married Utah State soccer player, Kanyan Ward, in the Logan Utah Temple. And, on 1 April 2018, during the 188th annual general conference, Sam was delighted to hear President Russell M. Nelson make the announcement that a temple would be built in Managua, Nicaragua, the country where he served his two-year mission for The Church of Jesus Christ of latter-day Saints (often referred to as “the Mormon Church”). 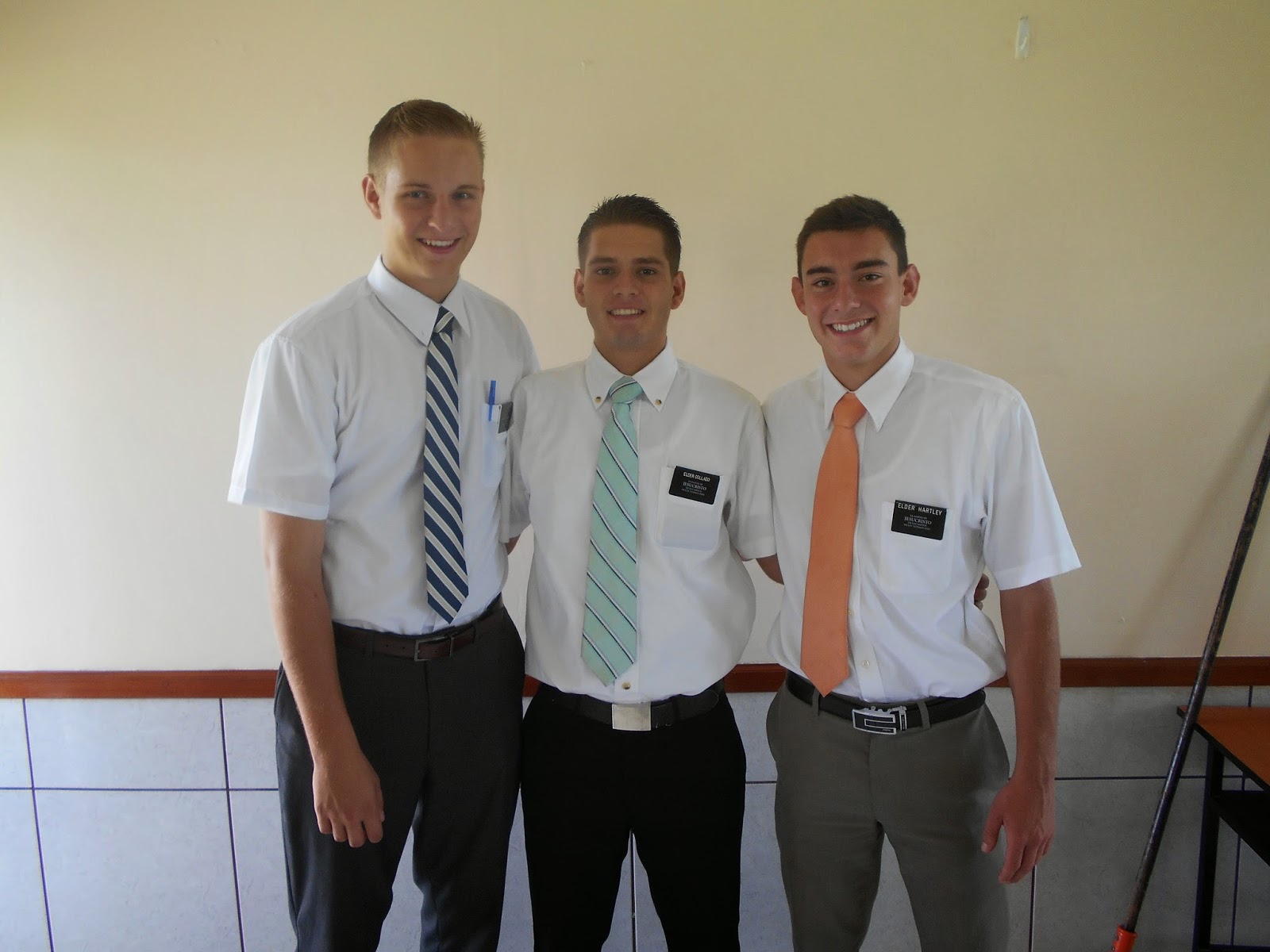 Sam recalls watching four general conferences while serving his mission in Nicaragua. He told the Church News, “And with each conference, we were hoping and praying that it would be the conference where they would announce a temple for Nicaragua.” He continued, “There are so many really good people in Nicaragua who deserve a temple. It will help the Church grow even more. It was a special moment and I’m so happy for those people.”

Sam grew up in Bountiful, Utah, and always planned to serve a mission wherever he was called. He said, “In my last couple of years in high school, I started to really work toward a mission. I decided for myself that that was what I wanted to do.” He also had aspirations of playing college basketball. Standing at 6-foot-5-inches, the Bountiful High guard led his team to a state title during his senior year and he committed to play for Utah State. However, before ever playing his first game for Utah State, Sam opted to serve his mission right after high school.

He had a couple of Spanish classes in junior high but admitted that he didn’t remember anything. So, adjusting to a new language and culture was not easy. Struggling to communicate in Spanish was a challenge and frustrating at times but he said, “I had a good work ethic … I saw improvements over time, and that help get rid of the frustrations.” 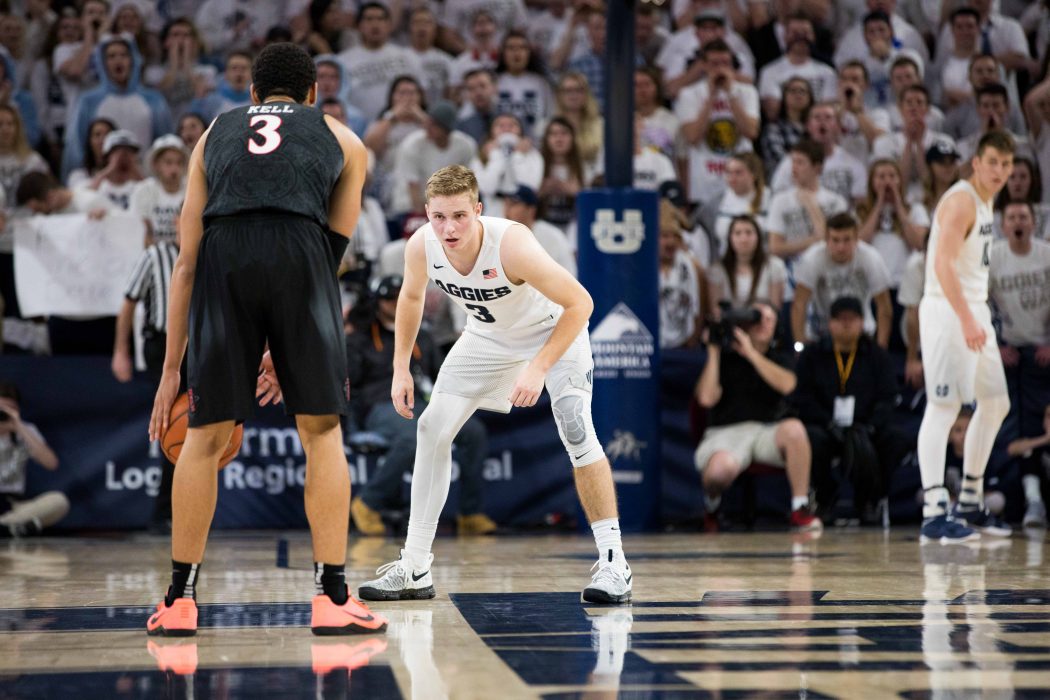 Sam tried to stay physically fit during his mission by getting in a few push-ups and sit-ups each morning, however, he still returned home in pretty bad shape, and transitioning from full-time missionary to Division 1 college basketball player was not an easy challenge. Also, in a country where soccer is the sport of choice, Sam rarely touched a basketball. However, physical fitness aside, he discovered that rewards typically follow hard work and sacrifice, and he learned “to be mentally tough through difficult times.” He also learned that resiliency is a byproduct of hope and commitment. He told the Church News, “A grueling practice or conditioning session will never be as hard as some of the things that I went through on my mission.” The mission taught Sam lessons that continue to serve him well as a priesthood holder, a husband, and as an elite college athlete.

As a Freshman at Utah State, he led the team in assists and scored in double figures 14 times. As a sophomore, he became Utah State’s leading scorer. Utah State coach Craig Smith has become an ardent Sam Merrill fan. In a KSL story Coach Smith commented, “He [Sam Merrill] does it all. He’s an incredible person, unbelievable character, and the All-American type of kid. He’s the most unselfish star that I’ve ever coached in 23 years. He gives our guys so much confidence. Everyone talks about how good he is on offense, but he’s just as good of a defensive player. He does it all, he’s so intelligent, and our guys love him to death.”

Sam is anxiously counting down the days until the 5 November season opener against Montana State, in which his team, the Aggies, ranked in the top-20 in the preseason polls, is picked to repeat as Mountain West Conference champs. Meanwhile, the media has selected Sam as the preseason conference player of the year, and in a recent story in Sports Illustrated, he was named the ninth best player in college basketball in the United States.

Sam Merrill graduates next May in business administration. He is hoping that his basketball career will extend beyond the college game. He said, “I want to play at the highest level, wherever that may be.”