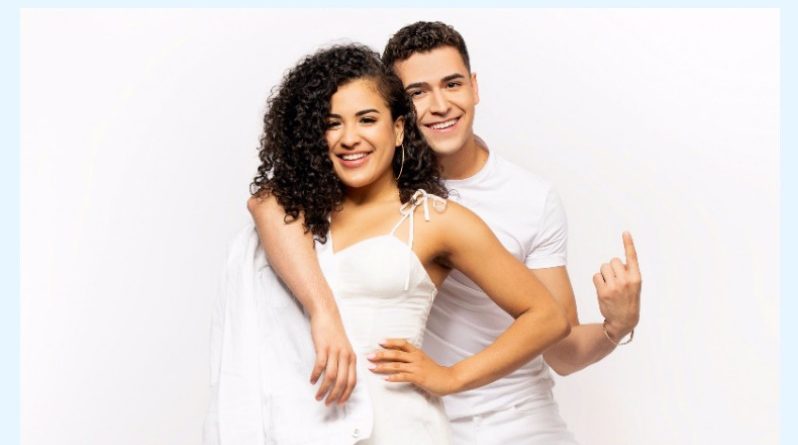 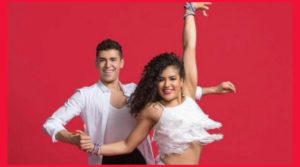 Throughout this season on Fox’s popular dance show So You Think You Can Dance, Latter-day Saint siblings, Ezra and Stephanie Sosa from Provo, Utah, have each wowed the judges with their amazing performances. The duo also made television history by becoming the first pair of siblings in the 16 seasons of the show to reach the top 10 together. Their passion and energy have been fueled by the encouragement that they received from their mother, “Keep on dancing. Keep doing what you love.”

However, despite all the glowing praise that they have received from the judges, this week, both Ezra and Stephanie found themselves in the bottom four of the competition.

Stephanie’s exciting jive to Little Richard’s “Long Tall Sally” received a standing ovation from the judges, with judge Laurieann Gibson exclaiming, “I smell greatness.” Judge and producer Nigel Lythgoe added, “You’re in your element and it was fantastic.”

Ezra performed a jazz routine to Joe Cocker’s “You Can Leave Your Hat On” and received similar praises from the judges. Judge Mary Murphy commented, “You were just terrific.” 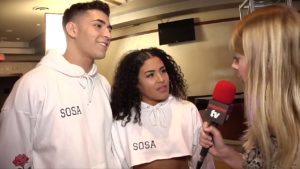 Nevertheless, neither Ezra nor Stephanie received enough votes to advance them into the top eight. The judges were left with the decision of choosing to save two of the dancers from the bottom four contestants. They chose to send Stephanie Sosa and Eddie Hoyt home and saved Ezra Sosa and Anna Linstruth.

After his sister was eliminated from the show, Ezra said to her, “I’m just so proud of you. This has been a dream of ours ever since we could remember and we will always be there for each other, no matter what.” Before leaving the stage, Stephanie said, “I just want to thank my family for everything you’ve done for me. To all the girls out there who think that they’re not skinny enough, pretty enough, worthy enough, that you can do anything, that if you work hard, you can do anything.”

Ezra initially agreed to enter the competition with Stephanie because he wanted to get her into the top 10. He successfully achieved his goal.

When his sister Stephanie was eliminated from the So You Think You Can Dance competition after reaching the top eight, Ezra Sosa was left alone, facing the possibility of himself being eliminated. He said, “I was heartbroken because this wasn’t just my dream; it was hers, too. It was a dream to be here with my sister. I just didn’t expect her to leave so early.”

Nevertheless, Ezra pressed forward, putting forth his best efforts. He thrived in his performance on Monday night, 16 August 2019, earning a spot in the top six, as well as the praise of the judges. His first dance of the night, a hip-hop routine set to Dizzee Rascal’s “Space” with partner Madison Jordan, wasn’t the judge’s favorite’ However, Nigel Lythgoe noted, “One small step for man, 467 steps you were given tonight to perform, and in general, you performed them brilliantly. Congratulations.”

His next duo dance of the night, a challenging Argentine tango, wowed the judges. Ezra said, “[The] Argentine tango is a form of ballroom [dancing] that I’m not used to; it feels a little foreign to me. This is definitely the hardest routine that we’ve gotten so far.” Miriam Larici, one of the choreographers of the routine, agreed. Judge Mary Murphy noted, “This is way different than ballroom tango. It’s like another world, and you guys did it beautifully out there.” Judge Laurieann Gibson added, “That was intense. I felt like I was in a movie; it was so cinematic. You smashed that! You should be very proud, Ezra; you are so talented, so gifted, so strong as a partner.”

But by the end of the night, Ezra found himself in the bottom two male dancers based on the votes from last week. However, judges unanimously decided to rescue him from elimination and he advanced to the final six of the competition.

Judge Mary Murphy said, “This is your night; this is love pouring out of you. It was so passionate.” Judge Dominic Sandoval added, “You are so absolutely inspiring. I believe, to me when I see this piece, it kind of represents not just your own past but this whole competition for you. Constantly you’ve been in the bottom and week after week you’ve always used that pain as something as an opportunity to overcome and win, and to me that is what makes a winner, not winning the show.”

Ezra has had his share of challenges and triumphs on the show. He mastered difficult choreography and survived being on the bottom week after week. Through it all, he continued to press forward and continuously garnered praise and recognition from the judges. But, in the end, it was the voters who decided Ezra’s fate. LDS Living.com reports, “Even after a stunning disco duet with Madison Jordan that earned the praise of all three judges, a stunning solo ballroom routine, and a group performance with the top three male competitors, Sosa was eliminated just before the final four.”

After being eliminated from the competition, Ezra said, “I just feel so honored to be here and to show my love for dance to America. Not only that but to share the stage with such amazing contestants—but mostly to share with my sister—this is a dream I’ll never forget, so thank you guys so much.” In a touching Instagram post, Ezra thanked everyone who helped make his dream of competing on So You Think You Can Dance come true, especially his sister. In the post he wrote, “Thank you for being the best sister. Thank you for being you and caring for me in this journey. Thank you for being apart of my dream and making it a reality.”

And that ends my journey on @danceonfox … when I was a kid being on this show was a dream I had to accomplished ever since I saw it for the first time. Sitting there with my sister watching the show I remember saying, “One day we will be up there.” And I never thought in a million years I would get that chance. Yet I did. I wanna thank everyone who made this dream come true. To my beautiful partner @madisonrosejordan who stuck by my side during this competition. Getting to know you and your strength and inner beauty has been such an honor. The moments we shared on stage are ones I’ll never forget. I want to thank all the crew members and producers on the show for caring for us and made sure our voices were heard. Out of all the shows I had the privilege working on SYTYCD was the best by far because of the environment they built. I want to thank all the choreographers. People I looked up to ever since I could remember, getting to work with all of you has been such an honor. Thank you to EVERYONE who supported me and made me feel loved. None of it goes unnoticed. Lastly I want to thank my sister. Thank you for being the best sister. Thank you for being you and caring for me in this journey. Thank you for being apart of my dream and making it a reality. To the top 10 I feel so blessed to share the stage with you all. You are all now my family. To the Top 4! You are all so deserving of this and I’m so happy you all made it! I will be rooting for you all next week! Love Ez ❤️ #sytycd @danceonfox #dancelife @sosasiblings #sosasiblings