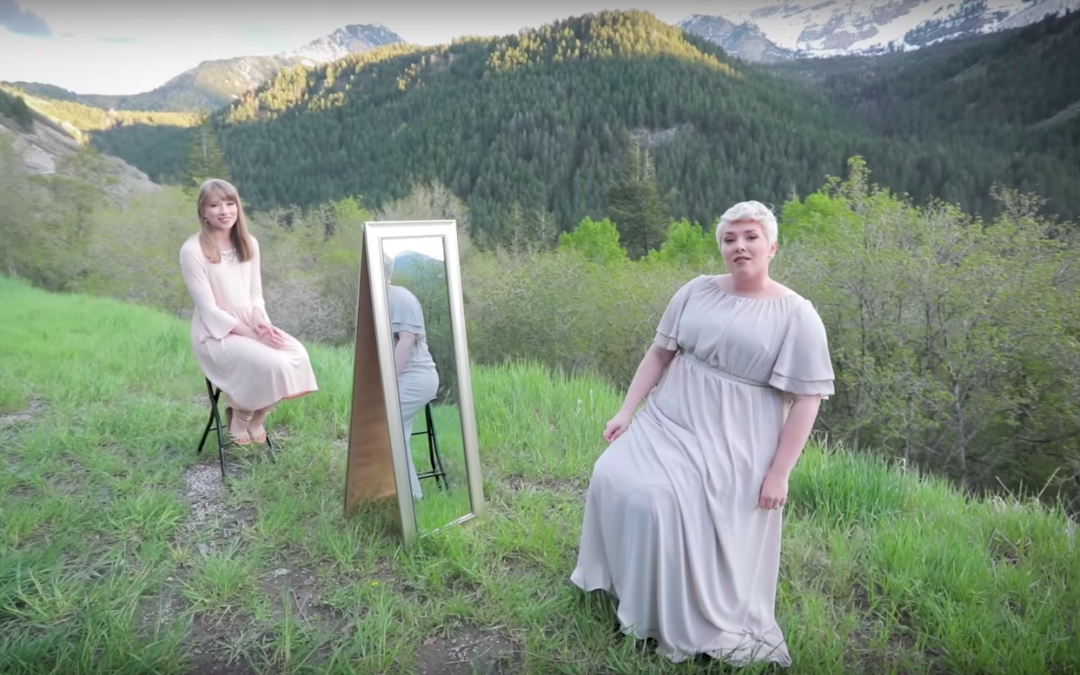 Mormon singer, actress, and dancer Monica Moore Smith collaborates for the first time with her sister, Alana Moore Jeffery, to make a music video. They sing an acoustic cover of the masterpiece “Such Great Heights” by The Postal Service. Monica writes in the video description, “My sister inspired me to become a performing artist. Finally, I’m collaborating with her. Can’t wait for you to hear Alana Moore Jeffery’s golden voice! Her husband and my (real!) boyfriend joined us for this sweet cover.” 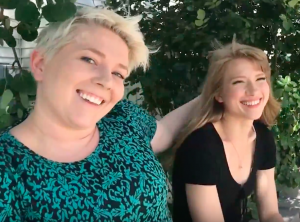 Alana has a rich and slightly deeper voice than Monica. Their voices blend really well together during the harmonies. Alana teaches voice and theater at AMJ Academy. You can find her on amjacademy.com if you would like to take voice lessons or prepare for an audition with her. She must be good at what she does because she’s the reason that Monica became a performer.

This acoustic version of “Such Great Heights” was arranged by Chris Morgan with direction from Alana. Chris plays all of the instruments in the song. The music was arranged in a slightly more upbeat style and contains more harmonies than the original song. The primary instruments used were the ukulele and the piano.

Throughout the video, Monica and Alana are looking into mirrors as they sing, and then their significant others appear in the mirrors behind them. The video was shot in the mountains, and so there is a lot of gorgeous scenery in the background. They used a drone for certain shots to take full advantage of the landscape. 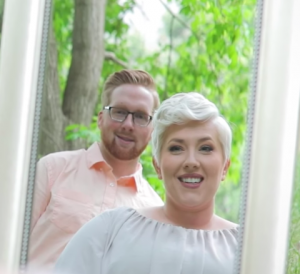 Alana’s husband, Jared Jeffery, and Monica’s boyfriend, Justin Packer, both appeared in the mirrors behind Alana and Monica. Jared had to do it over and over because he kept making funny faces in the mirrors or coming in at the wrong time. Unfortunately, the mirrors broke while they were filming, so the cameraman had to avoid showing the cracked mirrors in later shots. The rest of the music video shows Alana and Monica turning around to find their significant others right behind them. Light, playful romantic scenes follow.

You can listen to the song on Spotify or download it on iTunes or Google Play.