The Eternal Vision of a Blind Latter-day Saint Musician 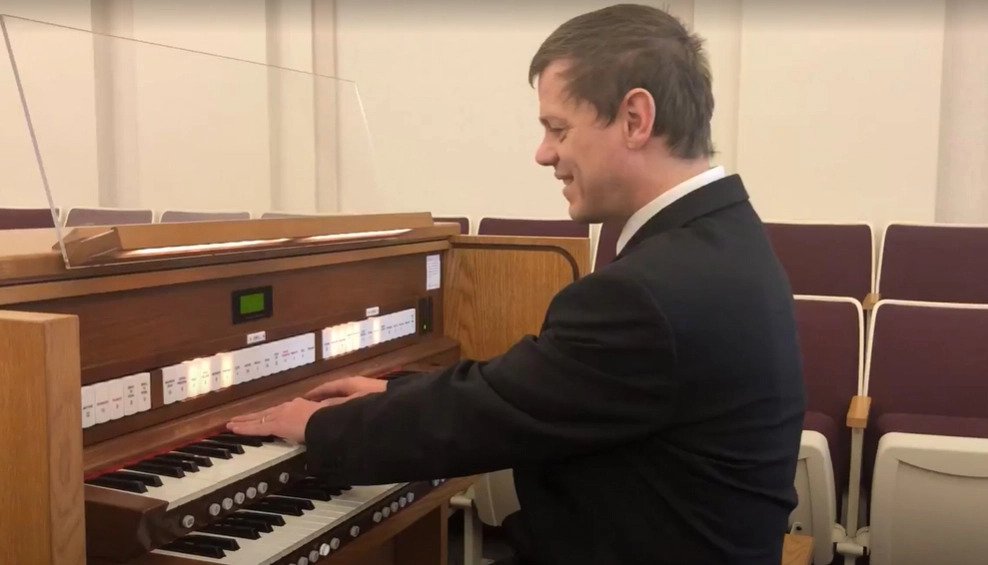 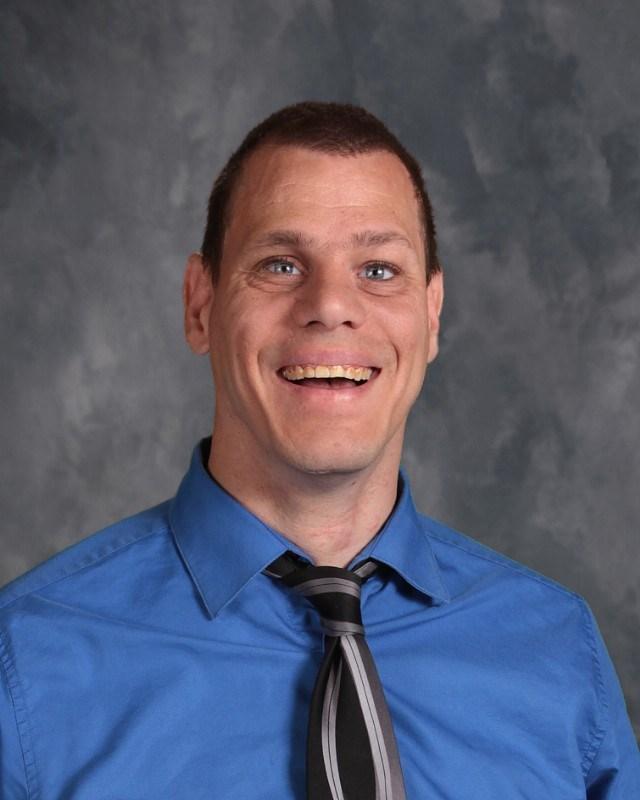 Kyle Woodruff, a member of The Church of Jesus Christ of Latter-day Saints (often referred to as “the Mormon Church”), is a 39-year-old father, a returned missionary, and a music teacher. He has learned to play the organ and more than a dozen other musical instruments, from the piano to the ukulele.

Albeit, Kyle has never actually seen a musical instrument. He was born three months premature and lost his sight shortly after birth. He told the Church News, “The optic nerve and retina were completely detached — I see nothing.” His life is defined by vision, an eternal vision, and ability. From his youth, he has been sustained by his Latter-day Saint faith and a family that has always encouraged him to live his life to the fullest.

Kyle told the Church News, “My mother should be nominated for sainthood because she never held me back — except, of course, for driving. She was the one that told me: ‘Go to school and learn everything you can.’ ”

He resides in Saratoga Springs, Utah, with his wife, Chelsea, and their two children — EmmaLeigh, 12, and Grant Taylor, 10. When the Church News caught up with him, he and his family, like so many others, were socially isolating themselves due to the COVID-19 pandemic, forcing them to work and study from home. He maintains a positive attitude about the situation, realizing “There are three ways to handle life: You can mope, you can cope or you can thrive.” He adds that music literally offers him “the instruments” he has needed to thrive. 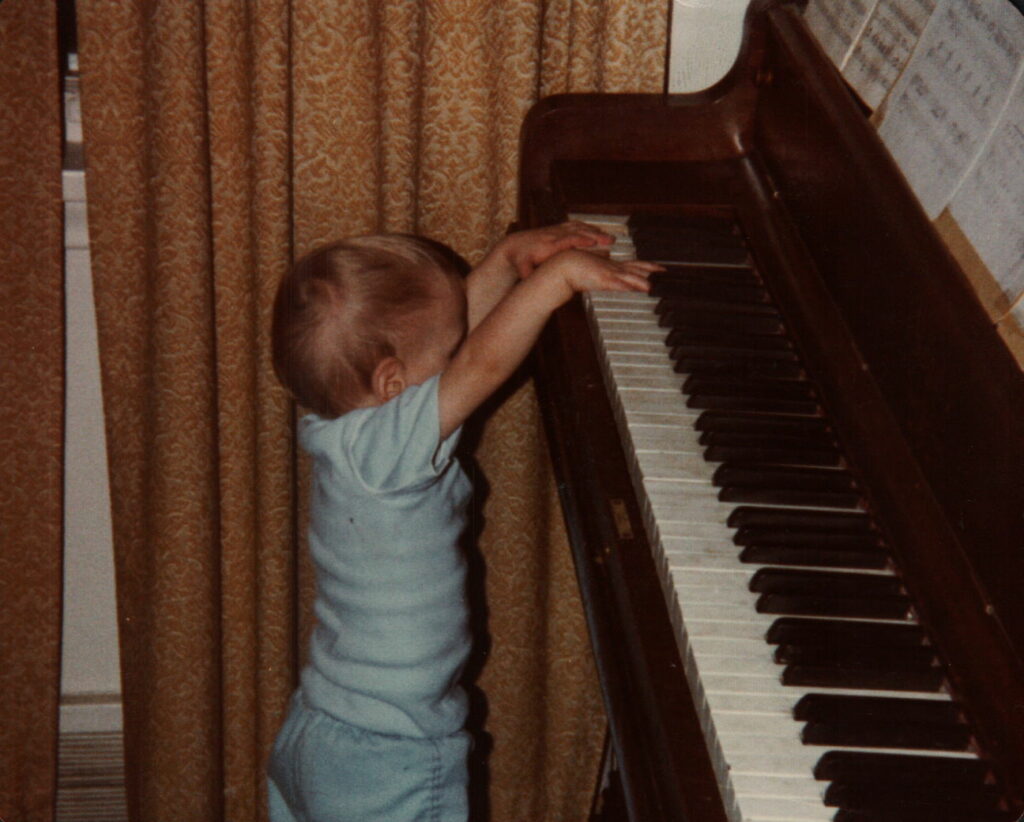 Kyle has been playing the piano since he was three and the organ since he was eight. At about the age of 14, he stopped counting the many different instruments that he can play. As a toddler, he recalls, “I would reach my hands as high as I could over my head and play the keys.” His parents, Donald Woodruff and Claudia Prout, soon realized that their son possessed “perfect pitch.”

He explained, “If you turn on anything that has a pitch — the radio, the microwave, a vacuum — I’m able to duplicate that on the piano. When I was three-years-old, someone rang the doorbell and I ran over to the piano and hit ‘ding dong.’ ”

The young musician was drawn to anything that could generate a musical note and was soon taking piano lessons and learning to read music in braille from an instructor who was blind. That was followed by more technical piano training.

Kyle says that his music aptitude and his love for the gospel have long been harmonious elements of his life, and he can’t fathom one without the other. He said, “Doctrine and Covenants section 25, verse 12, says, ‘The song of the righteous is a prayer unto me.” He continued, “I believe that that ‘song of the righteous’ can be found in the piano, the organ or in the human voice. And fortunately, I’ve been able to use my musical gifts to give back and bless others at Church and in other areas.”

Kyle attended public schools and graduated from Cyprus High School in Magna, Utah. He later continued his music education at the University of Utah. He took a break from his studies and fulfilled a service mission, playing the piano and the organ at various locales at Church headquarters — including the Tabernacle and the Joseph Smith Memorial Building. 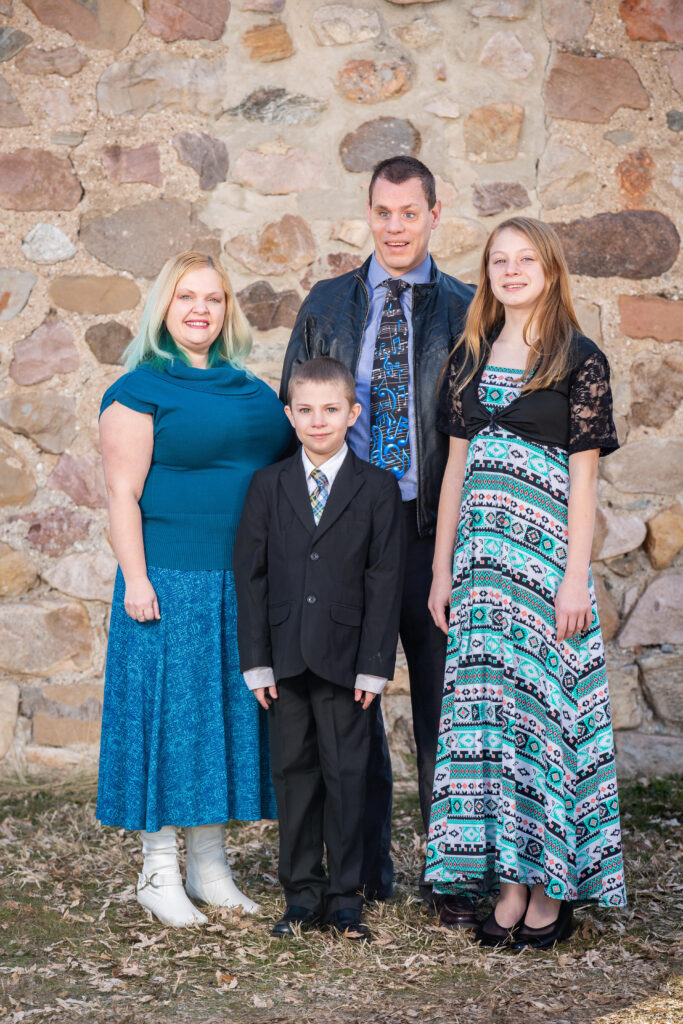 Elder Woodruff met Chelsea Allart, the young woman who would later become his wife while playing the organ in the baptistry of the Salt Lake Temple. She and her brother, Jonathan, were at the temple performing baptisms and afterward inquired about the young missionary’s organ playing. He said, “Chelsea and I talked for about three hours with her brother between us so we could observe the arm’s-length rule.”  They were reacquainted three years later when both were singing in an institute choir at the University of Utah. They soon started dating and were later married.

Chelsea recalls, “When we were dating, a lot of people strongly discouraged us [from] being together because I was in a wheelchair and he was blind. They could not see how it could possibly work. But from the beginning, I’ve been his eyes and he has been my physical support.” Now a clan of four, with two children who love to sing, the Woodruffs are, expectedly, a musical family.

During the ongoing COVID-19 pandemic, Kyle is using Zoom and other social media platforms to continue teaching his music students at Ascent Academy in Lehi, Utah. He attributes the challenges that he has faced since birth for affording him a timely,  eternal perspective on managing the events of the day. He said, “I see challenges as a bump in the road — not as a wall or a mountain that will never be overcome. I see challenges as stepping stones to the future.”