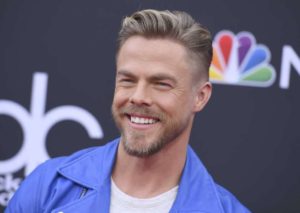 Charity Anderson and Alexis Warr, two phenomenal dancers from Utah County, wowed audiences as they danced their way across the stage with their dance partners on NBC’s World of Dance and were judged by Derek Hough, the only six-time champion in franchise history of the hit ABC show Dancing with the Stars. Now, the two 18-year-olds along with six other dancers, including Hough, are taking their places on stage during “Derek Hough Live!: The Tour.” The other five dancers on the team are Chase Haley Bowden, Peyton Albrecht, Daniella Karagach, Audrey Case, and Jay Jay Dixonbey. In a recent interview with Deseret News, Charity told her friend, Alexis, “I never would have thought I would be going on tour with you. I just don’t believe it.”

Emmy Award-winning and New York Times Best-selling author, Derek Hough, started dancing in his hometown of Salt Lake City, Utah, at age 11. One year later, he moved to London to live and train with the top dance coaches in the world. He also attended the prestigious Italia Conti performing arts school where he studied theatre, music, and dance. Derek Hough Live!: The Tour is his first solo tour. According to his official website, the tour features a fusion of dance and music with styles ranging from ballroom and salsa and hip-hop. Hough and company, accompanied by a live band, are scheduled to stop at the Eccles Theater in Salt Lake City, Utah, on Thursday 23 May 2019. 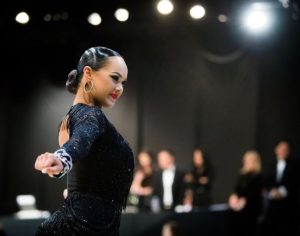 Alexis Warr, of Highland, Utah, trained in ballet, contemporary, hip hop, jazz, tap, gymnastics, and ballroom starting age six at the Center Stage Performing Arts Studio in Orem, Utah, — the same studio where Hough studied. She competed on America’s Got Talent and World of Dance, the later with the Orem-based dance troupe The Pulse. After people from Dancing With the Stars presented Alexis’ name to Hough as a possible dancer for his tour, he reached out to the artistic director at Center Stage Performing Arts Studio who sent him information. Within a few weeks, on 20 February 2019, Hough announced Warr would join the tour in a Facebook post. Alexis commented, “When I was asked to join the tour, I didn’t believe it at first. It took a moment to sink in. I couldn’t wait. Afterward, I started crying and was on cloud nine.” 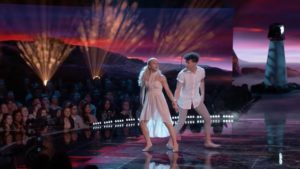 Charity Anderson, of Springville, Utah, began dancing at the age of 2 and has trained in ballroom, jazz, hip hop, tumbling, ballet, and contemporary dance. She and her dance partner, Andres Peñate, of Vineyard, Utah, earned the first perfect score on World of Dance last year and went on to place third— where she competed on a broken toe during the semifinal round. On 24 February 2019, Charity was introduced on Facebook as the last dancer to join Hough’s tour. She commented, “When Derek Hough asked me if I would be interested in coming on tour with him, without hesitation or questions I said, ‘Absolutely!’ I was ready to drop everything and leave right then. I couldn’t believe my ears.”

After Alexis and Charity accepted the offer to join the tour, they were given a rough schedule and then flew to California on 16 March 2019. The tour members spent the next two and a half weeks in rehearsals and opened in Charlotte, North Carolina, on 5 April 2019.

Alexis and Charity, who are both members of The Church of Jesus Christ of Latter-day Saints (often referred to as “the Mormon Church”), have relied on their friendship and faith to sustain them through difficult times. Alexis said, “We are in a dance world that is very demanding. It’s very hard and competitive and we easily compare ourselves to everyone. We get down on ourselves a lot. And then we always question ourselves like, ‘Are we enough? Am I doing good enough?’ That is what has impacted me the most on this tour and what I feel like changed me more and changed the way I approach things. It’s just very heartwarming.” She continued, “It’s also hard because some of our surroundings are controversial. It’s nice to have Charity with me and we can help each other stay grounded.” Charity added, ”It’s easy to forget what we’re doing, why we’re here, and get caught up in the competitiveness and get down on ourselves. God is always there to lift us up. He loves us no matter what.”