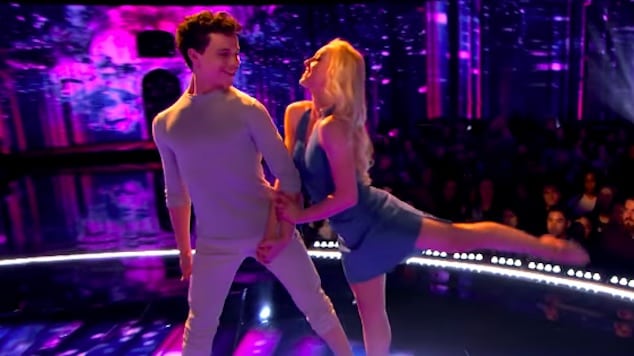 NBC’s reality show, World of Dance, is off to a grand start for its second season as three dynamic acts from Utah County gracefully dance their way across the stage and into the hearts of the judges, studio audience, and television viewers. The three acts include contemporary soloist Jaxon Willard of American Fork, Utah, contemporary duo Charity and Andres of Springville, Utah, and Orem-based Latin ballroom dance team, The Pulse. 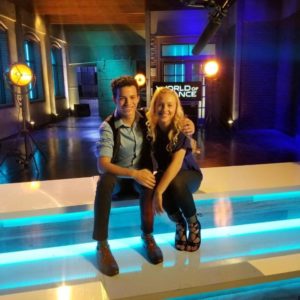 Charity Anderson and Andres Peñate, both 18 and recent high school graduates, are members of The Church of Jesus Christ of Latter-day Saints. The two began dancing together as ballroom dance partners at the age of eight. They danced together for four years until Peñate switched from ballroom to contemporary dance. Having learned both styles of dance at a young age, Anderson fell in love with World of Dance while watching the first season and asked Peñate to audition with her for Season 2.

In an interview with the Daily Herald, Anderson, who recently graduated from Springville High School, said, “I really wanted to try out for the show, but I felt like I needed to bring something that was kind of different than what they’ve seen, and they’ve seen soloists, and I didn’t see very many duets. A lot of people were telling me that our styles are kind of the same and our strengths are pretty similar, and so I got encouragement to ask (Andres) to be my duet partner.” Anderson follows in the footsteps of her older brothers Landon Anderson and Ryan Di Lello, who previously competed on Fox’s So You Think You Can Dance. 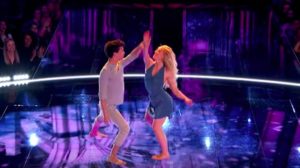 On Tuesday evening, 5 June 2018, the duo advanced to the next round of World of Dance. According to UtahValley360.com, “They danced, they flipped, and, at times, it seemed as though they floated.” The duo danced a contemporary routine to James Arthur’s “Say You Won’t Let Go,” earning them a score of 95.3 out of 100 which surpassed the required score of 80 needed for advancement to the next round in the competition, as well as, a standing ovation from the judges. Jennifer Lopez, one of the judges of the show, had nothing but praise for Anderson and Peñate. She said, “Honestly, could you be any cuter? And when you dance, you’re so beautiful. It was like one person. It was like you were extensions of each other. It was so magical. A partnership is so hard to find in life, in work, in dancing — and you guys have it. You have magic.” Judge Ne-Yo further commented, “This is what one-million-dollar contemporary looks like.”

Peñate said that he and Anderson went into the audition with no expectations. He further said, “We were honestly just hoping for 80, so when we saw that we were in the 90s, that was crazy enough. Then when we got Ne-Yo’s 97 — that just blew us away. A great feeling just washed over us.” Anderson commented that it was a lot of pressure performing in front of the judges. She said, “They’re so inspiring and having them watching you and judging you, it pushes you so much more.”

In preparation for their breathtaking audition on World of Dance, Anderson and Peñate created a vision board and started working towards their goal. According to UtahValley360.com, “They even tried to imagine what it would be like dancing on the World of Dance stage by setting up judges’ seats and placing stuffed animals there to represent the judges.” Prior to their performance on the show, Anderson commented, “If ‘World of Dance’ was a class, I think we’d be getting an A+ because we’ve been doing so much research and so much homework.” Peñate added, “Yeah, we got the extra credit in.”

Peñate also commented, “I’ve just always thought that if you’re going to be doing something for the rest of your life, why not do something that you love? Getting to go to work and do something that’s fun to you — it sounds like a dream.” Anderson added, “Every time I dance I get to explore new worlds that I can’t talk about. I love sharing stories with people and having other people feel what I’m feeling. I love to relate with people and I feel like I can do that best through dance.”

There are five rounds in the show: Qualifiers, Duels, The Cut, Divisional Final and the World Final. Anderson and Peñate competed in the Junior category, which consists of contestants 17 years old and younger with one to four dancers. Peñate told the Daily Herald, “I feel like ‘World of Dance’ is going to give us a lot of opportunities to just keep growing at dances, just kind of give us that extra exposure that could really help us in getting more opportunities to show what we can do and also more opportunities to learn more.”

On Wednesday, 1 August 2018, Charity Anderson and Andres Peñate from Springville, Utah, wowed the World of Dance judges with their routine, earning them the first ever perfect score in the history of the show, and advancing them to The Cut. The duo who choreograph their own routines competed against contemporary dancer Vivian Ruiz in The Duels in the Junior category. They beat Ruiz with their routine to “Way Down We Go” by Kaleo.

Judge Jennifer Lopez commented, “It felt so new and disruptive. Some of the moves were straight out of ‘The Matrix.'” Judge Derek Hough commented, “When you choreograph your own routines, you know what you are capable of doing, you know your limits and you know your strengths. You guys choreographed a routine that didn’t just play to your strengths — it surpassed it. It transcended dance.” After winning the Duel, Hough called the duo “the whole package.