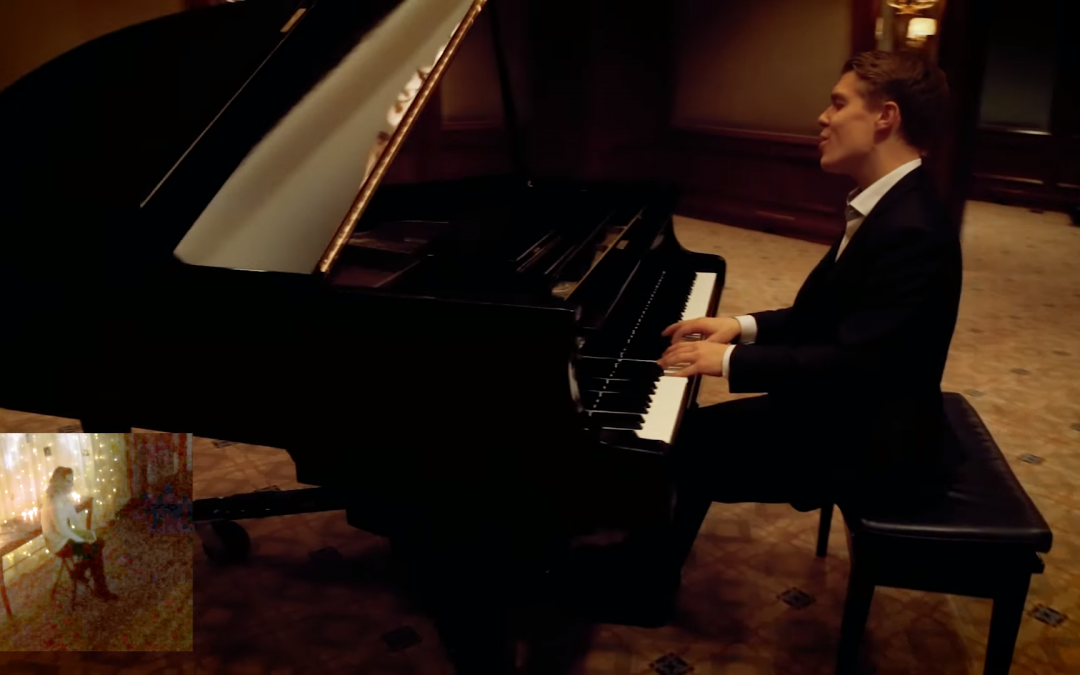 David Ross, a member of BYU’s a capella group Vocal Point, has spent the last four months creating the perfect marriage proposal for his girlfriend, Amber Perez. The couple met while on a humanitarian trip in Ecuador.

Amber had said that she would never cry when he proposed, but the video was so moving that the promise was quickly broken.

Back on Valentine’s Day Ross told Perez that he had an errand to run before they went to dinner. Instead, Perez found herself following a trail of candles and rose petals that eventually led to a room filled with lights and pictures of their memories together. Once she arrived, the video started playing.

She said “yes,” and the couple was married in the Salt Lake Temple for time and all eternity on April 29, 2017.