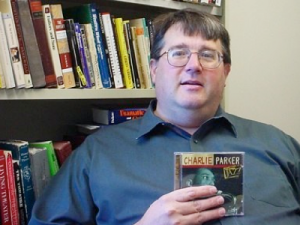 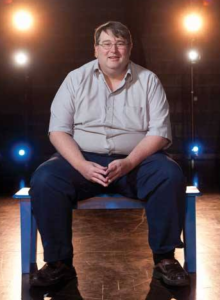 Well known Latter-day Saint playwright and LGBT advocate, Eric R. Samuelsen, a devout member of The Church of Jesus Christ of Latter-day Saints (often referred to as “the Mormon Church”) passed away on Friday, 20 September 2019, at age 63.

Samuelsen was born in Provo, Utah, but grew up in Indiana. His father was an opera singer who immigrated from Norway. Samuelsen himself served a mission for the Church in Norway. His father helped to inspire his 2017 play, “The Ice Front.”

Eric Samuelsen was a graduate of the Brigham Young University (BYU) class of 1983. In 1992, he returned to the university as a member of the faculty. For a little more than a decade, from 1999 to 2011, he was the head of the university’s play writing program. In 2012, he retired from BYU after being diagnosed with polymyositis — a rare disease that causes muscles to become irritated and inflamed. However, he did not allow his health issues to deter him from continuing to draft plays.

As a noted playwright, he saw more than two dozen of his plays produced across the United States. He was also a three-time winner of the Association for Mormon Letters Drama Award. 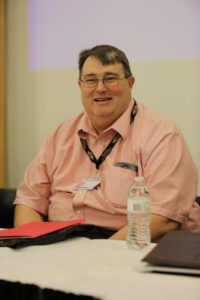 In 2003, Samuelsen began working with Plan-B Theatre Company in Salt Lake City, Utah, and became the playwright in residence there in 2012. In 2013-14, the theater presented four of his works in “A Season of Eric.” At his passing, Jerry Rapier, Plan-B’s artistic director posted on Facebook, “There is a hole in my heart; an entire swath of my soul is flapping in the wind, threatening to detach and fly away.” Plan-B released a statement, that said Samuelsen “made our world a better place simply by being in it. … You risked many things to share your work with us. You were good, you were right, you were kind. And you were one helluva playwright. You challenged us, you changed us, you buoyed us and inspired us.”

Samuelsen was known for creating Latter-day Saint characters who were a little less than perfect. For example, his 2011 play, “Borderlands,” which debuted at Plan-B, is set in a Provo used-car lot and features a car salesman who identifies as a Latter-day Saint despite his dubious ethics, and a character who is an openly gay, LDS teenager. The Salt Lake Tribune reports that according to Plan-B, Samuelsen “advocated for the equality of all, for the protection of all, at great personal cost. Many LGBTQ people are alive today because of him.”

Samuelsen explained to the Catalyst magazine that he is a “straight, married Mormon guy” who “tried to be a friend to LDS gay students, who in past years were treated abominably.” He said, “I’ve tried to work within the system, to quietly influence attitudes and policies. Things have improved in recent years. But it’s not possible to write about borderland Mormons and not include a gay character.”

His first produced play, “Letter from a Prophet,” debuted at BYU in 1978. Over a period of four decades, his works included “Accommodations,” “Gadianton,” “The Seating of Senator Smoot,” “The Way We’re Wired,” “Family,” “Amerigo,” “Nothing Personal,” “Clearing Bombs,” “3,” and “Kruetzer’s Sonata.” 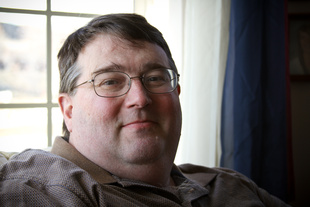 In an interview with the Salt Lake Tribune, Samuelsen said, “I grew up with stories about the Norwegian resistance. My dad told stories of how he would entertain people in fallout shelters. As a child, he would sing American folk songs in English because he loved cowboy movies, especially singing ones. That was the beginning of his career as an opera singer. I always wanted to do something with those stories.”

On Thursday, 19 September 2019, Samuelsen posted the following message on Facebook: “It’s been wonderful to see so many friends and family. I’m aware that I’m dying, but I don’t feel like I’m dying. I asked the doctor about it and he said you may not. You may just feel slower and more tired and weaker. Thank you so much for the tributes. Love to my friends.”

Tim Slover, a theater professor and fellow playwright at the University of Utah, said in a statement, “Eric was a fantastic amalgam of intellect, heart, wit, and artistic generosity. He was and will remain an inspiration to all whom he taught and all who aspire to write for the stage, especially those of us who try to dramatize belief and frailty.”

Eric Samuelsen is survived by his wife, Annette, and their four children.