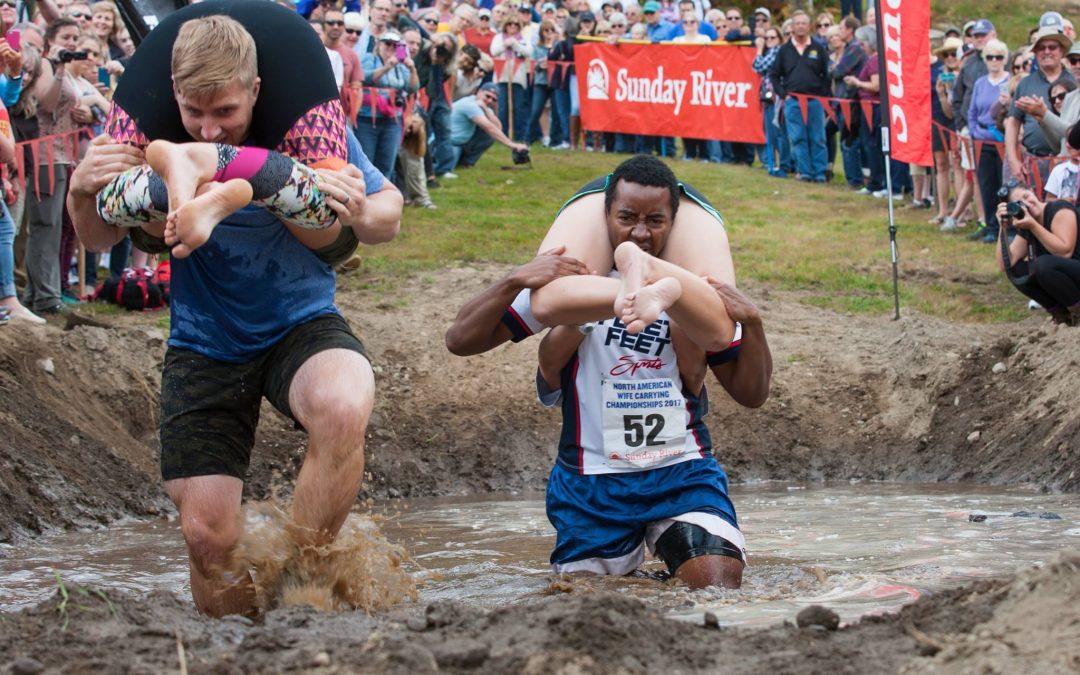 What began as a Finnish tradition has now become the North American Wife Carrying Championship. Each man literally carries his wife as he runs. The annual championship race is held in mid-October in Maine at Sunday River Resort.

This year’s champions: Jake and Kirsten Barney, an LDS couple from Lexington, VA. 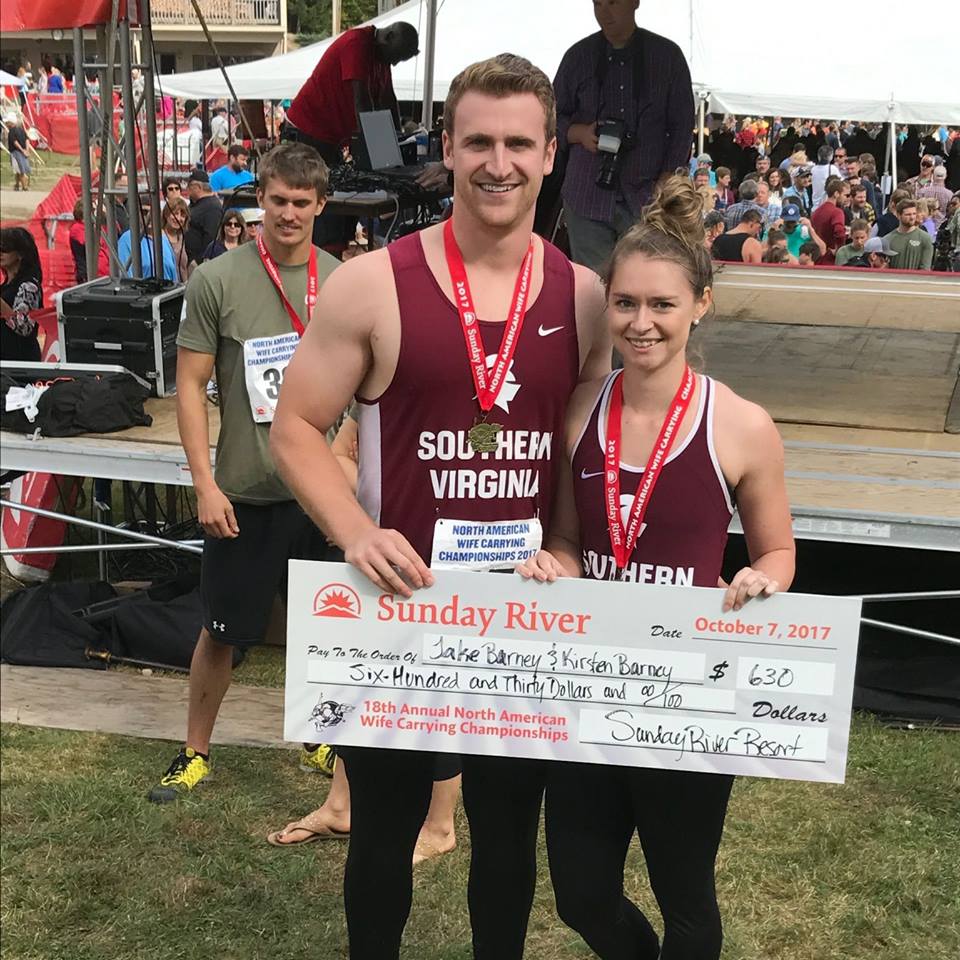 These Virginians took first place running the 278-yard (254-meter) race in 58.26 seconds. Typically the course is run on uneven ground with some change in elevation. The course design includes two dry obstacles and one water obstacle, although the specific obstacle designs can change each year.

Kirsten and Jake won a $630 check for their victory in this 18th annual competition, along with Kirsten’s body weight in beer—an unwanted prize which the couple gave to the second-place champions.

“We have a strong testimony of the Word of Wisdom,” Jake says. “While there were people that were surprised and thought us a little crazy, no one seemed to judge us negatively and it was a good way for us to share our beliefs.”

The World Championship will be held in Sonkajärvi, Finland. Jake and Kirsten plan on competing there in July 2018.