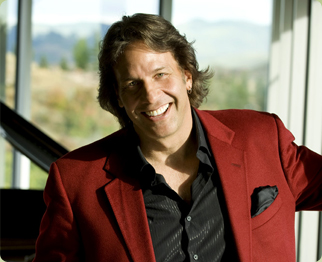 Kurt Bestor is an accomplished musician, composer, actor, athlete, poet, sculptor, artist, and famous Mormon who uplifts people worldwide through his music. He was born in 1958 in Waukesha, Wisconsin, but grew up in Orem, Utah (1966). Kurt started playing the piano at a young age and later the trumpet. His mother influenced his desire to play the piano, as she encouraged him to imagine and play a sunrise. When he watched the movie Jaws during high school, he focused on the film’s music and dreamed of composing film scores. He accomplished not only this but more, as many can visualize, feel, and imagine scenes simply through listening to his music.

As a teenager at Orem High School, he developed his musical talent and competed as an athlete. The Orem High School faculty awarded him the “Tigerama Award” for contributing the most during his high school years. He performed in musical theater and played the trumpet for orchestra, symphonic band, jazz band, acapella choir, and chamber choir. Kurt was a finalist for the Utah Sterling Scholar Award in Music. [1] Kurt also competed 10 years on local swim teams and obtained a state meet medal and broke school records.

The famous Mormon musician was raised in a Catholic family that taught Christian values. [1] He joined the LDS Church (1977) when he learned of the restoration of the gospel of Jesus Christ. When he was a young man, his parents and three siblings were baptized members of The Church of Jesus Christ of Latter-day Saints (often mistakenly called the Mormon Church by the media).

I’m Mormon, but perhaps not orthodox. I attend church, but find myself closer to God when I hike Timpanogos [mountain]. I see God in the miracle of life and feel Him in the music, but have trouble, at times, understanding His true nature… [I] have a strong yearning to live as Jesus did . . . There’s nothing in my life that is at odds with my Mormonism. I also feel a deep spiritual mission, a ‘calling’ as it were, to spread my gospel of peace and sweetness through music. Spiritually I feel incredibly fulfilled . . . I love where I am — spiritually active with the same values that I’ve always had. [2]

His faith in God has impacted not only his music, but other people worldwide. Kurt was very excited to share his beliefs with others when he was called by a prophet of God to serve a mission (two years voluntary service) in the former Yugoslavia. During the Yugoslav wars, his love for the people was expressed in his composition of the famous song “Prayer of the Children”.

When I do “Prayer of the Children,” it’s as if the audience doesn’t want to breathe. That’s why I do it. That gives me purpose. There are moments when time stands still. Everyone’s breathing at the same time; when the music goes up, everyone goes up, and when it goes down, everyone goes down. There’s a unity of feeling. [2]

I have felt Kurt’s powerful testimony of God while listening to his uplifting music. I invite you to listen to Kurt Bestor’s music about the restoration of the gospel of the Lord Jesus Christ on this short video:

Kurt is not only a successful musician and famous Mormon but also a busy father. He married Melodie, an accomplished pianist who helped critique his music, and had two daughters (Kristan & Ericka) who were born with spina bifida. The demands of his music career (i.e. attending concerts and charity events) led to missing his children’s recitals, school events, and family reunions, and ultimately, to his divorce. He later married the singer Holli Ammon (2000) and lived with her and her two children for a couple of months. Since his two divorces, he has remarried and currently lives with his wife Petrina and daughter Ella.

Kurt dropped out of Brigham Young University (music composition major) to write music for TV themes, commercials, and movies. Later, he completed a degree in Studio Composition, and in 1998 he received an honorary degree from Utah Valley University.

Kurt studied during the Sundance Film Festival with the famous film composers Dave Grusin, Alan Silvestri, & David Raksin. He composed, arranged, and recorded his own CDs despite people telling him he wouldn’t succeed. His Christmas music has been displayed in annual Christmas concerts with guest performers such as Jennifer Warnes, Richard Elliot, Debbie Gibson, Donny Osmond, Eyevonne Williams, and Charlie Bisharat. Kurt described his profession:

My favorite feeling is to stand in front of a symphony, and when I lower the baton, out of 80 or 90 musicians comes something that was in my head. I don’t even totally understand how that works. It’s magical almost. I can put it down on paper out of my head, and the musicians combine their talents and the audience receives what I felt when I was in my room by myself creating it. Music is pure communication. It makes me feel like I have a mission or purpose in life. I take people on a little journey in concerts. It feels right. [2]

Kurt’s childhood friend Sam Cardon was one of my neighbors. I never met Kurt personally but I remember asking Sam to play a challenging piano duet. He agreed to “practice” it with me and after one time through he’d played it perfectly. I asked him to play it again for my benefit. This same man helped Kurt write the jingle “Season’s Greetings from ABC” and music for the 2002 Winter Olympics. Kurt was privileged to carry the Olympic torch through Salt Lake City, [4] as I witnessed the patriotism and excitement throughout Utah during the Olympic games. I remember Kurt’s music playing on the radio and feeling proud of the freedom within my country.

Kurt has participated in charitable musical concerts and served as a National Advisor for ASCEND: A Humanitarian Alliance (a non-profit organization that provides education, enterprise, health, and simple technology in African and South American countries). [3] Some of the famous Mormon’s musical accomplishments include—

Famous People I Have Known Blog