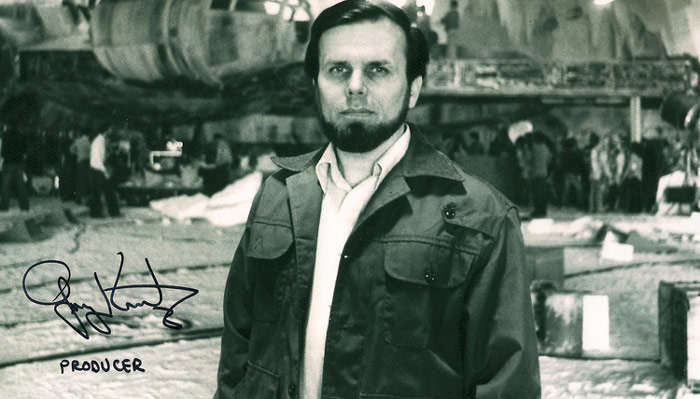 Gary Kurtz (born July 27, 1940 in Los Angeles, California) is a film producer whose list of credits includes American Graffiti, Star Wars and The Empire Strikes Back. He later produced The Dark Crystal and Return to Oz after departing from the Star Wars series. Kurtz and Lucas first collaborated on the 1973 film American Graffiti, which became a huge box office hit. Kurtz then became producer of Star Wars, released in 1977, and its sequel, The Empire Strikes Back released in 1980. Many of the more mystical and spiritual elements of Star Wars were influenced by Kurtz, who had extensively studied comparative religion.