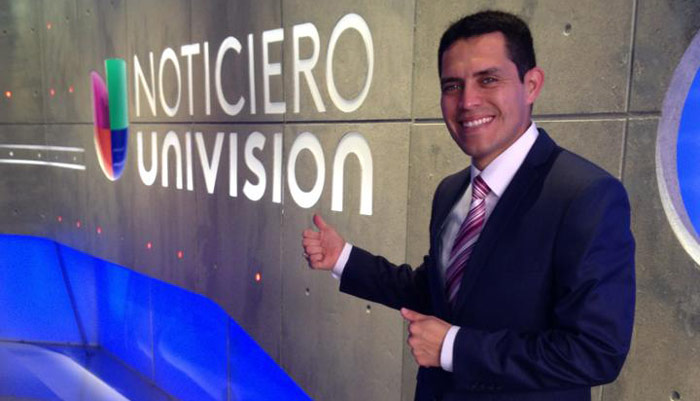 Pedro Rojas has been a part of the KXLN Channel 45 team in Houston since December of 2004, working as a news reporter and weekend news anchor.

Pedro was born in Mérida, Venezuela. He graduated in September of 2000 from the University of Los Andes, the second largest university in Venezuela, with a major in Social Communication and a minor in Humanity Development.

Pedro came to the United States in May of 2001 and began working as a news reporter for a local Spanish-language television station in Salt Lake City, Utah, KSVN Channel 66. He also hosted a radio show during that time in the Spanish programming at KWCR-FM 88.1 in Ogden, Utah.

Pedro later became the executive producer and news anchor at Independent News Network in Davenport, Iowa where he was responsible for the broadcasting of newscasts for several Univision affiliates in cities such as Salt Lake City, Utah, Amarillo, Texas, and Little Rock, Arkansas.