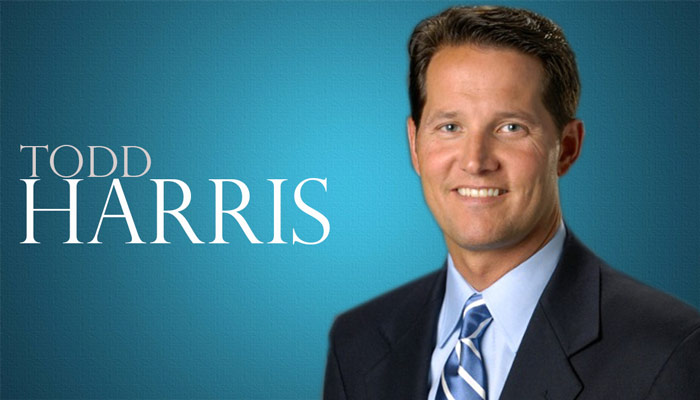 Todd Harris is a play-by-play announcer for ESPNU college football coverage and World Extreme Cagefighting airing on Versus.

Prior to those duties, he was the lead play-by-play announcer for ABC and ESPN’s coverage of the Indy Racing League’s IndyCar Series. He has also called motocross, supercross, and X Games coverage on ESPN, and has been the lead announcer for the World’s Strongest Man competition.

Harris’ duties at other networks have included covering the NBA playoffs for TNT, and being a commentator for the Winter Olympics. Harris is a 1990 graduate of Brigham Young University, graduating with honors with a major of Communications. He is a Southern California native but grew up in Portland, Oregon were he was a standout high school athlete. He began his broadcasting career as a weekend anchor/reporter for WBKO-TV in Bowling Green, KY.