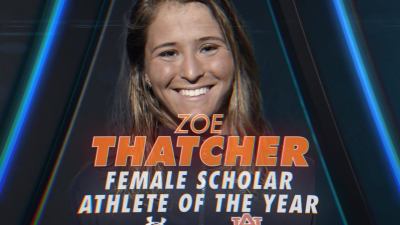 On Monday, 23 April 2018, the Athletics Department at Auburn University, a public research university in Auburn, Alabama, honored both individuals and teams for the best athletic and academic achievement during the 2017-2018 season. 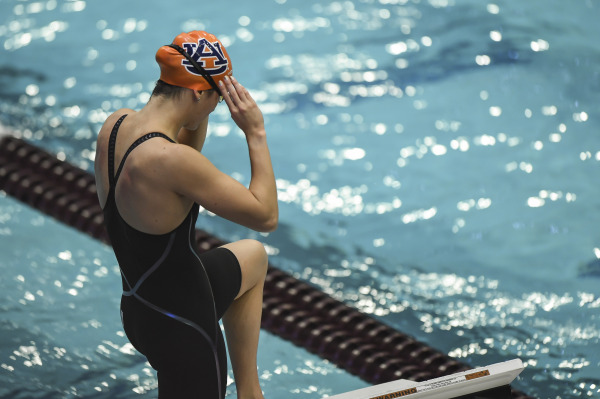 During its ostentatious AUSPY award program held inside the Auburn Arena, Mormon athlete and Auburn Swimmer, Zoe Thatcher from Mason, Ohio, was named Auburn University’s Female Scholar Athlete of the Year. Zoe is an apparel design major. She found her passion through her father, Geoffrey, who is the executive creative director for The Brand Experience. She has a minor in studio art. She told auburntigers.com, “My dad has always encouraged the creative side and he kind of directed me into apparel design. I’d like to go into sporting apparel design for a company like Under Armor or, somewhat completely opposite, go into costume design for movies.” She continued, “The more I’ve taken the classes, the more I’ve fallen in love with it.”

Zoe swims for the Auburn University Swimming and Diving Team, competing in the freestyle, backstroke and IM, excelling in distance events. She is a three-time National Collegiate Athletic Association (NCAA) qualifier. During her junior year at Auburn, she took 27th in the 400 IM, 32nd in the 1650 Free and 33rd in the 500 Free at the NCAA Championships. Other athletic achievements include: competing at the 2016 Olympic Trials and at the 2017 Phillips 66 National Championships, taking 30th in the 400 IM, 40th in the 200 IM and 56th in the 400 Free. She also has the honorable distinction of having the fifth fastest time in the history of Auburn in both the 400 IM (4:09.50) and 500 Free (4:39.95). 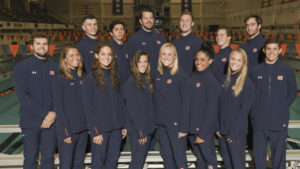 Just two days prior to the AUSPYs, Zoe received the Stanley Louis Sugar Memorial Scholar Award for earning the top GPA on the swim team for the third consecutive year. She is a member of Phi Kappa Phi and has been on the Dean’s List and SEC Academic Honor Roll every season of her collegiate career. In 2016, Zoe was honored with being awarded the Outstanding Second Year Award from Phi Kappa Phi. The award goes to selected students from those completing a minimum of 60 semester hours during the previous two academic years. She will graduate next week with a 4.0 GPA.

Zoe, a graduate of the Church Education System’s Institute Program, credits her Institute teacher, Mark Beesley, for recruiting her to Auburn. She recalls, “On my official visit, the swim coaches took me to the small Mormon chapel across the street from the University and Mark Beesley welcomed us at the front door wearing an Auburn tie, Auburn belt buckle and a big smile.” He was even in the stands during Zoe’s first meet as an Auburn swimmer which was on a Sunday. She was 17 years old at the time and was surprised to see Brother Beesley in the stands dressed in suit and tie, cheering her on as she swam a mile. She commented, “I’ve learned a lot from him in the twice-weekly Institute classes, but I will never forget that simple act of service that made me feel loved and supported.”