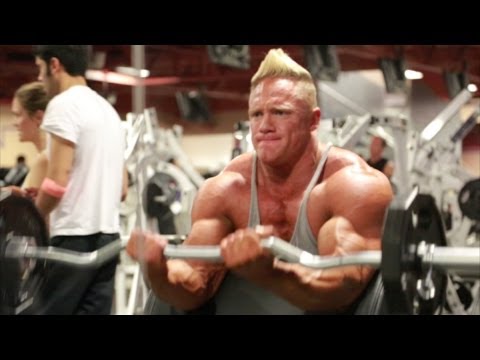 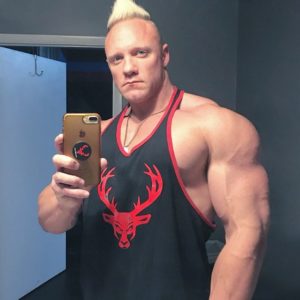 National bodybuilding champion, Latter-day Saint Mike Symkoviak is featured in a new documentary that focuses on what it takes to become spiritually “ripped” and proves that the heart is the most robust muscle of all.

Symkoviak’s passion for bodybuilding was sparked by his one-hour workouts while serving as a full-time missionary for The Church of Jesus Christ of Latter-day Saints (often mistakenly referred to as the “Mormon Church”). The 35-minute film called Stripling and was inspired by the description of Helaman’s Army of stripling warriors in the Book of Mormon. In the film, Symkoviak is joined by Craig Anderson, a local young men’s leader. Together they share a story of faith, determination, and standards, with Symkoviak discussing what he’s learned about the gospel of Jesus Christ from his professional career as a bodybuilder.

He said, “Being a Latter-day Saint and a bodybuilder is sometimes perceived as contradictory. A lot of people feel like, that’s a vain thing, a prideful thing to cater to your physical appearance. But I do it because I love it. I love the discipline it takes, the way it makes me feel. As I said, it goes hand in hand with spiritual things as that balance.” He continued, “Your testimony is similar to a workout textbook or workout program. You see it on paper what you need to do to get results, but until you put in that faith to actually see if it works, you’re not going to see any results.” 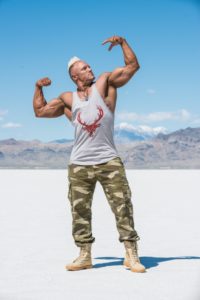 Anderson, whose passion is to help prepare young men to serve honorable missions, echoes the need for young men to have the diligence to strengthen their minds and hearts to live a life as a disciple of Jesus Christ. He said, “As any good bodybuilder knows, it doesn’t happen overnight. There’s the injury. There’s the pain. There’s persistence. You push yourself to the limit, and if you don’t the Lord will, and you will then become spiritually ripped.”

The film was created by writer and director Tom Laughlin to inspire youth, especially young men as perhaps they have never been inspired before. LDS Daily.com reports that Stripling premiered at the LDS Film Festival and is currently a finalist in the Documentary – Short Category for the Utah Film Festival. The film is available to watch on Streamlette.com or you can purchase a DVD by emailing [email protected]