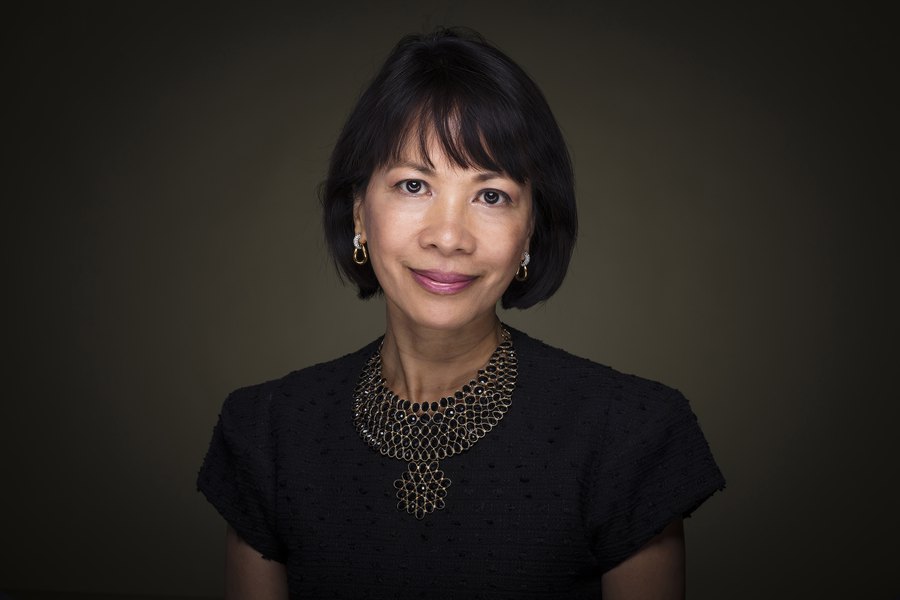 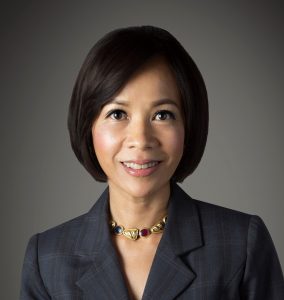 On Friday, 20 April 2018, the Utah State Board of Regents voted unanimously to select Astrid S. Tuminez, a member of The Church of Jesus Christ of Latter-day Saints, and Microsoft’s regional director for corporate, external and legal affairs in Southeast Asia, as the seventh president of Utah Valley University (UVU) in Orem, Utah.

She was among four finalists to replace current president, Matthew S. Holland. Holland announced in November 2017 that he would retire in June 2018, after nine years at the school, to serve as a mission president for The Church of Jesus Christ of Latter-day Saints in the North Carolina Raleigh Mission starting in July.

Born and raised in poverty in the Philippines, neither of her parents attended college. Her older sister, beginning at age 15, raised six siblings after their mother left when she was five. She emigrated to the United States in 1982 and later became a U.S. citizen.

Despite her humble beginnings, she went on to earn a bachelor’s degree from Brigham Young University in 1986, graduating as valedictorian, a master’s degree from Harvard University and a doctorate from Massachusetts Institute of Technology. She also has a publications list that runs two pages long. And she speaks English, Filipino/Tagalog, Ilongo, Russian and French fluently and has a working knowledge of Spanish, according to her curriculum vitae. 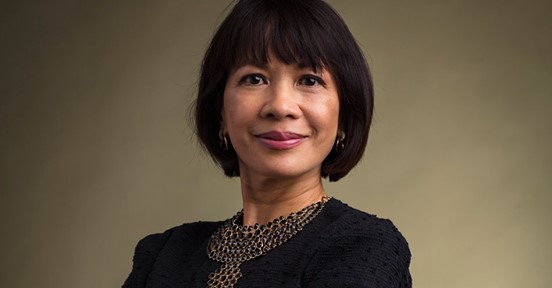 Tiffany Caldwell of the Salt Lake Tribune reported that Tuminez “ was the vice dean of research and the assistant dean of executive education at the Lee Kuan Yew School of Public Policy at the National University of Singapore. She has consulted the U.S. Institute of Peace, has been the director of research at AIG Global Investment Corp. and has worked at Carnegie Corp. of New York. Her career also took her to Moscow, where she oversaw an office of the Harvard Project on Strengthening Democratic Institutions.”

Daniel W. Campbell, chairman of the Utah’s Board of Regents, said, “Throughout her storied career, she has focused on bridging gaps in education and opportunity to make a difference in people’s lives, which seamlessly aligns with UVU’s institutional mission and core themes. Dr. Tuminez’s experience, vision, and dedication to student success will ensure that UVU continues to thrive in the years ahead.”

Dr. Tuminez told outgoing president Matthew Holland that she would “honor what you’ve built and build on it.” She continued, “President Holland and Paige Holland, I’d like you to know I’ll never be able to fill your shoes, ever. I don’t know what size shoe you wear.”

She told Deseret News that being selected as president of a university “is in some ways overwhelming, but my life was completely transformed by education.” She continued:

I was raised in the slums of the Philippines and I was 5 years old when Catholic nuns offered me and my siblings a chance to go to school. So that changed the entire trajectory of my life, and that’s what makes it so exciting for me to be in a university like UVU.

This is a university that believes in the innate dreams and capacities of people and to build on that, to help each person make their own way but give them the skills and competencies so their chances of succeeding in life and having a good life are a bit better.

Dr. Tuminez is married and has three children.