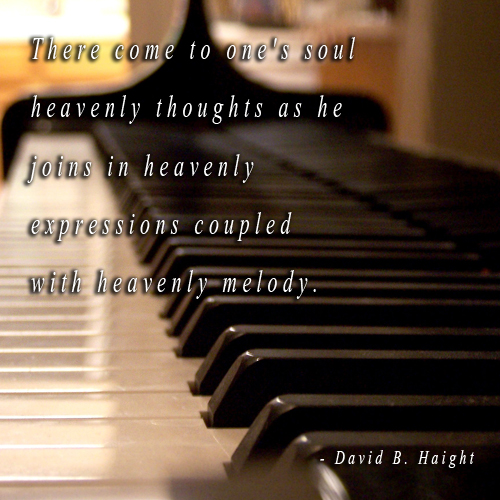 As a growing world-wide church, The Church of Jesus Christ of Latter-day Saints (often inadvertently called the “Mormon Church”) comprises members from many nations around the globe.  While professing the same fundamental religious beliefs and following the tenets of The Church of Jesus Christ, each individual Latter-day Saint (“Mormon”) develops his or her unique talents and skills.

Mormons believe talents are gifts from God to edify and benefit mankind. “For all have not every gift given unto them; for there are many gifts, and to every man is given a gift by the Spirit of God. To some is given one, and to some is given another, that all may be profited thereby” (Doctrine and Covenants 46:11-12).

The Mormon Tabernacle Choir enjoys promoting diversity in their concerts.  The choir recently announced that Lindsey Stirling, Nathan Pacheco, and Grammy Award-winning artist James Taylor will be headlining two of the choir concerts.

Between Lindsey, Nathan and James, we truly have something for everyone this summer and continue to cross generational and cultural boundaries with the Choir’s music. The Mormon Tabernacle Choir is so enthused to be able to perform with such a talented group of artists representing a wonderful breadth of musical genres, from hip hop to opera to pop.

Hip hop artist and Mormon Lindsey Stirling, will be the first hip hop artist to perform in the Conference Center.

As an artist, any classification of Lindsey Stirling risks oversimplification. Stirling, a classically-trained violinist, is famous for combining the melodic sounds of the violin with the dynamic energy of hip hop—all while dancing! Although Stirling first came to the public’s attention in 2010 as a quarterfinalist on NBC’s America’s Got Talent, she is best known for her YouTube channel (youtube.com/lindseystomp), which has nearly 2.5 million subscribers. Her videos have been viewed more than 300 million times. Stirling recently finished a 55-city tour of Europe, Canada and the U.S.

“I have always loved the Mormon Tabernacle Choir,” says Stirling. “I have been brought to tears by so many of [Choir director] Mack’s arrangements, and it is such an incredible honor to be working with him.” 1

Tenor Nathan Pacheco is also a Latter-day Saint and has performed with Yanni and Katherine Jenkins and has performed for Prince Charles.  As a student at Brigham Young University, he sang under current Mormon Tabernacle Choir director Mack Wilberg.

“I had the privilege of singing under his direction during his last year with the BYU Men’s Choir,” Pacheco recalled. “So it goes without saying that to be able to sing with the Mormon Tabernacle Choir, directed by Mack Wilberg, is an experience I’m quite certain I’ll never forget.”

Jarrett said Utah audiences will enjoy Pacheco, a rising star for whom the choir president predicts great things. Born in Virginia of Brazilian descent, Pacheco was also educated at BYU before beginning his professional career.

“He is that rare performer who is equally comfortable with both pop and opera,” Jarrett said. “We are grateful that we caught him on the way up. The time will probably come when he will be so inaccessible we won’t be able to get him.” 2

The Mormon Tabernacle Choir often invites talented individuals not of the Mormon faith to participate in their weekly broadcasts and concert events.

“James Taylor is such a coup for us,” Jarrett said. “This is a man of such enormous talent, with so many years of history making amazing music, it’s going to be wonderful blending him with our incredible Utah Symphony and the Tabernacle Choir.” 3

Diversity in music is a great unifier. People come together appreciating the talents and efforts of the musicians. All edifying talent glorifies God, the giver of the gift. The psalmist recorded, “I will sing unto the Lord as long as I live: I will sing praise to my God while I have my being” (Psalms 104:33).