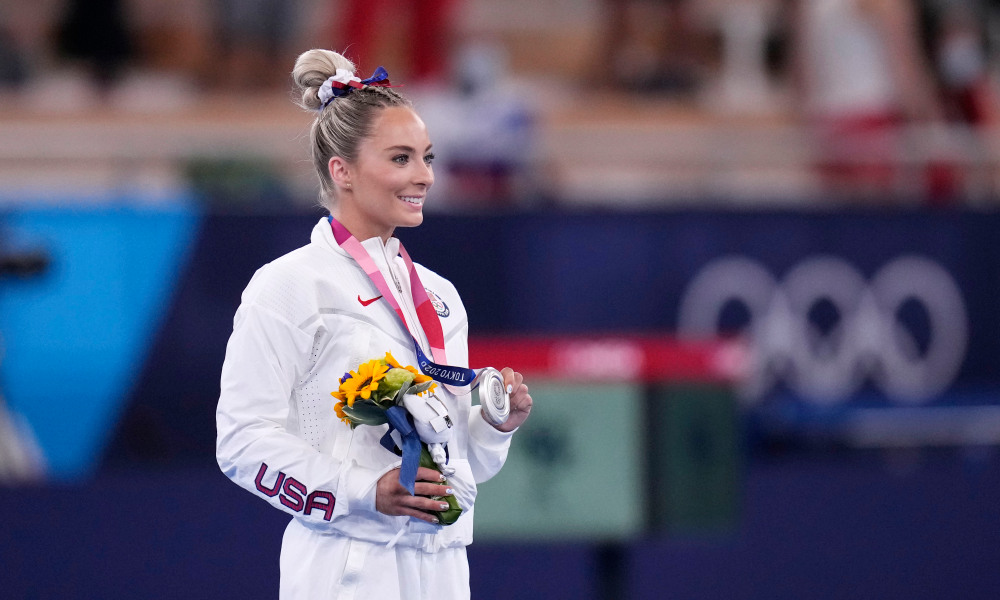 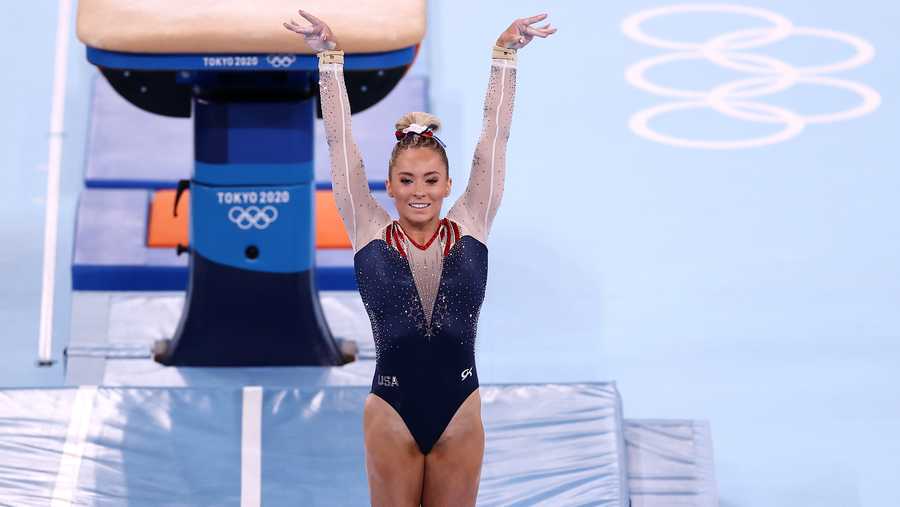 All-American college gymnast, wife, and social media influencer, 24-year-old MyKayla Skinner, will now also forever be known as an Olympic medalist. On day nine of the 2020 Tokyo Summer Olympics, she reaped the rewards of her hard work in getting to the Olympics as she posed with her silver medal at the Ariake Gymnastics Centre in Tokyo, Japan, following the women’s vault final. She finished second in the vault competition behind Brazil’s Rebeca Andrade.

The Team USA gymnastics member whose hashtag is #nevergiveup, will long be remembered as the sport’s “Triple-P” (Purposeful. Persistent. Prayerful.). In a June 2021 interview with the Church News, MyKayla commented, “I received the answer that I should try (to make the Olympic team) and have no regrets. Competing at the Games is ‘a once-in-a-lifetime opportunity.’” She continued, “Having God close by has really helped me to keep going and get answers. The challenges in life can get so hard at times. But I feel like you can’t give up until the very end. You have to keep pushing for those goals and dreams.” 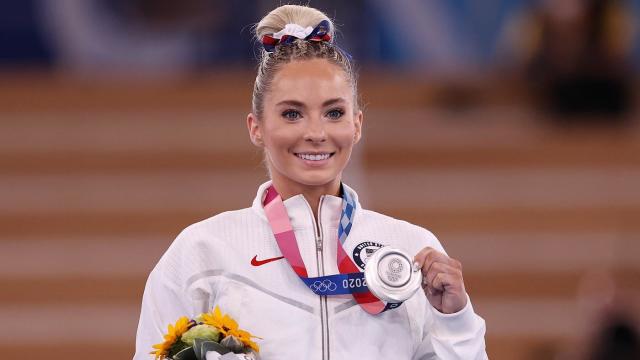 After her victory, MyKayla’s husband, Jonas Harmer (they were married in the Gilbert Arizona Temple in November 2019), and her parents, Kym and Chris Skinner, expressed their joy in an interview with the Church News. Jonas said that he was extremely happy for MyKayla, and her mother said, “I’m just so proud of MyKayla because it’s been such a long, hard journey with many, many disappointments along the way. MyKayla just inspires me every day; just her tenacity and what she does. I guess we just feel, as parents, greatly blessed to have been given the opportunity to have her as our daughter.”

Perhaps one of the hardest things that MyKayla had to deal with being a part of the Olympic team is that her family could not be with her in Tokyo to see her performances or to celebrate her victory. Since spectators were not allowed to attend the Olympics due to pandemic restrictions, MyKayla had to rely on support from a distance. Her Husband, Jonas Harmer, told the Church News, “While she’s been away, I’ve just talked to her and tried to give her encouragement. We always say our prayers over the phone together before she goes to bed.” MaKayla’s parents also fasted and prayed and asked family and friends to take part. Her father also texted her gospel themed messages on a regular basis. She also received a priesthood blessing from her father and husband before leaving for Tokyo. 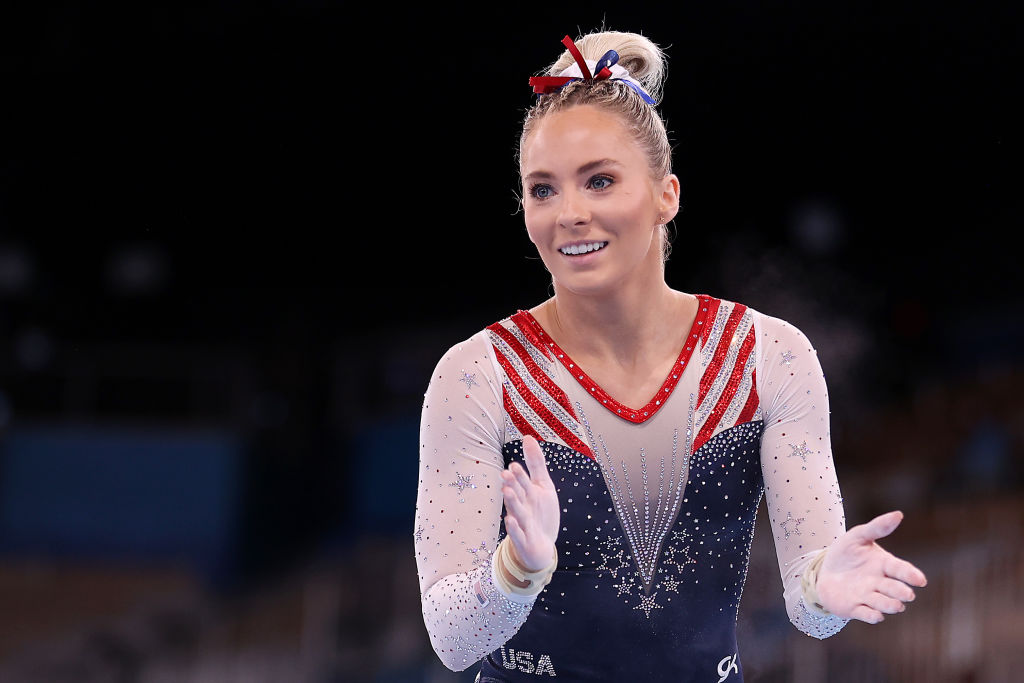 MyKayla once told the Church News that she would have served a full-time mission had she not been so involved in elite gymnastics. Nevertheless, because of her strong faith and beliefs, gymnastics has become her mission as she allows her light to shine and is a living testimony to others of her faith, as well as those who are not of her faith.

After MyKayla has a little time to reunite with her family in Arizona and have a little rest and relaxation in Florida with her husband, she will join her fellow U.S. teammates on an exhibition tour. Following the tour, she plans to return to her studies at University of Utah. She and her husband recently purchased a home in Utah where they plan to settle down. The couple also has plans to do “American Ninja Warrior” together.