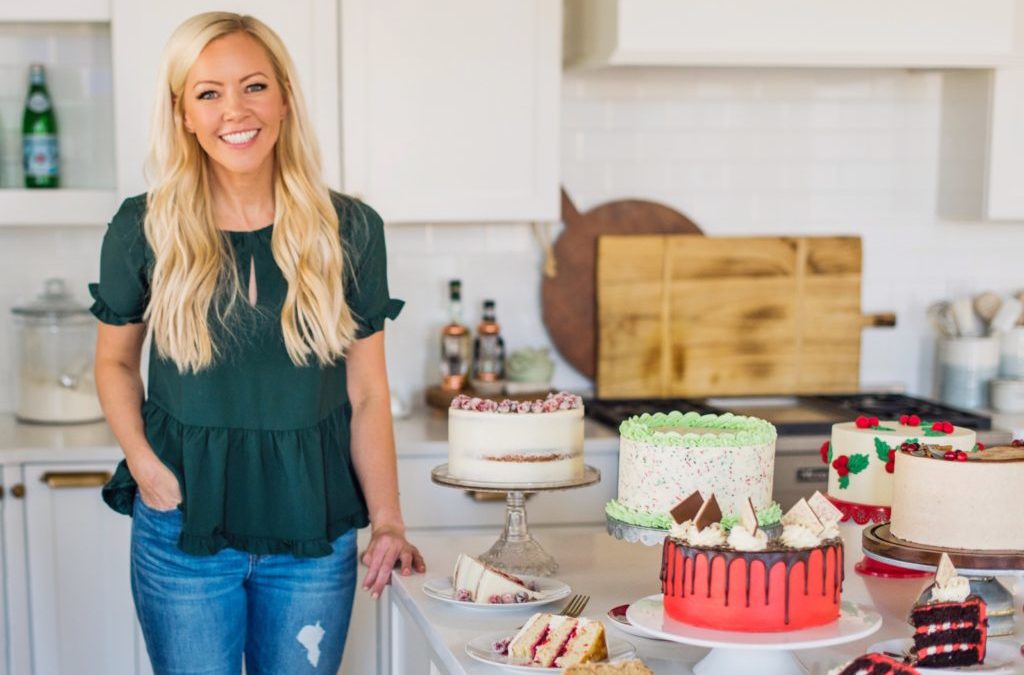 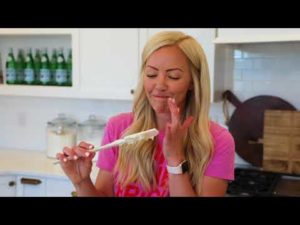 Courtney Rich, a member of The Church of Jesus Christ of latter-day Saints (often referred to as “the Mormon Church”), never had any intentions  for baking cakes to play such a major role in her life. In fact, though her early adult years, she never baked a single cake. She had an entirely different blueprint for her life. She earned a degree in Broadcast Journalism from Brigham Young University, worked in media consulting, got married, and started a family. She decided to make her first cake from scratch nearly 11 years ago, at the age of 26, for her son’s first birthday. She said, “It looked like a big brown mound with sprinkles and a candle – honestly, a train-wreck, but it tasted delicious and I was hooked!”

She told LDS Daily.com, “I wanted to do something special for him, but to be honest, I also wanted to impress my in-laws. They’re really good cooks and I [knew] there’s no way I was making a cake from a box! I remember being in my small apartment kitchen, pulling out all my ingredients and following along a Bon Appetit magazine recipe. The end result didn’t look anything like my cakes now, but it tasted amazing and I was so proud of myself. I felt so empowered as I stood back and looked at my cake. I did that!”

Courtney’s journey hasn’t always been sweet, however, with thousands of online followers combined with recent attention from the TODAY show and Oprah, she has become something of a cake sensation. LDS Daily.com reports, “‘Cake by Courtney’ features Courtney’s decadent recipes and tutorials, with each slice worthy of celebration.”

Her amazing story of ditching the box cake mixes and starting her own business is definitely one of faith and empowerment. And, yes, also lots of frosting! She says, “Over the last nine years, I’ve taught myself the dos and don’ts of baking cakes through a lot of trial and error. Now, I want to share the simple basics that look impressive, but are easy to master. My goal is to inspire you to give baking from scratch a try. I’m all about, if I can do it, you can too!”

There is yet another part to the story. Baking cakes has become more than a feeling of empowerment for Courtney. At the age of 19, she was diagnosed with depression and anxiety, so her new venture into cake making is an answer to prayer and a light at the end of a long dark tunnel.

There were times in her life when she couldn’t get out of bed. She said, “For years I struggled to understand myself and longed to feel Heavenly Father’s presence. Deep down I knew He was there – I just couldn’t find Him. Instead, I felt very alone. No matter how many people were around me, I felt alone because I couldn’t feel my Savior.” In discovering her love and talent for baking cakes, Courtney felt she had found a refuge and a connection to God. She continued, “For nearly six years I just baked because I loved it. I felt like I had found my happy place again. I had found peace. I eventually decided to share this talent with others because I knew it was a gift from our Heavenly Father.” 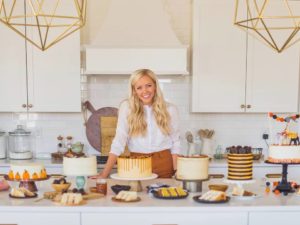 “Cake by Courtney” has grown into something much larger than just recipes – it’s a community of support and empowerment. Courtney also teaches classes, working hard to help others feel joy in learning something new. She also has a fun cake club subscription box service with everything you need to make amazing cakes at home. Some of her most popular recipes include the Almond Joy cake, the Peanut Butter and Jelly cake, and the Caramel Apple cake.

She has also been able to put her Broadcast Journalism degree to good use, working as a focus group moderator for a major television consulting firm for the past 13 years. And, she has been able to bring her experiences full circle as she shares her passion for baking on local television and in food conferences across the country.

Not only does Courtney focus on baking cakes, but she also sees what she is doing as a platform and an excellent opportunity to share her faith and testimony of Jesus Christ. She said, “I know that I have the opportunity with social media to share my talents with others, but I also know I have a responsibility and privilege to share goodness on these platforms as well.” Courtney openly shares her belief in God on her website, speaks with youth about her journey,  shares quotes or messages related to the gospel (spending time praying about how and when to share), and starts discussions on social media. 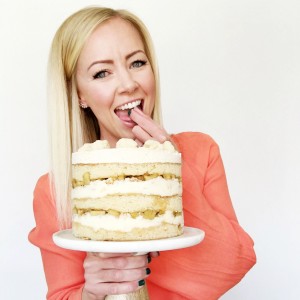 Courtney says that she has nothing but hope for the future. She explains that when she says that she is saying that she believes God has a plan for her life. She says, “I know that His plan will have trials (I’ve already encountered many) but I also know that His plan has answers, it has comfort, it has forgiveness and guidance. I have hope because I know that He won’t leave us comfortless and even though we may feel lost at times, there is always a way forward because of Him.”

Courtney is married, the mother of two amazing kids, and teaches cake classes at Orson Gygi Culinary Arts Center in Salt Lake City, Utah. You can also subscribe to her YouTube channel – Cake by Courtney.