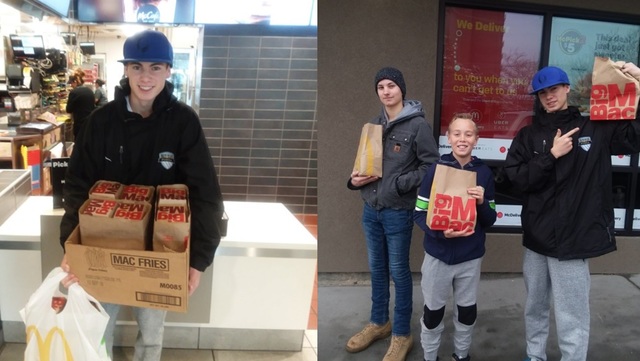 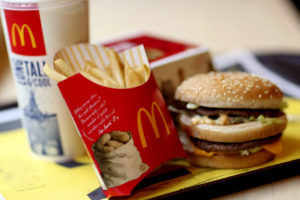 Latter-day Saint teen, 16-year-old Kamden Hartley is helping to light the world this Christmas season by distributing McDonald’s Big Macs among the homeless in Utah.

With the help of a couple of influential friends, Kamden used social media to raise more than $8,000. The money raised will allow him to work with McDonald’s and a small team of volunteers to distribute thousands of Big Macs to the homeless in various cities around the western United States during the holidays.

Last December Kamden had his first interaction with the homeless when his family served chili at Pioneer Park in Salt Lake City, Utah. He told LDS Living.com, “Sure, it’s nice to open presents, but this is just a chance to go out of your way and do something nice for others during Christmas. Last Christmas was probably the best Christmas I ever had.” He continued, “I saw how much it stinks being homeless around Christmas. I figured hey, I can do something like this.”

Within a few days, he was able to raise about $200 from family and friends. He used the money to buy 65 Big Macs. He gathered a small group of helpers and they passed the hamburgers out to the homeless around Pioneer Park on Christmas Day. Kamden called his charitable cause the “Big Mac Attack.” He commented, “They weren’t expecting it. I loved seeing the smiles on their faces and it made me feel good. It was just a blast to do something nice for other people. Super, super fun.”

After hearing him speak at his high school in November, Kamden reached out to social media influencer, Collin Kartchner, asking him if he could help him raise double the amount this year by promoting the “Big Mac Attack” among his more than 75,000 Instagram followers.

Kartchner, who several months ago started a campaign to spread awareness of how social media can add to the problems of teen anxiety, depression, and suicide, was impressed because what Kamden wanted to do validated his campaign for teens to use social media for good. A few days later he shared Kamden’s cause and Venmo account on Instagram. Kamden had more than $300 within seconds. Kartchner told LDS Living.com, “I told Kamden the last time I did this was for Hurricane Harvey victims, we raised like $150,000 in two weeks. We’re probably not going to do that much, but hold on. About 10 seconds later, he messaged me and said, ‘Dude, I already broke my record.’ His message was hilarious because he said this is ‘Insane, my mind is blown.’ I told him I just shared this. It’s going to blow up.”

Kamden also reached out to family friend, Rachel Nilsson, the founder and CEO of a children’s clothing business, “Rags,” who shared his cause with her large social media following. In a matter of hours, he had several thousand dollars. People from all over the world donated money in amounts ranging from $1 to $100. By the next day, he had around $8,300.

Kartchner also tagged McDonalds in his post, and within a short time, Kamden was connected with some of McDonalds top executives in Utah who were excited to become involved with his cause. Kamden took advantage of McDonald’s two Big Macs for $5 deal and had enough money to buy more than 3,300 Big Macs. 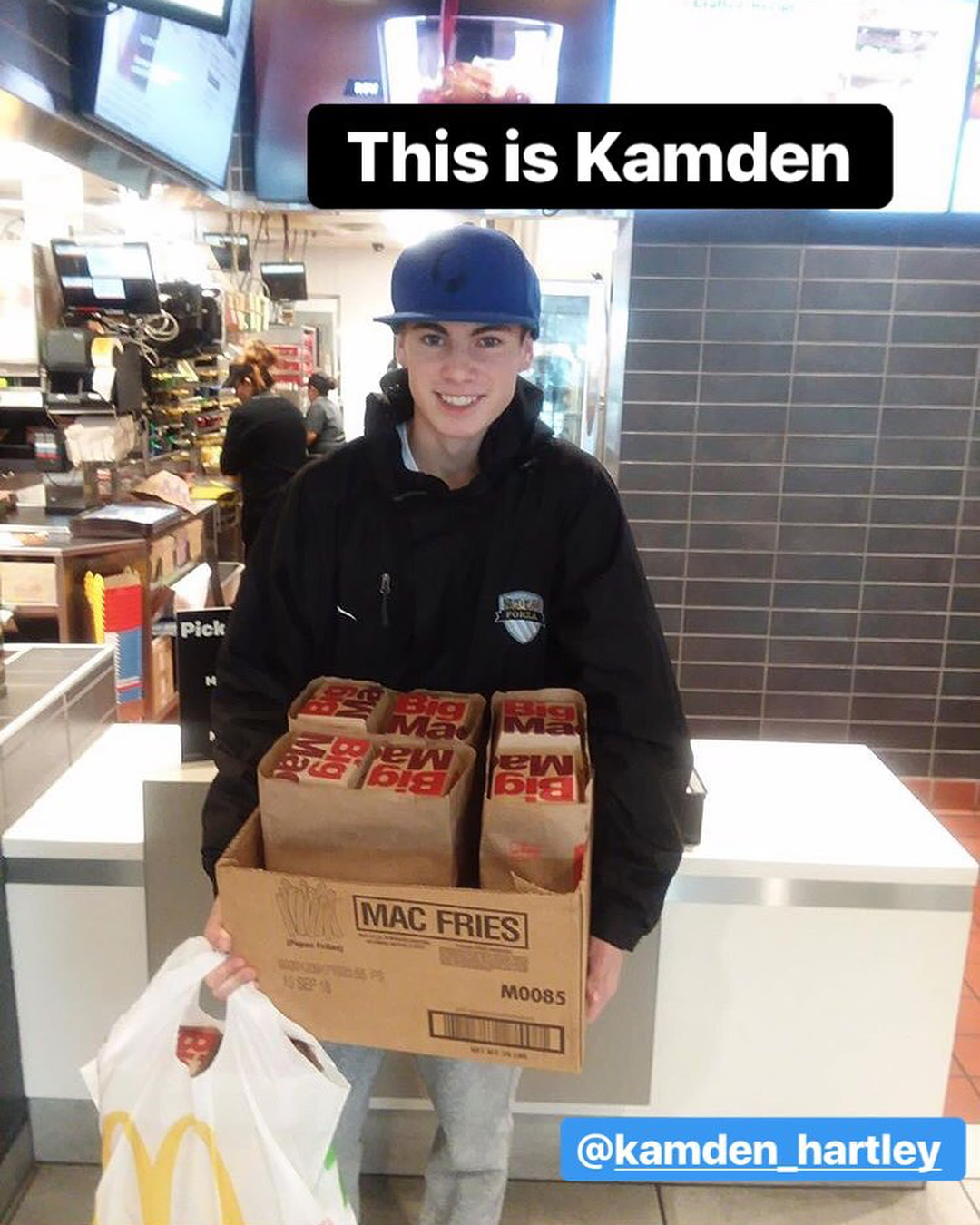 After talking with his parents about expanding to other cities where he had friends and connections, he went to work developing a plan. On Friday, 21 December 2018, Kamden and volunteers delivered 200 Big Macs for dinner at the Switchpoint Community Resource Center in St. George (948 North 1300 West).

On Christmas Eve, volunteers will give out 100 or more Big Macs in Ogden, Utah. Another 500 will be distributed in Las Vegas. There are also plans to give out 100 or more Big Macs in Provo, Utah, but those details have not yet been determined. Cory Watson, the owner and operator of the McDonalds at 210 West 500 South in Salt Lake City, Utah, said that the store is normally closed on Christmas Day but will open from 11:00 am to 2:00 pm MST specifically to support the “Big Mac Attack.” Watson said, “Its been exciting to see the response to Kamden’s campaign and we are so impressed with how he has organized this effort. We are proud to have a part in making this come to life and to make a difference in the communities we serve.”

Kamden further stated that in addition to spreading the word in advance, a group of volunteers will direct as many homeless as possible to the 500 South McDonald’s location for a Big Mac and free small fry. He has also coordinated with the Rescue Mission at 463 South 400 West to provide Big Macs for lunch. Overall, Kamden and his group of volunteers anticipate giving out 500 or more Big Macs in Salt Lake City on Christmas Day.

According to LDS Living.com, between 21 December 2018 and 31 December 2018, volunteers will also give away Big Macs in San Diego (300), Los Angeles (1,000), Sacramento (300), and Houston (300). Kamden’s father, Brad Hartley, who served a mission for The Church of Jesus Christ of Latter-day Saints (often mistakenly referred to as the “Mormon Church) in Santiago Chile, hopes to tap into his network of friends there and distribute Big Macs there as well. Brad commented, “We have backup plans in every city to pass out any leftover Big Macs to women’s shelters and low-income housing areas so that no food gets wasted.”

LDS Living.com, Kartchner, who has a video production company, is planning to produce a short video documenting Kamden Hartley’s “Big Mac Attack” so he can show it as he continues to speak to high school students. He also wants to take Kamden on his speaking tour so he can share his experience, which he believes will have a powerful impact on young impressionable minds.

Kamden views his “Big Mac Attack” cause as a way to minister to those who are less fortunate than himself. He plans to involve the young men and young women in his Farmington Pointe Ward. He said, “I’ve been shocked to see how many people are willing to help. There’s so many good people and so many good things you can do. My vision or goal is to have a day where the homeless know that, hey, on this day, in every major city, I can get a Big Mac. Maybe it could become a national charity or ‘Big Mac Day’ or something.” His father believes that Kamden’s cause is an example of the message found in the Book of Mormon in Alma 37:6, “By small and simple things are great things brought to pass.”