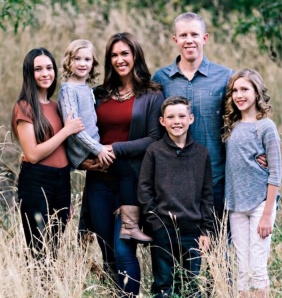 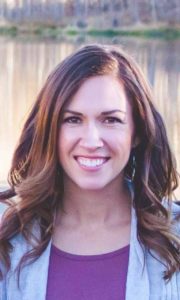 Lori Walker is a member of The Church of Jesus Christ of Latter-day Saints (often referred to as “the Mormon Church). She is a wife, a mother, an athlete, and a “lover of all things Primary.”

On Friday, 15 February 2019, without any warning or any type of premonition or prompting, Lori’s life was changed forever, in an instant, when she became seriously injured in a cabin explosion. Though there were no prior warnings of the impending danger, Lori was physically, mentally, emotionally and spiritually prepared when she stepped into the family’s cabin in Timber Lakes, just east of Heber City, Utah, which exploded seconds later. She told the Church News, “I feel like our family was uniquely prepared for this.”

Lori recalls smelling gas when she arrived at the cabin site. She told her kids to remain in the car while she stepped inside to investigate. The explosion occurred almost immediately, trapping her under fallen beams. Broken and burned, she cried out for help. Fortunately, three men were in the immediate area when the explosion occurred. They followed her cries for help, courageously ran into the burning cabin, removed the burning beams, and got her outside to safety.

Lori has endured several surgeries with still more operations ahead. To remain strong and hopeful during this time, the Walker family has relied on scripture study and prayer. With each new passing day, Lori has managed to reach new milestones. She is driving again and recently went on vacation with her family in the Carribean. All the while, she has recognized the many ways that she has prepared herself for the unexpected.

Being a fitness buff, Lori stays in good physical shape by exercising for at least an hour a day, five or six days a week. She said, “I’ve been told by my doctors many times that my lungs were strong enough that I could scream and endure being in a smoke-filled house for 35 minutes.” Her motivation to be at “her physical peak” through regular exercise prior to the explosion proved to be a blessing during her recovery after the accident.

She was mentally prepared because of the decision that she had made long ago as to how she would respond to difficult situations. She commented, “Growing up, I always tried to put myself in other people’s shoes who were experiencing hard things. I’d imagine situations like, say, being a pioneer crossing the plains or other difficult things in the news.” She decided early in life that when she was faced with adversities, she would always respond positively. 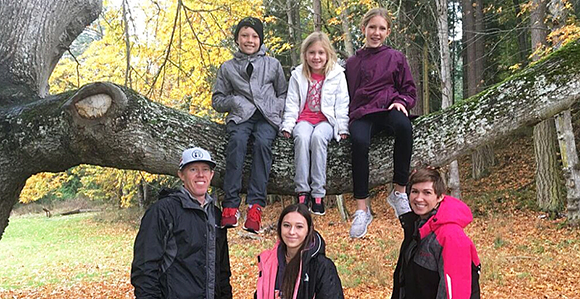 Through it all, Lori knew that she was never alone. She attributes being emotionally prepared for life situations to her family, close friends, and fellow Latter-day Saints. She said, “I had built a good support system around me with good family relationships and solid friendships … Our whole community was incredible.”

It was her spiritual preparation, however, that proved to be the most valuable. According to the Church News, “Before the explosion, Lori and her husband, Kelly, and their four children — Alyssa, 15, Brianne, 13, Gavin, 11, and Leah, 7 —  had built a ‘family scripture study streak’ that extended beyond 1,500 days. For the Walkers, connecting with the Lord each day was as elemental as eating and sleeping.” Lori told the Church News, “When I was in the hospital and my husband was with me and my kids were sort of on their own and hopping between houses, they were able to keep up their scripture study streak and remembered to say family prayers together.”

Kelly Walker, Lori’s husband, said, “Lori is an optimist. She has never let her family get down.” The Walker family also has four “family themes” that they live by: (1) You are loved. (2) It’s not all about you. (3) What does the Spirit feel like to you? And, (4) Choose to be happy.

Lori acknowledges that the divine byproduct of being spiritually prepared is having the Holy Ghost ever-present. She said,  “When it came time to go through something like the explosion, being able to recognize the Holy Ghost was such a comfort.”

Lori has always found peace in the love and prayers of Primary children. When the explosion occurred, she was serving as the Primary music leader in the Hobble Creek 11th Ward in Springville, Utah. Her connection to her love of music and the Primary children became a constant source of unexpected strength on her long road to recovery.

After awakening from a five-day medically induced coma, Lori was unable to speak because her shattered jaw had been wired shut. She used a small whiteboard to scribble questions. She wanted to know if her children were OK. She also wanted to know who pulled her from the fire, and being true to her calling, she wanted to know what day it was because she was supposed to do singing time in Primary. During her recovery process, she learned that the love that she has for the Primary children was reciprocated. She told Church News, “I wanted to get back to those kids so badly. I knew that they were worried about me, and I wanted them to know that their prayers had helped me.”

During her recovery, Lori co-wrote a song with composer Blake Gillette entitled “I Feel God’s Light Shining in Me.” She had intended to share the song with the Primary when she returned but the kids mastered the song while their leader was in the hospital. She said, “I came back expecting to show them the song for the first time and instead, they sang it to me. That was very emotional for me.” The ward Primary performed “I Feel God’s Light Shining in Me” in its recent sacrament meeting program and the Walker children participated in a music video featuring the song.