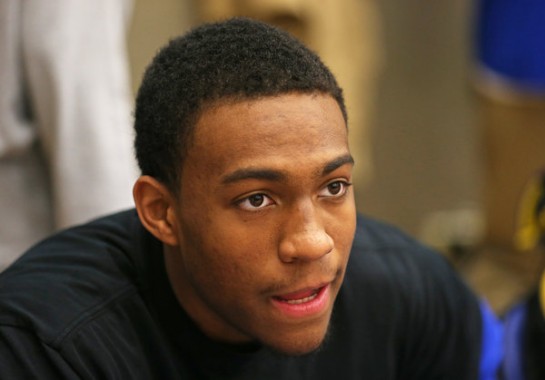 To say that Chicago’s Simeon High senior, Jabari Parker, is a phenomenal basketball player, should come as no surprise to anyone. Jabari’s superb athletic abilities kept him ranked as the top recruit in the Class of 2013, right up until Huntington, West Virginia Prep senior, Andrew Wiggins, reclassified into the Class of 2013 in the fall of 2012, stealing just a bit of his thunder. Even with that reclassification, the sublime skill set that Jabari possesses has not been diminished, and it is that skill set that Duke University’s coach Mike Krzyzewski fully intends to exploit come fall 2013.

All the while, Jabari has appeared on magazine covers such as Sports Illustrated, has received mass media coverage far and wide, and has generally received more hype than any prep hoops recruit since O.J. Mayo. He has made a name for himself on the basketball circuit beyond the prep level because he is different in many ways than most high school prospects. Most national players of the year spend three years building toward their senior enthronement, but Jabari, who has been considered the best player in the nation for two consecutive years, still has a senior campaign to come.

Many of the top prospects spend more time around sneaker markets and being concerned more about the commercial end of the business than about spiritual matters, but not Jabari. He is a devout member of The Church of Jesus Christ of Latter-day Saints (mistakenly referred to as the Mormon Church by those of other faiths) and faces the difficult decision between a future basketball career and serving a two-year mission for The Church of Jesus Christ.

Now, still in the middle of his senior season at Simeon Career Academy, some might say that it is a bit premature that Jabari Parker’s high school jersey is already retired. The honor was bestowed upon him during halftime in the school gym during Simeon’s senior night victory against Chicago Harlan High (73-54). His jersey, number 22, was raised to the rafters alongside fellow Simeon senior superstar, Kendrick Nunn, who has committed to play for Illinois. Jabari and Kendrick are the only players in the rafters who do not have NBA experience or a legendary story backing them. Their jerseys are raised beside Bulls superstar point guard Derrick Rose, Bobby Simmons and Ben “Benji” Wilson.

“If Kendrick and I want to be remembered as two of the greatest players that have ever played at Simeon, we have to finish this year,” Parker told the Chicago Sun-Times. “A lot of hard work and dedication has gone into this and we want to finish strong.” [1]

Jabari Parker may not technically be a pro yet, but his name and number are already up alongside them.