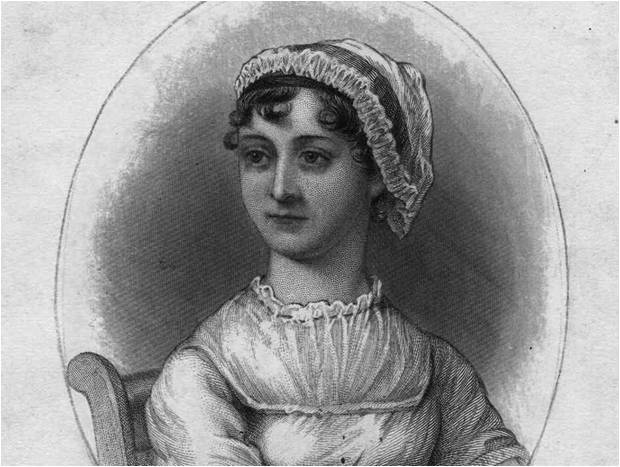 Romance is defined as “a feeling of excitement and mystery associated with love” by Google and “one’s deep and strong emotional desires to connect with another person intimately” by Wikipedia.  In other words, romance demands yearning for something not yet attained.  It’s thoroughly emotional, not physical…and it’s almost gone.  In this modern era of hookup culture,  sex has killed romance.

Romantic love … is not only a part of life, but literally a dominating influence of it. It is deeply and significantly religious. There is no abundant life without it. Indeed, the highest degree of the Celestial Kingdom is unobtainable in the absence of it (Eternal Love, p. 4, 1982). 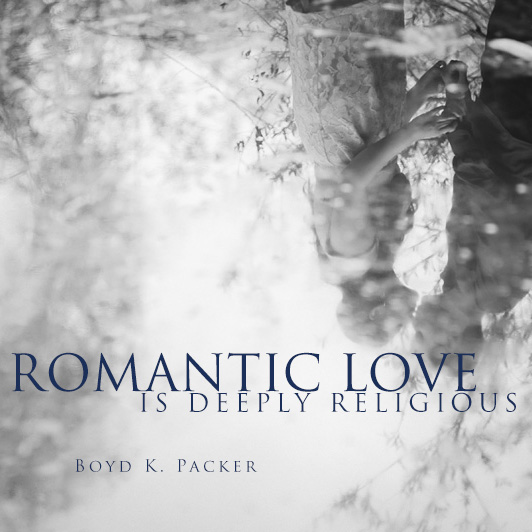 To pretty much everyone, combining the words religious and romance begets an oxymoron.  Aren’t the two total opposites?  They are not.  First of all, romance is innocent.  It yearns for emotional intimacy, and that connotes commitment — commitment you can trust.  They say love is blind, and that goes for romance, too.  The romantic is blind to the faults of his sweetheart.  They also say that the faults of one’s partner grow more obvious with time, and that’s where religious love steps in.  Religious love prolongs romance through charity — the pure love of Christ — which requires forgiveness and tolerance, so that we can stay blind to each others’ faults, or at least keep regaining our blindness.

Elder Packer mentioned the “Celestial Kingdom,” which is what the highest level of heaven is called.  That is where God’s full presence shines, and that’s what Mormons call “exaltation.”  The Celestial Kingdom, says Elder Packer, is for lovers.  You can’t get there without romance, often sustained over a mortal lifetime and honored, continued, and enhanced (glorified) in heaven.  Romantic yearning is thus equated with a “perfect brightness of hope” for heaven and heavenly relationships.  This sounds very desirable to Mormons, and that’s why they seek to avoid sex before marriage and focus on romance, and then to seal their unions for eternity in holy Mormon temples.  It looks like it’s working, since the divorce rate for Mormon temple marriages is just over 6%.

Which is why Mormon girls love Jane Austen.  Here is romance at its best, yearning prolonged and intensified by stuffy, Victorian society and its pesky class-consciousness. The romantics in her stories just can’t seem to get together.  Society keeps them apart, and that amplifies their romantic yearnings.  These yearnings are most enjoyed when they are about to explode.  The characters have to let off pressure by finally confessing their love, risking embarrassment (or worse — social catastrophe or even rejection).  Somehow, it all works out in the end, and that is the romantic’s ultimate reward.  And don’t we know that Darcy and Lizzy are going to be deeply in love forever and ever?  That’s what Mormons want, too, and they have the successful marriages to prove it can happen.

Mormons Write for and About Jane Austen

In 2003 Mormon filmmakers Excel Entertainment created “Pride and Prejudice: A Latter-day Comedy.”  Although so full of “Mormonisms” that only Latter-day Saints would understand it, the film paid homage to Jane Austen in a myriad of ways:

Well, at least the writers proved themselves certified Jane Austen fans.  And the Mormon girls who watched the film probably picked up on all of these tributes to Austen.

More recently, female Mormon writers have gotten into the romance business by writing novels and making films.  There are many successful Mormon women writing clean romance novels and Regencies.  And now we have “Austenland,” the movie, a collaboration of three talented Mormon women — Stephenie Meyer, producer (Twilight); Jerusha Hess, script adaptation and direction (Napoleon Dynamite); and Shannon Hale, co-writer, on whose novel the movie is based. Meyer calls herself an “obsessed Austen freak,” and produced the Austenland movie for people like herself.  A darling of the Sundance Film Festival, and picked up by Sony, Austenland premiered to women’s-only audience, but a few significant others sneaked in.  Hess, Hale, and Meyer hope they also had a good time.

Austenland tells the story of 30-something Jane Hayes, an average New York woman who secretly has an unhealthy obsession with Mr. Darcy from the BBC adaptation of Pride and Prejudice. But after Jane accidentally reveals her secret to a great aunt, who shortly after dies, Jane gets the opportunity of a lifetime. In her great aunt’s will, Jane’s great aunt leaves Jane a trip to a Jane Austen–themed getaway destination where Jane hopes to meet her own real life Mr. Darcy.

While at “Austenland”, Jane is plagued with self-doubt about pretending to be a woman from the Jane Austen era. However, along the journey Jane makes new friends and finds a new romantic interest (Wikipedia/Austenland).

Jerusha Hess is a master of comedy, and she allowed the actors to improvise to carry the comedic air to the max.  Editing trimmed any excess, and the result is a truly funny movie and great tribute to Austen, who, if she were invited to the premiere, would surely love it.  There’s always a danger in romance, and that is falling in love with love, which is what happens  to Jane Hayes, the novel’s and movie’s protagonist.  It is her immersion in Austenland that brings her around to the dangers of her obsession — she’s missing out on the real thing.

Art as a Reflection of Life 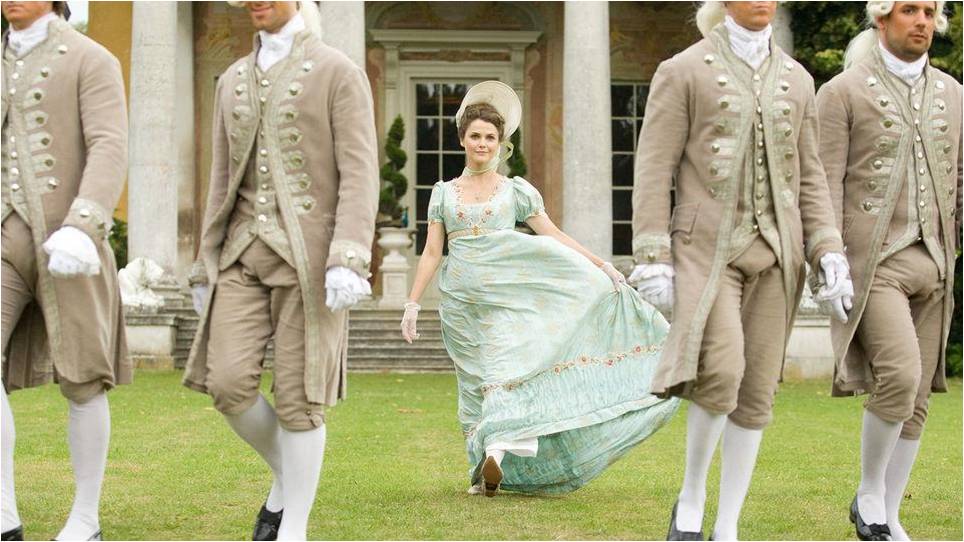 Meyer, Hess, and Hale practice what they preach.  They are all wives and moms who are centered on their faith and families.  They also believe in the power of romance.  Said Hale:

I think there is a common post-feminism sentiment that says too much focus on romance is unhealthy for women; that we need to be independent from men in order to be healthy. That has shamed a lot of women from being open about their desire for romance, and books are a private way of exploring that interest and need without shame. Romance is fun! And it’s a way of discovering that lifetime partner that so many women desire. Research shows that personal relationships are the most important factor in happiness. I don’t find it surprising that modern women still put a great deal of importance on discovering and nurturing a loving relationship….

The most important relationship in my life is with my husband. Our friendship and romance of 20-plus years fuels that optimism in me. Like Tamara (Leigh), I stumble on the phrase “happily-ever-after.” There’s no The End in a long-term relationship and lots of storms, but lots of good times too. As much as I’m comfortable here in the middle of the “happily-ever-after,” it’s still fun to go back to write or read about the beginnings of romance and remember those flutterings and thrills.[1]

Jerusha Hess and her husband Jared make films together (Napoleon Dynamite -2004, Nacho Libre – 2006 and Gentlemen Broncos – 2009, all of which they co-wrote and directed).  Having grown up in a Mormon family with seven brothers, Hess is comfortable in a boy’s world, but says doing Austenland gave her a chance to “jump into a pink world and get it out of [her] system.”  [2]

Hess claims she’s a fan of Austen, the Bronte sisters, et. al. “I love good girl Brit lit. It’s what my mother fed me my whole life. She didn’t tell me about the birds and bees,” says Hess. “She gave me [Thomas Hardy’s] Tess of the d’Urbervilles.”

Hess’ next project (after spending time with her two young children) will also be a clean-cut comedy — “That’s not just our Mormon ideals; it’s harder to do PG-13 humor. We want to make movies our kids can watch,” she says. “We love the awkward character who wins in the end. There is a sweetness to them. We write stories for the underdog.” 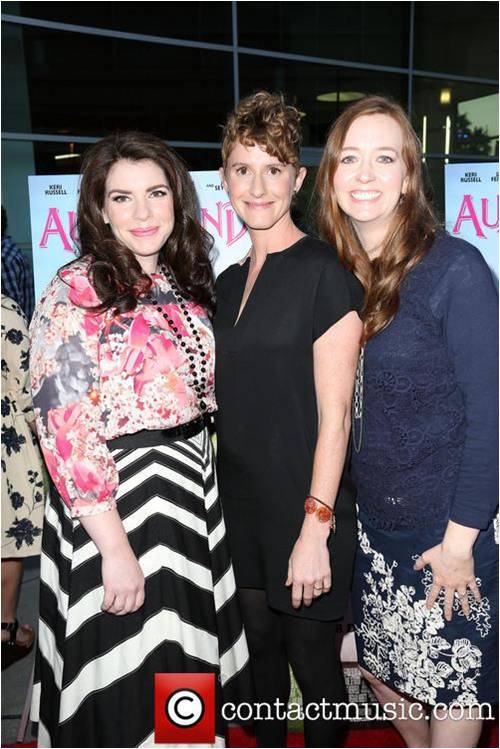 Much has been written about the thematic connections between Stephenie Meyer’s Twilight series and Mormon ideas.  [3]  She doesn’t read steamy books or attend raunchy movies.

While still at university, aged 21, Meyer married her husband, Christian, an accountant. They had met at church when she was four, and started dating nine months before their wedding. The family is religious, she doesn’t drink or smoke, and she is glad the profile of Mormonism has risen a little recently, so there aren’t so many embarrassing questions or misguided stereotypes. For instance, the first time she went to meet her agent, “we were on a train, and she said: [her voice drops to a whisper] ‘So, how many wives can you husband have?’ And I was like, ‘Well, just one, if he wants to keep the one he already has.'”

Meyer is a feminist in the sense that she believes in the power of women.  Her mother is a talented achiever, and Meyer was raised to believe she could achieve what she set her mind to.

The three women have invested their all to create a romantic comedy for women.  They live what they preach.