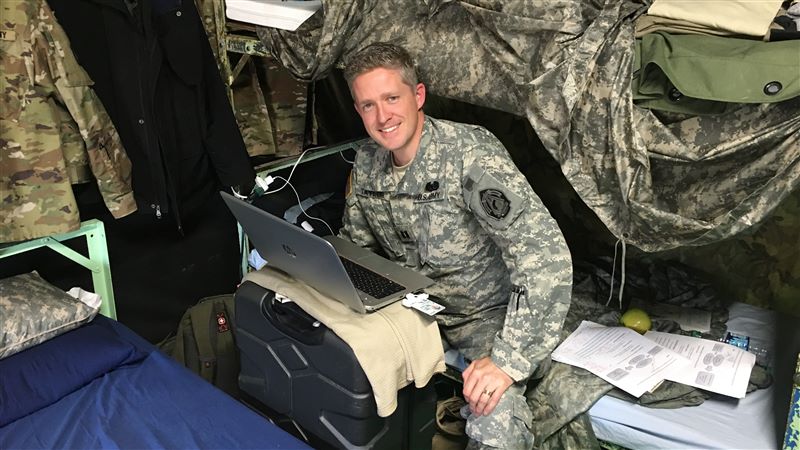 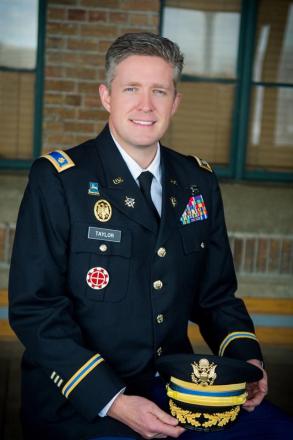 There are some men and women who are so dedicated and loyal to their country that they are willing to sacrifice whatever it takes to serve and protect, even if that means leaving their family behind for months on end. Such is the case with North Ogden Mayor and U.S. Army Major, Brent Taylor.

On their first date, Brent and his wife, Jennie, discussed his desire to join the military. Just three short days after their engagement, he walked into the recruiting office and signed up to serve in the United States Army National Guard. Both Brent and Jennie are patriotic and love America. He started the Constitution Club at Brigham Young University (BYU) and was passionate about serving his country. She called herself a patriot and in time became a history and government teacher.

However, neither of them would have imagined that they would be where they are today: Brent gearing up for his fourth deployment with seven kids ranging in ages from 12 to newborn at home. Jennie commented, “I hope my kids grow up and look back at this, not as a time they missed dad or that dad wasn’t here, or mom needed extra help, but as a time they can say, ‘We tried our best. We wanted to help. We answered the call because my dad was needed. My country needed me. My God needed me.’”

Later this month, Brent will be deploying to Afghanistan for an anticipated 12 months. According to the Deseret News, this is the “first known time in Utah history a mayor has been deployed for wartime service.” Despite the myriad of challenges that come with serving in the military, Brent and his family continue to rely on their faith to see them through.

On that solemn day of 11 September 2001, Brent was in class at BYU when his professor sent the students home following the attacks. In the aftermath of the horrific events of that day, his decision to join the military was solidified. However, he also knew that joining the military would not be his decision alone. It would be something that he would need to discuss with his future wife whom he had not met at the time. Then he met Jennie.

Jennie recalls that during her mission for The Church of Jesus Christ of Latter-day Saints in Santiago, Chile, she witnessed a lack of priesthood leadership and the importance of “good men” in the community. She told Deseret News, “In that moment, as a 21-year-old, I promised myself and my God that I would never get in the way of what my God needs my husband to do in life.”

She thought that her future husband would be called to serve as a bishop and admits that sometimes she wishes that were the case. Remembering the conversation with Brent on their first date about joining the military, Jennie said, “I remember my heart just sinking. It was like a pit in my stomach. Then I thought, why do I care if this kid wants to join the army? What does that have to do with me? I didn’t even know him; I had known him for five minutes. . .. But from that moment on, I think it was a sign or an indicator that this is what we’re doing. I never in a million years… pictured myself a military wife.” But to be fair, she never imagined being married to a mayor either. Brent further commented, “It’s been a comfort to us that those things go together: God, country and family.” After 15 years of military service (seven on active duty), the family has become accustomed to it. 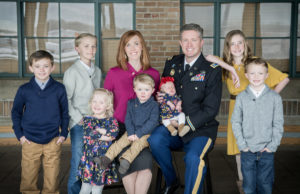 Brent admits that the most difficult part about being deployed is missing spending time with his kids. He maintains a positive relationship with his kids through the technology of Facebook and Skype. During the weeks leading up to his deployment, he and his family try to spend as time as possible together, and when he returns home from his deployment, they traditionally go on a big trip together.

The first time Brent deployed, he and Jennie had two kids under the age of two. The second time, there were three kids, ages 3,5, and 7. This time, there are an 11- and 12-year-old that can help with their younger siblings. Their 11-year-old son also understands that with dad being gone, he will have to step up and become the man of the house. Brent further commented, “You’re not there to see how they’re growing or talk to them about little things. We stay in contact, but you miss a lot of the little things going on in their lives, and that’s hard.” 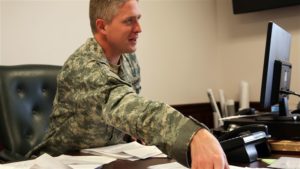 Above all, it is Brent’s faith and church attendance that has helped him combat homesickness and stay focused. He says that no matter where he is in the world, he has made it a practice in his life to always attend Church on Sunday.

At the end of the deployment, Brent will return home and resume his responsibilities as mayor and finish the last three years of his second term in office.

Jennie also said, “I hope my kids grow up to learn to answer the call to serve wherever it comes, not necessarily in the military but whatever profession, whatever community need, whatever religious need. I hope they know that in our family, we help. In our family, we do what we can. If it’s something we can do, and the call comes to serve, we say yes.”