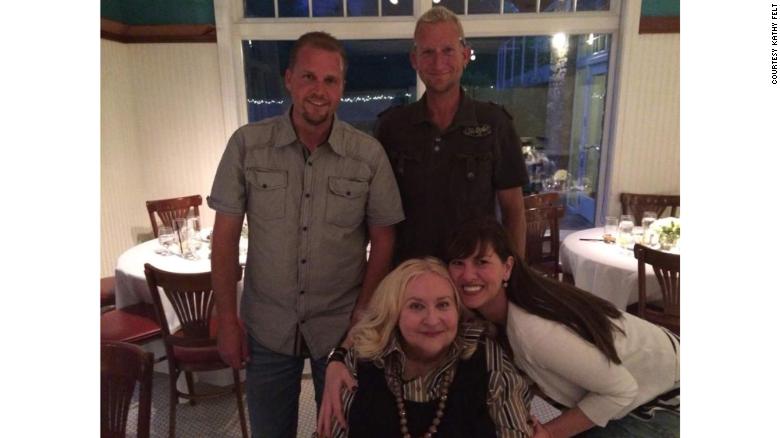 Kathy Felt, a member of The Church of Jesu Christ of Latter-day Saints (often mistakenly referred to as the “Mormon Church”) was diagnosed with multiple sclerosis in 1978 after experiencing feelings of numbness, dizziness, and imbalance for several months. Married at the time, she went with her husband to hear the diagnosis from a neurologist. Twelve years later, her husband left her. She told the Washington Post, “Out of the blue, while he was watching TV one afternoon, he said he didn’t love me anymore. I was stunned.” She was left to raise their sons, ages 12 and 15 at the time, on her own. She took them camping and hiking while she was still able. And when she started using a cane, her boys and their friends lovingly nicknamed her “Flash.” After her sons got ready in the morning for high school, they often helped her put steam rollers in her hair.

Eventually, her MS had progressed to the point where she could longer get herself into bed from her wheelchair without one of her adult sons coming to her home in Sandy, Utah, and helping her. The next morning, her other son came over to help get her out of bed.

Kathy’s sons, Chad and Todd were happy to be of assistance to their mother. After she and their father divorced, they grew up helping their mother clean, prepare meals, and grocery shop. Her own mother succumbed to MS in 2008. And Kathy, now 66 years of age, told the Washington Post, “I’d taught them these life skills early on in case something happened to me. So, I knew that anything could happen. But not being able to get into bed — that was a tough one.”

For two years her sons stopped by after dinner to help get her into bed, and in the morning before heading to work to help get her out of bed. Although neither of them would admit it, Kathy could sense that it was beginning to take its toll on both. And she was not the only one to notice. 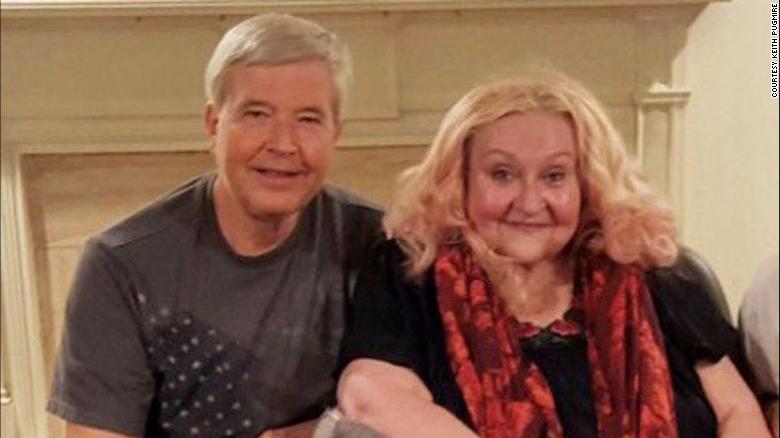 Her neighbor, Keith Pugmire, a leader of the neighborhood Latter-day Saint congregation that Kathy attended, had watched her sons come and go from her house. He also knew about her health challenges and had watched the debilitating neurological disease slowly take away her mobility. He noticed at first that it took her longer to walk around the neighborhood. That was followed by the need to use a cane, and then the occasional use of a wheelchair. Then she needed a power wheelchair and was even contemplating selling her home and moving into a nursing home.

In April 2008, Pugmire went to Kathy’s home with a plan to help her. He told her, “There are lots of people who want to help.” He continued, “What if I told you that I had 40 to 50 men from the church and from the neighborhood who are willing to take turns coming over to lift you into bed every night?” Kathy’s response was, “Oh, no you don’t.” Pugmire assured her that he did, and that the men were willing to provide her with the service for however long it took.

He explained to her that he had put out sign-up sheets at Church and created a monthly schedule for men to come over and help, two at a time, every night at 9 pm. Her sons still come by in the morning. Kathy was overjoyed and burst into tears. She said, “I felt so grateful that they would do this for me.” It was like I was given a team of angels. But I never dreamed that 10 years later, they would still be coming over to lift me. I’ve never seen such compassion.” She continued, “It’s been a beautiful life — I’m so moved that my boys have always been there, and now, my neighbors too.”

Pugmire who has been Kathy’s neighbor for the past 35 years commented, “We’re inspired by Kathy. She meets her challenges head-on and has always done her best to live a ‘normal’ life. She shows us all how to plow ahead through hard times and keep going. We admire that.”

He also remarked that by serving Kathy, he has been blessed to know several dozen men that he would not otherwise spend much time with. He said, “It’s been a good brotherhood thing. And every one of us leaves Kathy’s house with a positive outlook on life.”

On National Day of Prayer, Sister Jean B. Bingham Joins Other Religious Leaders and Offers Prayer for Unity of the Nation