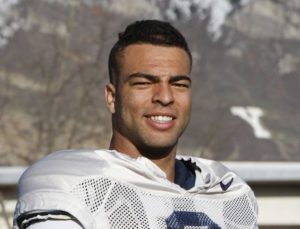 Born in Nevada but raised in California, Kyle Van Noy was always playing football. He played in high school as a linebacker. He was a natural, becoming an all-star player and helping his team make it to the championships. Along with football, Kyle also played many other sports. He played college football at Brigham Young University (BYU).

Van Noy shares that his outlook about the Church changed when his mother forced him to go to a church fireside. The main speaker was BYU Coach Bronco Mendenhall. “I didn’t want to be there at all,” Van Noy recalls in a 2014 interview with KSL. “I told [my mom], ‘I am not going to a youth conference and I am not going to BYU,’ and I happened to do both of those. . . . Funny how that works.”

Read more about Kyle Van Noy on his bio page. 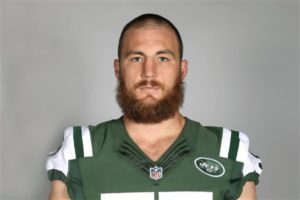 Trevor Reilly, another Mormon football player, is also going to the Super Bowl. He has an amazing outlook on life and his religion. In a 2014 interview, he told reporters, “I used to think football is so important, school is so important. I found out quickly that (it is) God first and then my family and then everything else after that.”

However, he remains positive through it all. He told Deseret News, “I always tell people life could be worse. Any problems I have are very first-world problems. I still have a job, still have a family, my kids are healthy. If I get released from a team here or there it’s not the end of the world to me. . . .  I mean, you just have to believe that things are going to be okay. . . . I always tell people whatever hurts you doesn’t really hurt you, if you can make it through. It builds character. It’s good for you. I’m a firm believer in all that stuff, man. Bad things happen but you’ve got to move on in life. You’ve got to move forward, no matter what it is.” 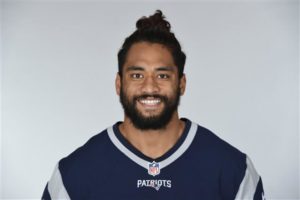 Mormon raised, Harvey Langi played one game with the Patriots then found himself and his wife, Cassidy, in a car accident. The Today show even tweeted out to him and his wife. Although this was a tough time for him, Harvey still had a good attitude and remains active in the LDS Church. He understands what his purpose in life is. In an interview with Boston Globe he shared, “[The mission] for sure changed me. . . . Every single day, out serving others and preaching the Gospel, it put a lot of things in perspective for me, and opened my eyes to see the bigger picture of what I wanted in the future. . . . I feel like I have been blessed, and will keep feeling blessed if I keep doing the things I know are correct.”

These three outstanding players are dedicated on and off the field. They hold their relationship with God as the top priority. The Super Bowl winner might not be certain, but the gospel always is.