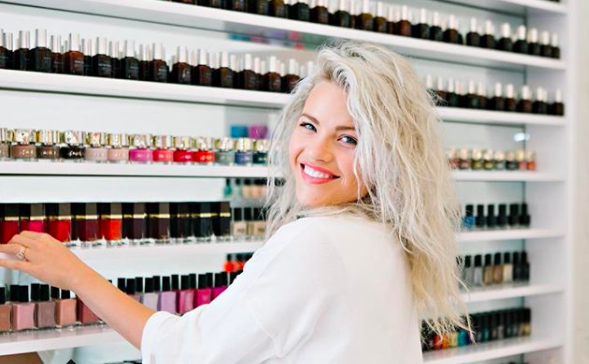 Witney Carson was born in American Fork, Utah, in 1993 on October 17. She is the oldest of four children and began dancing at the age of three, learning ballet, jazz, contemporary, hip-hop, lyrical, tap, Latin and standard ballroom.

At age 18, she starred in So You Think You Can Dance. Since then Witney’s been nominated for an Emmy in choreography, she’s been a pro-dancer on ABC’s Dancing with the Stars since season 18, and she won the 19th season of the show with partner Alfonso Ribeiro. She also worked with rap star Vanilla Ice, Super Bowl MVP Von Miller, and Bachelor star Chris Soules. Most recently, in the show’s 25th season, she and Frankie Muniz won 3rd place in the finale (Lindsay Arnold and Jordan Fisher in 1st and Lindsey Stirling and Mark Ballas in 2nd).

Besides being a professional dancer, Witney enjoys working as an entrepreneur, model, fashion blogger and skin cancer spokesperson. She’s also started her own YouTube channel and blog to give advice to teens and women.

Witney Carson and her husband Carson McAllister got hitched on January 1, 2016. It was a white winter wedding in Salt Lake City for the couple. Several other Dancing with the Stars competitors served as bridesmaids, to include Brittany Cherry, Jenna Johnson, and Emma Slater. Lindsay Arnold served as her matron of honor.