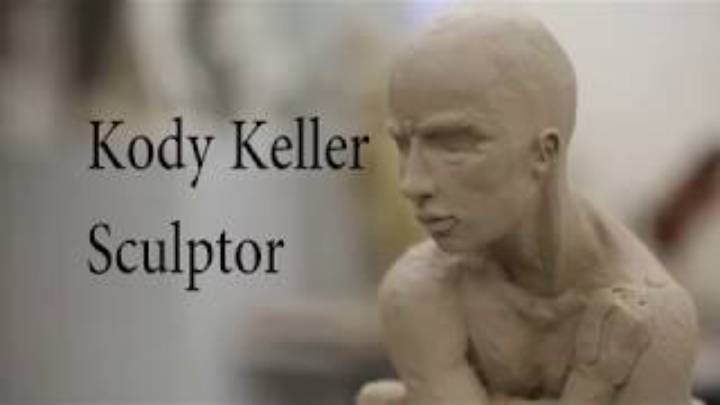 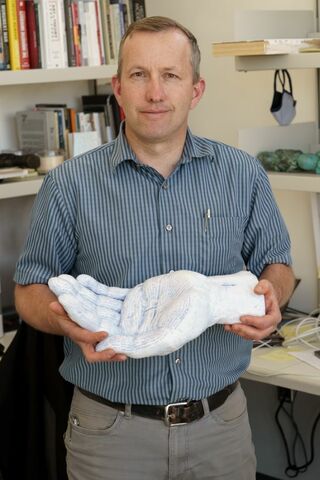 The theme of The Church of Jesus Christ of Latter-day Saints’ 12th international Art Competition is “All are Alike unto God.” For months, Kody Keller, an art professor at BYU-Idaho, pondered how he would bring the theme to life. He came up with several ideas but was not satisfied with any of them.

During the April 2021 general conference, Kody heard Elder Dale G. Redlund quote Isaiah 49:16 — “Behold, I have graven thee upon the palms of my hands; thy walls are continually before me.” After hearing that verse of scripture, he knew what direction his sculpture should take.

He told LDS Living, “When I heard that, I turned to my wife and told her ‘I know exactly what to do for the international competition.’ I wish that I could take the credit for coming up with the idea, but I [truly] believe it was given to me.” 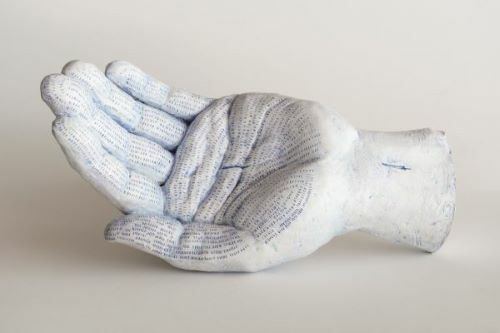 Following the inspiration that he had received, Kody carefully sculpted the Savior’s pierced, outstretched hands. The dimensions of each hand, which are made from fired stoneware, are approximately 16 inches long, 9 inches wide, and 7 inches tall.

He said, “I wanted to make them bigger than just life-size. I wanted them to feel larger than just mortal hands. I wanted people to feel something different when they approached them.”

He borrowed stamps only 1/16th of an inch tall from a coworker and began the “fairly tedious and time-consuming” process of printing about 800 names across the two hands, which took approximately 15 hours to sculpt. He had to work at a fast pace since he began his project toward the end of April and the final cut off for submission was 1 June 2021.

He only had one week per hand to get all the names in before the clay became too dry. While he stamped the names on one hand, he put the other in a bag to keep it moist. The entire process of printing the names took about 30 hours. Once that process was complete, the piece had to fire for about 48 hours, and then Kody spent five hours painting the hollow hands.

I had looked at many [different] ways of going about including names on the hands. I was going to do one hand with my family history and the other hand with my wife’s family history. I had looked at doing people that I have known throughout my life. . .. Ultimately, I wanted the hands to be about inclusion and equality among the children of God. I looked up names around the world that were the most common in each country. I wanted to show that even though you may have the same name as 1000 other people or even one million other people, you matter to our Father in Heaven as if you were the only one. I wanted to show that Heavenly Father cares about every one of us individually no matter how common we feel. 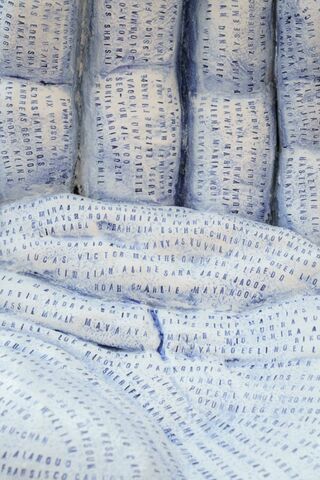 He attributes his wife, Monica, for helping him push through and complete the project on time. He said, “I have an amazing wife who has been very in tune with my needs while attacking this project. She has been an amazing help and I couldn’t have done it without her. I think her name deserves to be associated with this piece as much as mine.”

The project has helped Kody feel a deeper connection to the Savior and those around him. He further said, “I have learned that people want to see their names on the palms of the Lord. We want to know that the Atonement is working in our lives. . .. This piece makes them contemplate their place and the sacrifice of the Savior for them personally. . .. This project made me understand more about His intimate knowledge of each of us.

If Kody’s piece is selected, it can be viewed at an exhibition that will be held at the Church History Museum from March through October of 2022. You can learn more about the competition and exhibition online.